For our second post on Ichmul, we consider the unfinished parish church. 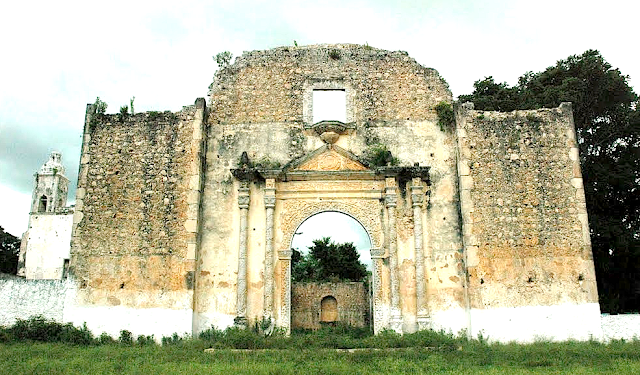 Just before the turn of the 19th century, the foundations were laid for a grand new church next to the Santuario, completed less than twenty years before. 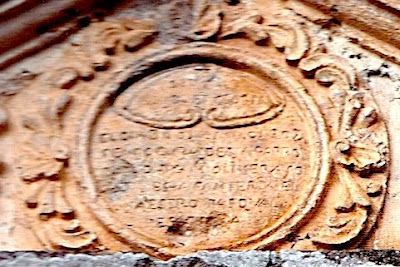 The priest in charge, Jose M. Olivera, again engaged sculptor Maestro Pascual Estrella in the ornamentation and possibly even the design of the new building—his name appears inscribed on a plaque above the west doorway with the date 1802, and we know that he continued to work there in 1804 and 1805. 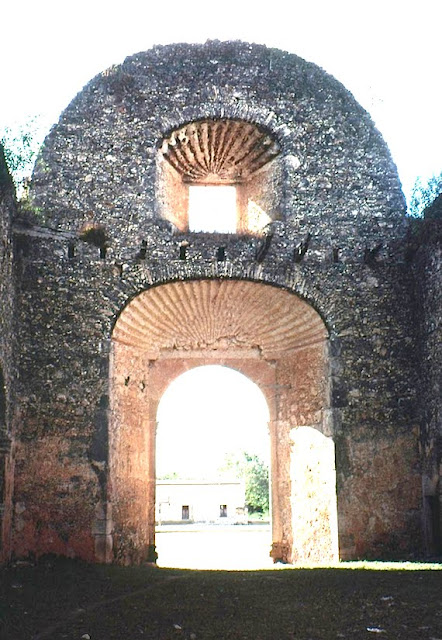 However, this imposing cruciform church was never completed. Despite the fine carving of its shell doorway and choir window, the vast nave remains open to the sky, its expansive stone vault never built. 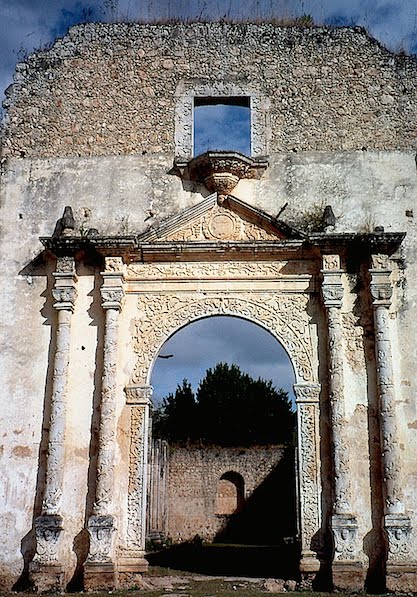 The sober Roman porch, framed by double columns and a simple pediment, is much enhanced by panels of delicate, foliated relief and the sculpted, octagonal choir balcony above it—a signature architectural device of this period in Yucatán. 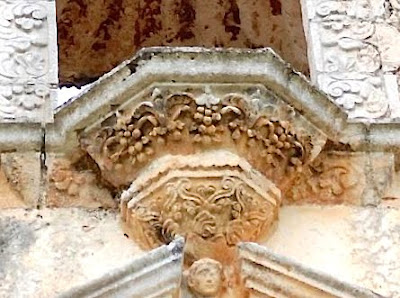 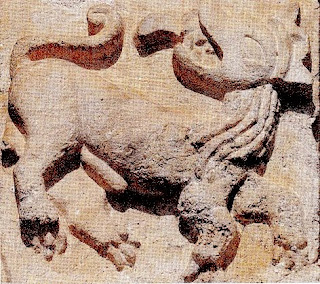 Estrella's hand is evident in the carved sacristy doorway as well as the beautifully worked baptismal font that stands inside. 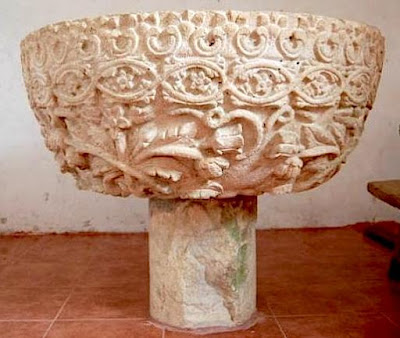 So, why were two huge churches built at Ichmul, one beside the other, only a few years apart? and why was the latter unfinished?.
It may be that the Santuario was too successful; that it could not accommodate the numbers of the faithful who streamed in from across the region, and that larger church was deemed necessary, perhaps to be funded by the pilgrims’ donations.
In any event, the expense and logistics of building another great pile in this still distant part of the Yucatán peninsula proved over ambitious or invited criticism of extravagance. The death of Father Olivera in 1809, the prime mover in the project, may also have been a factor.

text © 2018 Richard D. Perry, with acknowledgments to Miguel Bretos.
color images by the author and courtesy of Miguel Bretos and Júrgen Putz