Mexican Crosses: The "Cristos" of Tzintzuntzan

The atrium cross, which stands on a squared base in the main avenue leading to the church, features the bulbous, flared finials typical of many in the region. 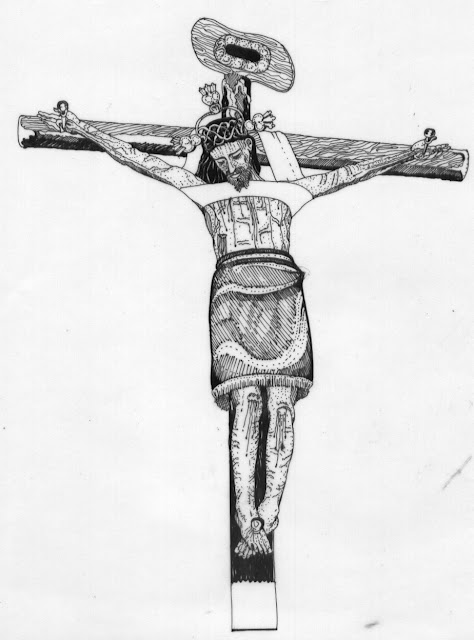 Because of his movable limbs the saint is displayed in various attitudes depending on the season. During the Semana Santa, for example he rests on a bier swathed in embroidered clothes until he is carried out in procession on Easter Sunday.

The Lamentation of Christ
The painted relief of the Pietá, or Lamentation in the cloister is traditional in its composition and iconography: the slumped figure of Christ—closely resembling El Señor del Rescate—is attended by his Mother (above) and Mary Magdalene (below) and, less conventionally, flanked by angels.
Despite its marble like appearance, it is in fact sculpted from pasta de caña.