With the horrors of Halloween and the Day of the Dead coming up, we thought it appropriate to end our series of posts on the Xoxoteco murals with the most grisly images. (sensitive readers, be warned!)

In earlier posts we looked at the Expulsion from Eden and Jaws of Hell scenes on the apsidal wall. Finally we turn to the nave walls which, aside from some genre tableaux of a colonial Spanish couple and some pulque drinkers, are given over to terror inspiring scenes of the torments awaiting the damned in hell—beating, flaying, crucifying, torture on the rack and outright butchery—all zealously administered by a regiment of horned demons.

Flaying was an ancient tradition in Mesoamerica. The god Xipe Totec, also known as Our Lord the Flayed One, was among the oldest Aztec deities. He is usually depicted as a man wearing the flayed skin of a sacrificial victim and was impersonated by dancing priests during the agricultural festival of Tlacaxipeualiztli.


The following scenes from Xoxoteco, closely related to those at Actopan (above), depict in gruesome detail the range of torments and butchery reserved for recalcitrant sinners and the damned in hell. 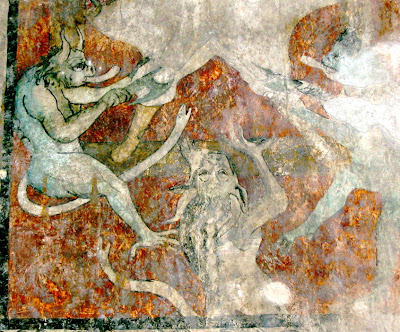 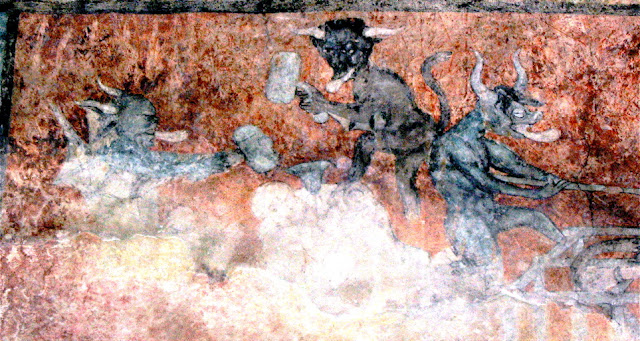 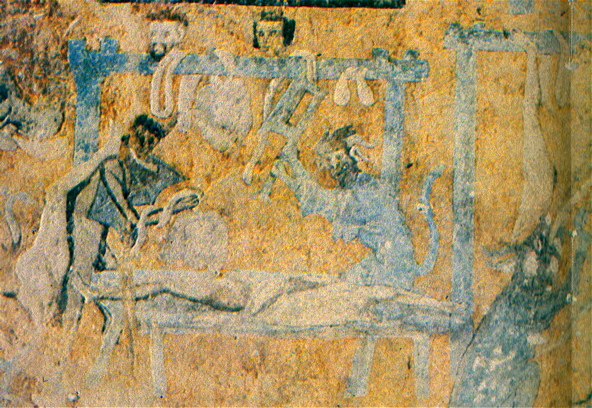 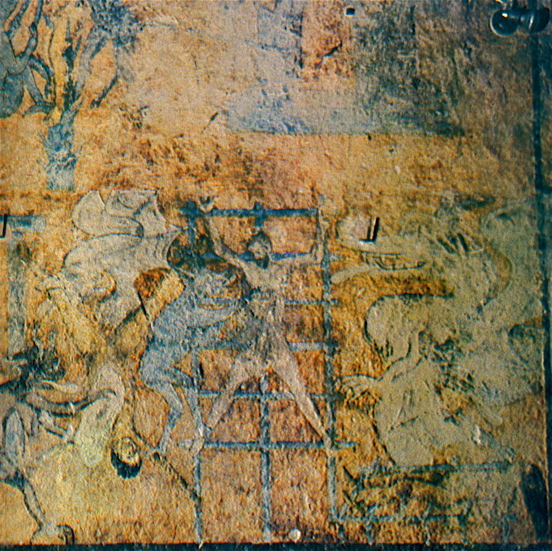