In addition to the venerable Franciscan monastery that faces it across a broad, landscaped plaza, Tepeyanco also boasts the exceptional parish church of San Francisco.
Within a single building, San Francisco houses an extraordinary variety of distinguished colonial art and architecture, notably its colorful, Pueblan style tiled front and contrasting mudéjar brick tower, and an exceptional, late baroque main altarpiece.   In addition to these, San Francisco also features examples of imaginative stone sculpture, carved in a vigorous popular vein. In this and subsequent posts we will explore all these different facets of Tepeyanco. We start with the tiled church front. 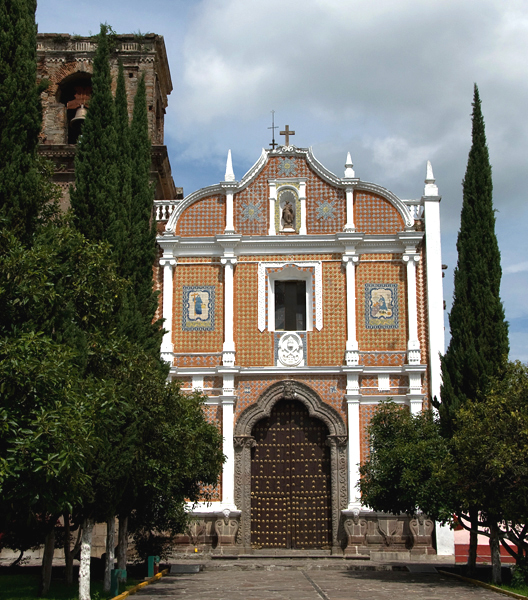 Although lavishly tiled church fronts are most visible in the city of Puebla and its environs, this Pueblan tradition extended well beyond the city and even the state limits. Tepeyanco de Las Flores, some 50 kms distant in the neighboring state of Tlaxcala, boasts an especially handsome and lavish example. 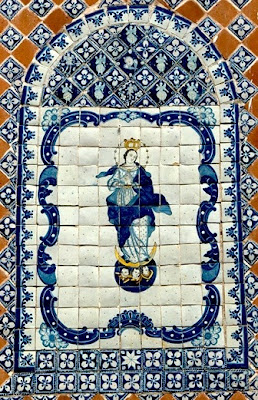 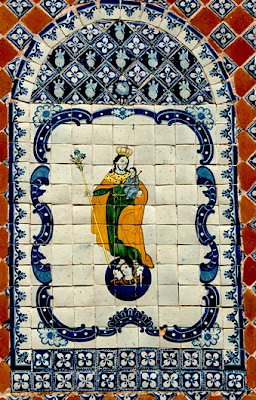 The lobed archway of the entry is flanked by panels portraying, on the left, La Purísima (The Virgin of the Immaculate Conception) and on the right, St. Joseph, identically posed holding the young Christ and his flowery staff.

The simple choir window and relief of the papal escutcheon occupy the upper tier, flanked in turn by panels of the Franciscan saints San Diego de Alcalá (left) and San Pascual Bailón (right) each with his identifying attributes—San Diego with his basket of bread and San Pascual, patron saint of cooks, in the kitchen. 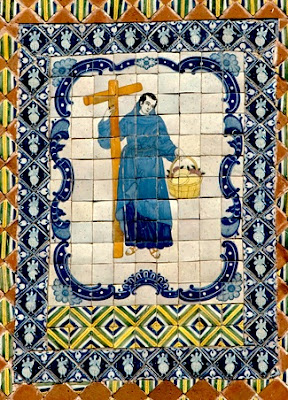 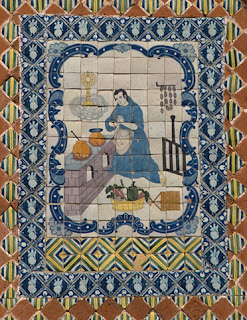 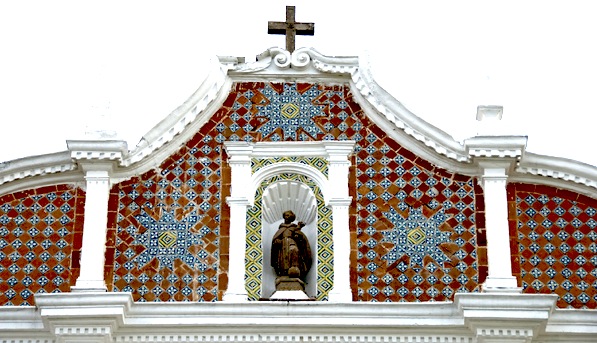 On the gable, geometric starbursts of blue and white azulejos identical to the background tiles are set around the center niche to rather distracting effect. Green and yellow tiles in the center also frame the statue of St. Francis. 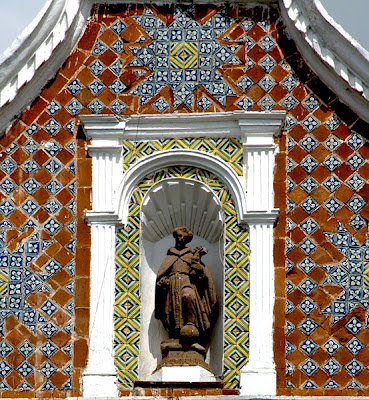 Posted by Richard Perry at 3:46 PM