We continue our discussion of the six lateral retablos in the church nave with the two altarpieces nearest the transepts: those dedicated to San José and that of Los Dolores opposite.
As with their neighbors, the retablos have no supporting elements other than the niche-pilasters, themselves almost eclipsed by the attached statuary and sculptural relief. Like the others they feature densely bescrolled upper tiers and are outlined by broad, ornamental borders with linked clusters of shells.
Also known as the retablo of the Holy Family, the emphasis here is on family genealogy. St Joseph holds the Christ Child in the center niche.  Joseph was the popular patron saint of the evangelization of New Spain and traditionally enjoys special affection in Mexico.
Joseph is flanked by large figures of Saints Joachim and Anne, the parents of the Virgin Mary, gesturing in voluminous cloaks: together with Jesus, Joseph and Mary, they make up the Holy Family or Cinco Señores.  Smaller statues of the rarely portrayed parents of St Anne (Emerentia and Stollanus) appear on either side.
The bearded figure of John the Baptist, the cousin of Jesus, stands atop the retablo, again accompanied by statues of his parents, saints Zacarias and Isabel. 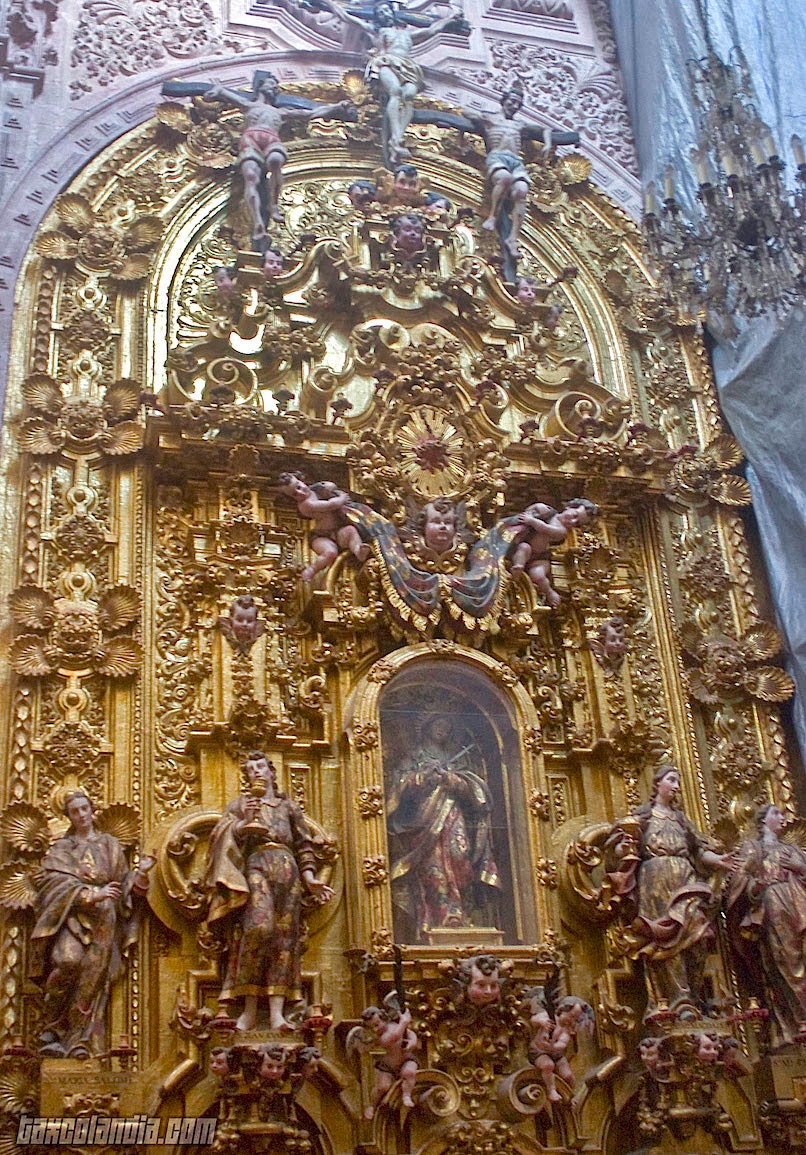 Los Dolores
The agonized but sumptuously costumed figure of the Virgin of Sorrows is enclosed in the center vitrine, flanked by the traditional mourning figures of the Three Marys, including Mary Magdalene, and the youthful St John the Evangelist grasping the poisoned chalice.  Below, angels hold the Instruments of the Passion.
The Passion theme of the retablo is further emphasized by the trio of crucified figures at the top: Christ, flanked by Dimas and Gestas. 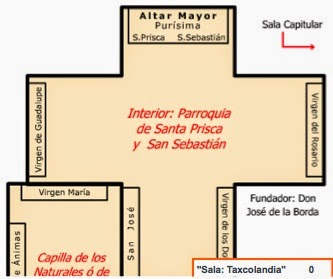