In our previous post we looked at the exquisite altarpiece of San José, situated in the apse to the right (south) of the main altarpiece in the cathedral of San Cristóbal. 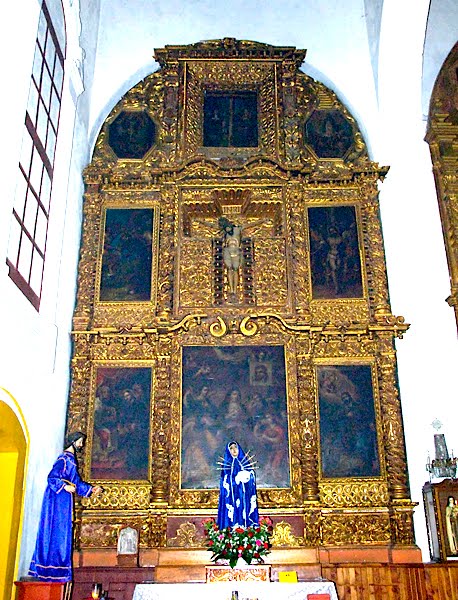 Here we describe its counterpart, known popularly as the retablo of El Perdón, now located on the north side of the apse, which was also moved here from the the former Jesuit city church of San Agustín. 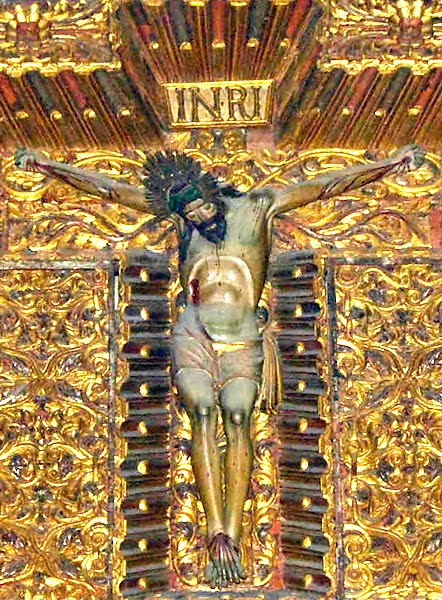 Like the San José altarpiece, this handsome retablo has been recently restored and features notable works of colonial art set in a gilded tapestry of spiral columns and filigree ornament.
It showcases a venerable, scarred statue of Christ Crucified and traditionally functioned as a stopping place for pilgrims and penitents visiting the cathedral. 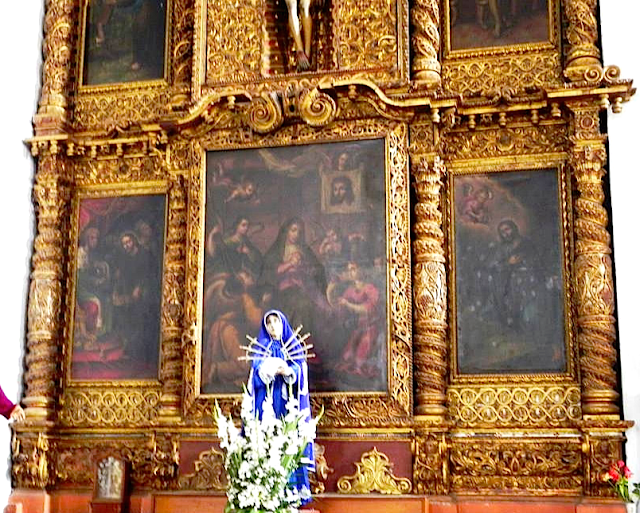 Officially the altarpiece is dedicated to Our Lady of Sorrows—the subject of the large painting at its center. With its accompanying panels, this painting is known to be by Juan Correa the Younger, the scion of a dynasty of celebrated Mexican baroque artists.
In an unusual portrayal, it depicts the Virgin of Sorrows surrounded by angels holding various objects associated with Christ's Passion. 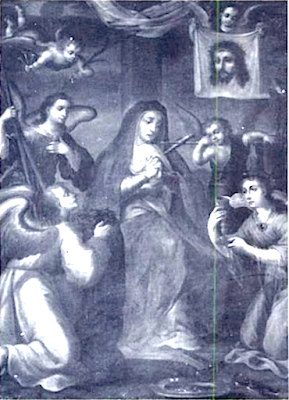 for more on colonial Chiapas consult our guidebook
Posted by Richard Perry at 9:03 AM