In our second post on Santo Tomás Ixtlan we take a closer look at the remarkable variety of gilded baroque altarpieces lining the nave of the church. 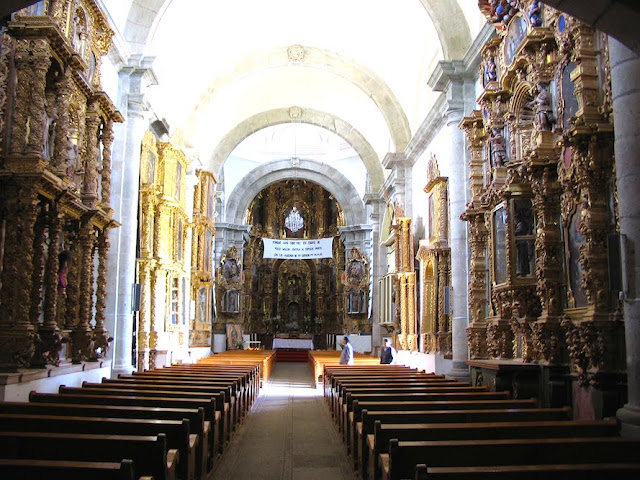 Lofty domes and groin vaults cap the church interior, with dates in the later 1700s inscribed on the arches. Its principal glory however, is the impressive assemblage of fourteen gilded baroque altarpieces—a vast artistic as well as financial investment for a rural Oaxacan parish, reflecting the influx of mining wealth in the mid-1700s.

The altarpieces fall into two main categories: first, those along the nave, which are mostly designed in the classic, compartmented Oaxacan "solomonic" tradition, and then those in the sanctuary and transepts, which are larger, later, and more lavishly fashioned in the sumptuous Mexican Churrigueresque, or barroco estípite style. 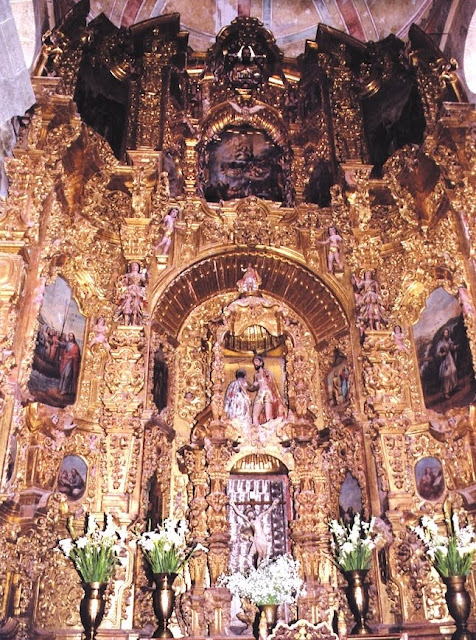 In this second category, the majestic main retablo stands out like a gilded grotto. Dating from the same period as the facade relief, it rises high into the vault of the apse, thrusting forward at the sides. Giant estípites are richly encrusted with ornament, incorporating classical herms and skirted archangels, set against a filigree like background of spiraling, golden foliage. 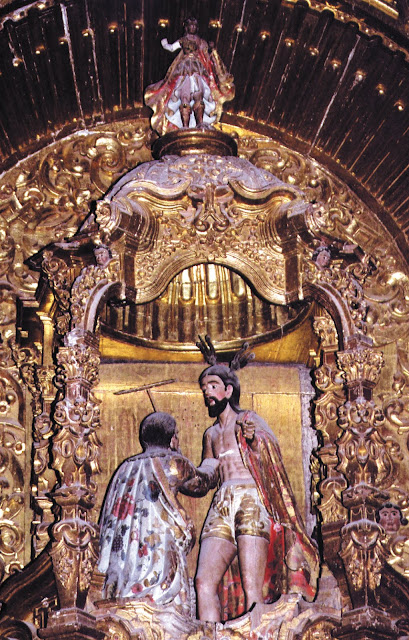 The recessed central canopy encloses a swagged, grotto like niche containing another tableau of Christ and St. Thomas—the church patron, who also appears, as we saw, on the facade. The transept altarpieces are similar in design to the main retablo, although executed in a flatter, even more ornamental vein—more in the opulent Queretaran style, notably that dedicated to the Virgin: of La Candelaria on the south side, with a crucifix silhouetted against the window opening. 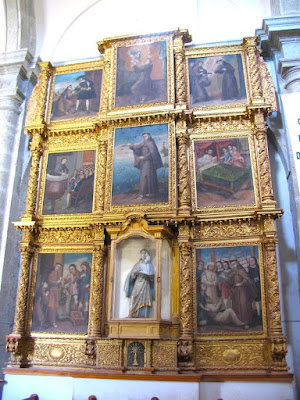 The retablos of St. Anthony of Padua and the Passion of Christ, on the north side of the nave (above), follow the traditional Oaxacan pattern, with spiral columns and jutting cornices with dangling pendants and a profusion of gilded ornament, as do the retablos of the Holy Trinity and St. Catherine of Siena opposite. 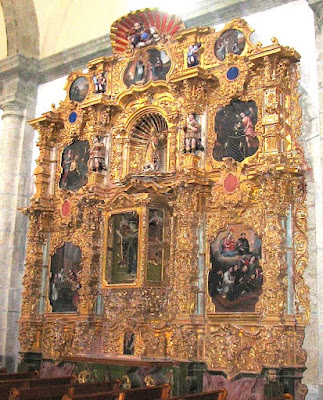 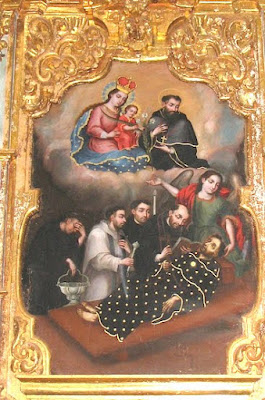 Near the choir, the brightly gilded altarpiece of St. Nicholas of Tolentino showcases colorful paintings illustrating the life and death of the saint, rendered in a popular style with gilt and silver accents, and signed by one "Ionnes Antonius"—believed to be the regional artist Juan Antonio Chavez. 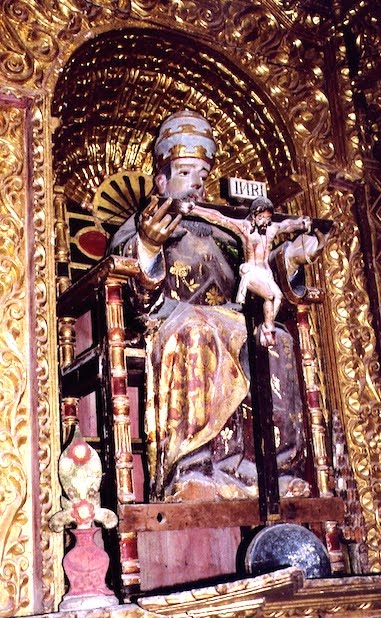 Other art works of interest at Ixtlan comprise this classic Oaxacan style statue of the Trinity as well as individual paintings of quality, including a melancholy portrait of St. Catherine of Siena and a charming Last Supper with the Four Evangelists.

text © 2006 & 2017 by Richard D. Perry
legacy color images by the author and courtesy of Felipe Falcón and Niccolò Brooker

Posted by Richard Perry at 1:40 PM