Churches of the Yucatan frontier: Peto, Petulillo and Pascual Estrella

After long years of neglect, the imposing frontier church of Petulillo, on the Yucatán/Quintana Róo border, is finally undergoing cleanup and restoration. Although damaged and abandoned during the calamitous 19th century Caste War, this former visita of the grand neighboring church of Asunción Peto, retains its massive limestone walls and interior barrel vaulting. 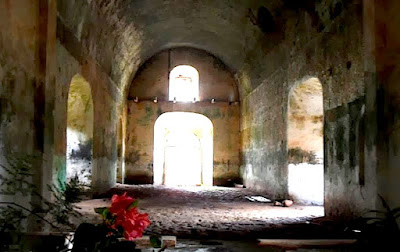 Although the church was long ago stripped of its more perishable furnishings, a single, carved wooden beam from the choir loft has survived in place, all the more remarkable for its fine foliated decoration—a great rarity in Yucatán.* 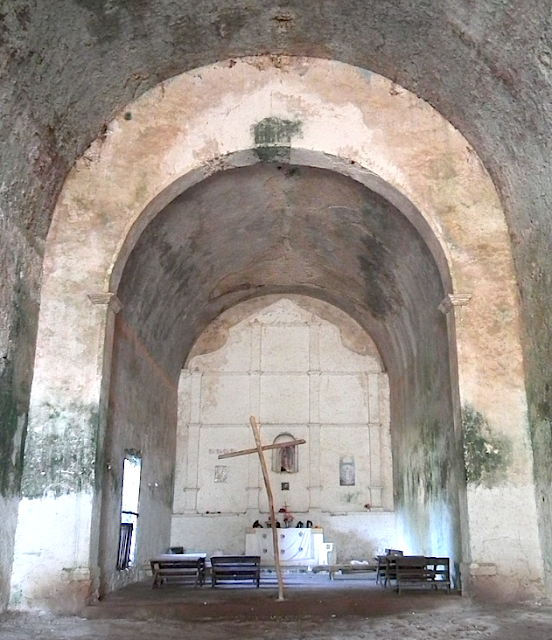 The imposing sanctuary arch also remains, framing the remnants of a neoclassic stone retablo in the apse. 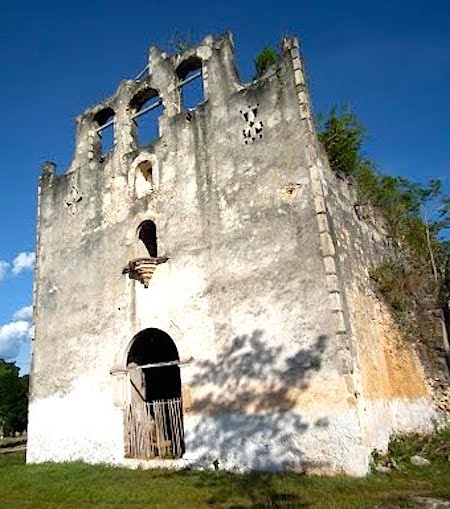 Petulillo boasts a lofty facade, with pierced and ornamented openings and capped by a triple espadaña. Undulating parapets top the nave walls, also pierced with stars.

Although undocumented, some elements of fine stone carving in the church may represent more work by the talented Mayan sculptor Pascual Estrella, whose oeuvre we have described in earlier posts in this series. 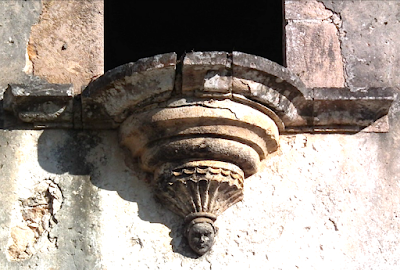 The items in question are first, the elegant corbeled balcony below the choir window, a signature element in frontier church architecture, other examples of which are either attributed to or known to be the works of Maestro Estrella—at Chemax, Sabán and the especially ornate example at Petulillo's mother church of Peto.

A second and even more interesting item at Petulillo is the large baptismal font inside the church, which has miraculously survived the centuries, although now in two pieces. 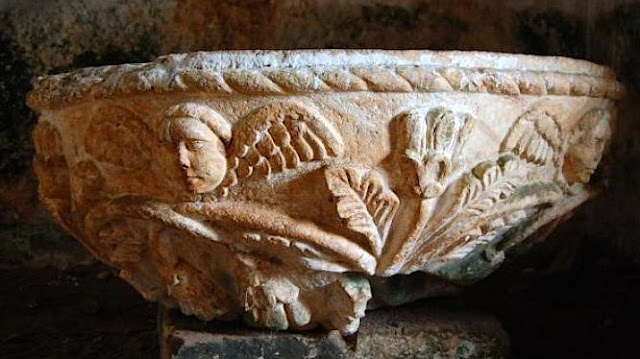 The font is closely related in style and sculptural quality to Estrella’s other fonts at Chikindzonot, Hunucmá and Tihosuco. Around the broad basin, angels' heads float above a boldly carved thicket of luxuriant foliage and blossoms. And another carved cherub raises his arms in support on the detached base of the font. 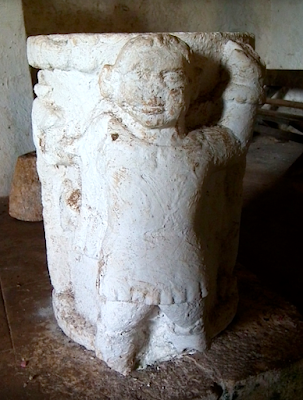 * The exceptional carving of this unique relic suggests a skilled hand—could it be of Pascual Estrella?  If so, this may be the only extant example of his work as a wood carver.
text © 2018 Richard D. Perry
images by JB Johnson, Miguel Bretos, Edwin Baas Garcia and online sources
Please visit our other pages on the frontier churches of Yucatán:
Chemax; Chikindzonot; Ichmul; Sacalaca; Sabán; Peto/Petulillo; Huaymax/X-querol;
Posted by Richard Perry at 11:28 AM