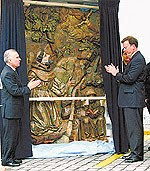 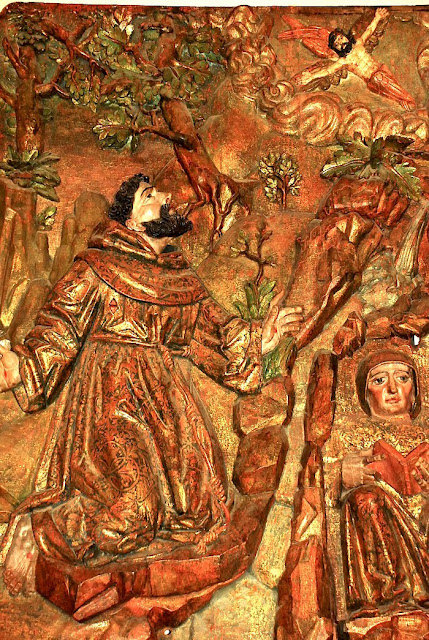 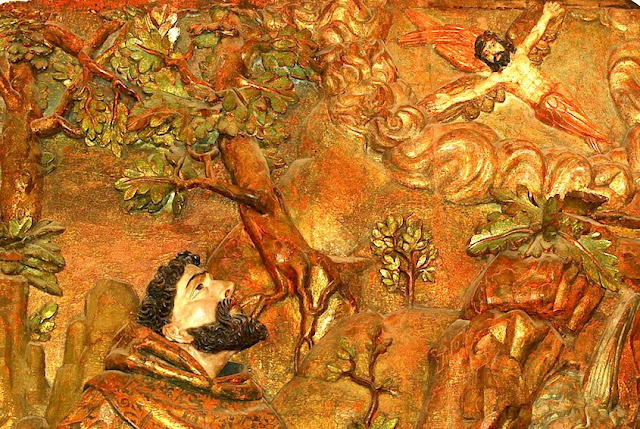 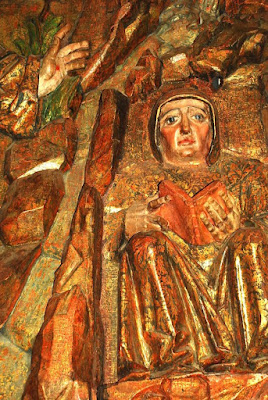 Brother Leo, Francis' companion, stares expressionless in the corner, seemingly oblivious to the miracle unfolding above him.
In our view, this beautifully realized work of art is the finest of only a tiny handful of colonial reliefs portraying this event.
text © 2018 Richard D. Perry
color images of the relief © Felipe Falcón
*see our previous posts on Tochimilco: The Open Chapel; The Fountain; The Murals;
Posted by Richard Perry at 1:05 PM