We continue with our coverage of churches of interest in the region of northern Puebla with a look at La Natividad Patla. 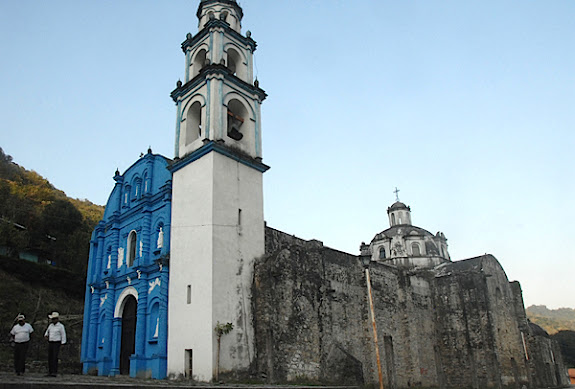 This unassuming church and community is found near Zacatlan close to the Vera Cruz border. 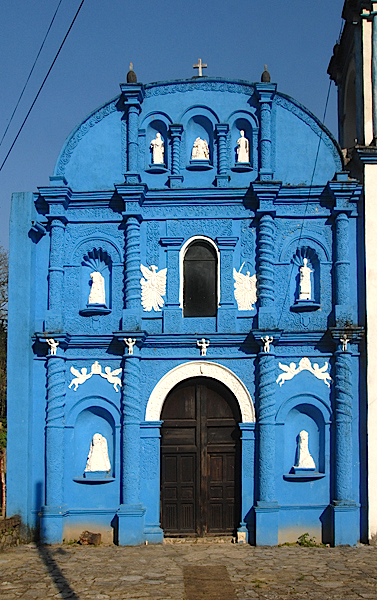 The 17th century church was refaced in late colonial times with a folk baroque front currently painted bright blue. Although much of the foliated facade ornament is blurred by successive applications of paint, heavily whitewashed statuary and whimsical angel reliefs provide some contrast. 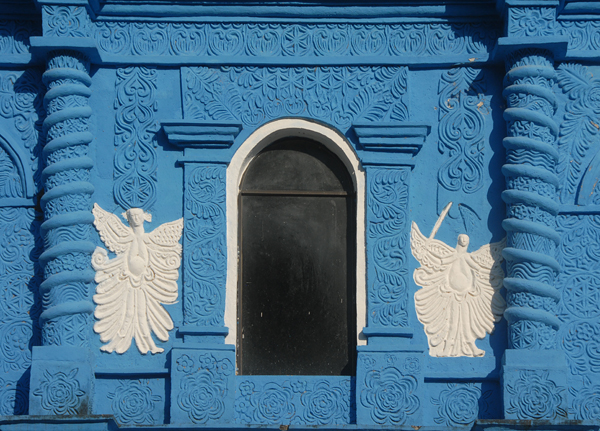 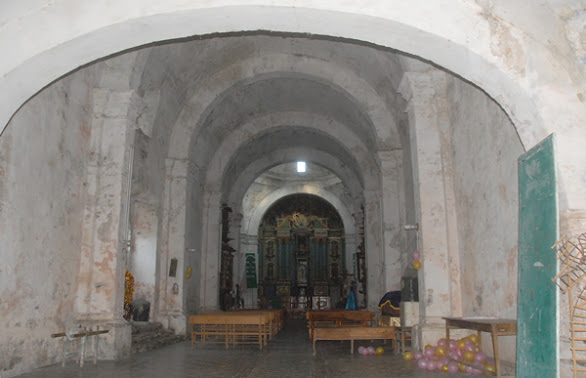 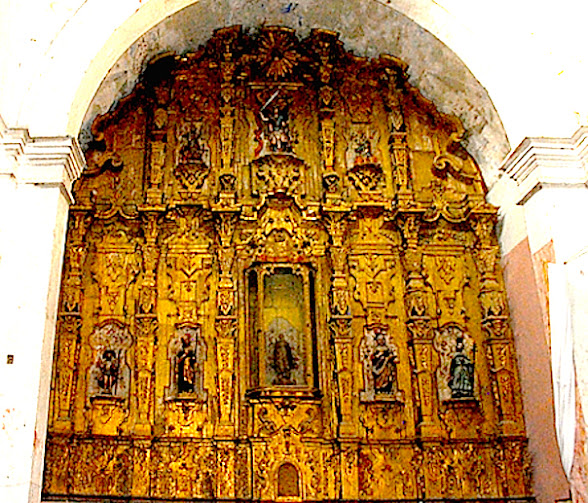 The bleakness of the largely bare nave is partially relieved by the gleaming colonial altarpiece in the north transept, fashioned in late baroque style, its ornate gilded niches neatly divided by estipite pilasters. 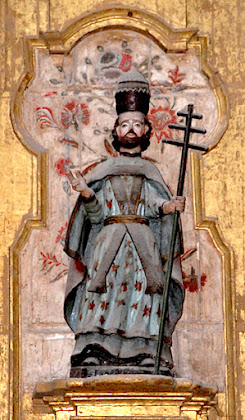 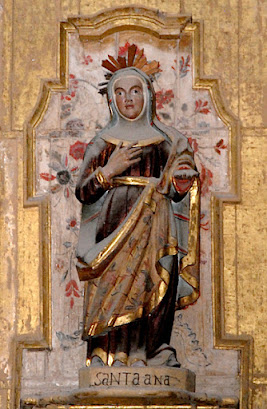 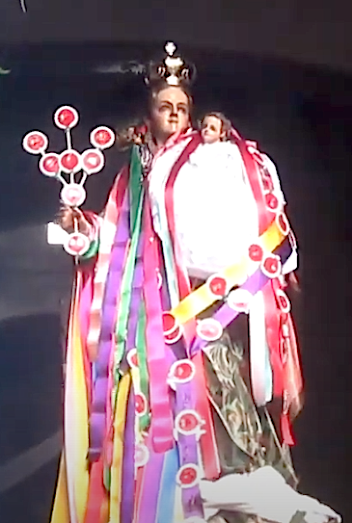 The image of the Virgin of the Nativity rests in the undistinguished main retablo, emerging on her feast day to circulate through the pueblo in procession.
text © 2021 Richard D. Perry
images © Niccolo Brooker and from online sources.
Posted by Richard Perry at 2:10 PM