For the last in our new series on Yucatán, we showcase a now rare feature in colonial era churches and chapels.

While many residential structures in Yucatán have palm thatched roofs, few religious buildings are now so covered. While most mission churches in early colonial times bore thatched roofs or ramadas, most were later replaced by some form of wood or masonry vaulting. 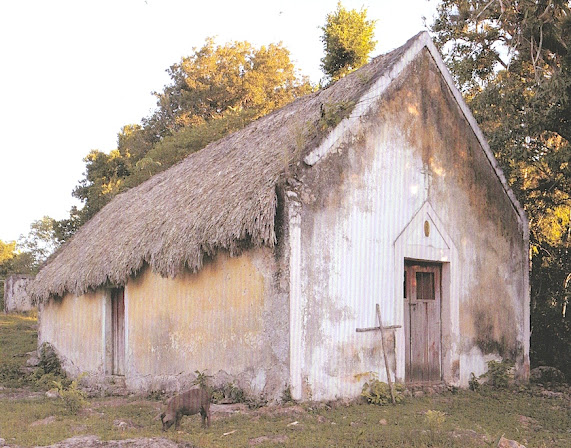 La Candelaria chapel
One recent exception that has come to our notice is the tiny Candelaria chapel at Tixhualatún, near Peto in the southern tip of the state of Yucatán, although probably of fairly modern construction. 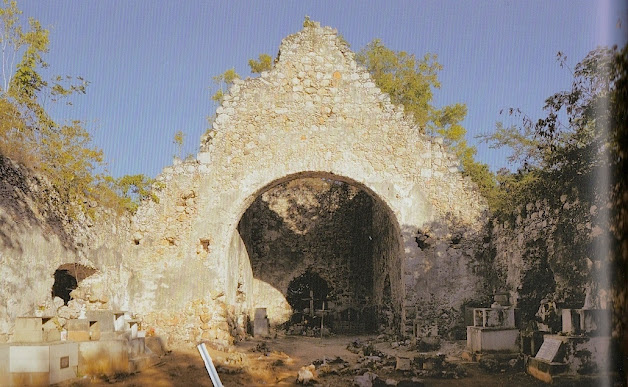 roofless nave & sanctuary
The original mission of San Francisco Tixhualatún remains in ruins, a victim of the Caste War that raged through the region in the mid 1800s. Its roofless masonry nave serves as a cemetery, and the old stone font stands beside the south wall.
text © 2021 Richard D. Perry
color photography courtesy of Jurgen Putz
Posted by Richard Perry at 12:34 PM