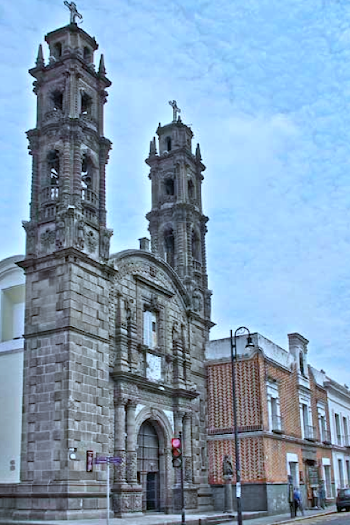 The church is conspicuous for its dome covered in Talavera tile and its two lofty towers rebuilt in the mid-20th century.
The church, dedicated to La Purísima, the Virgin of the Immaculate Conception, was built between 1676 y 1687 by the noted local  architect Carlos García Durango, and is one of the most attractive examples of the barroco poblano style. 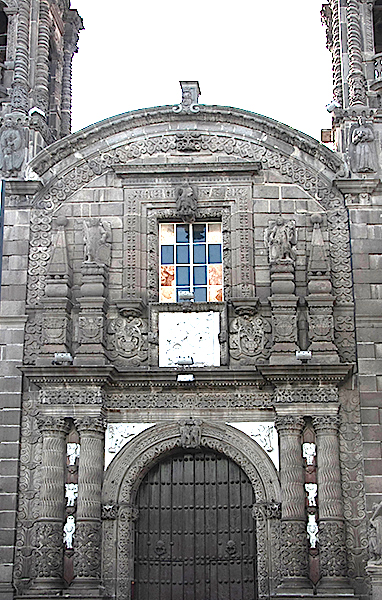 On the main façade of the church, fashioned in traditional poblano style from sober gray basalt, the most striking feature is an alabaster relief that represents a scene from the Book of the Apocalypse of Saint John.
According to the biblical text, the saint, represented on the right of the relief with pen and book, observed a winged woman dressed with the sun and the moon at her feet, crowned with twelve stars, standing above a dragon with seven heads and ten horns. 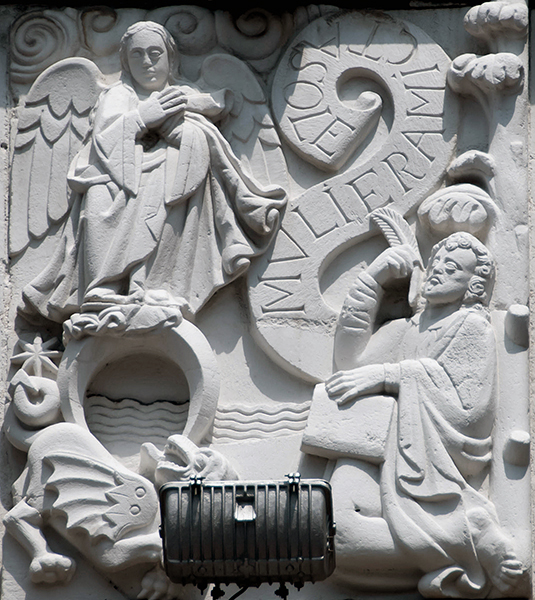 Above Saint John's head is written the Latin phrase mulier amicta sole, which means "woman clothed with the sun." Figures of the three principal archangels stand on pedestals in the upper facade. 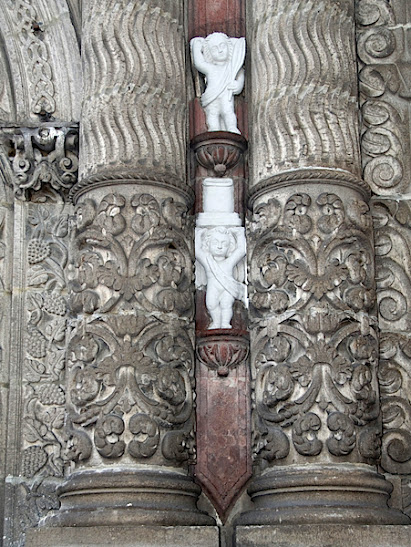 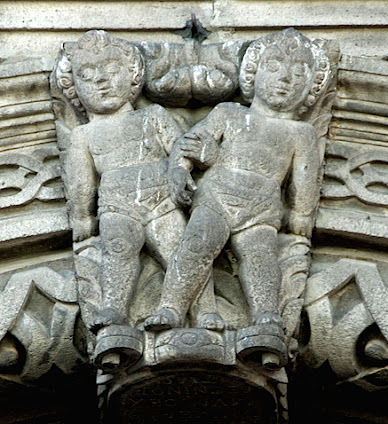 A pair of cherubs project atop the keystone. 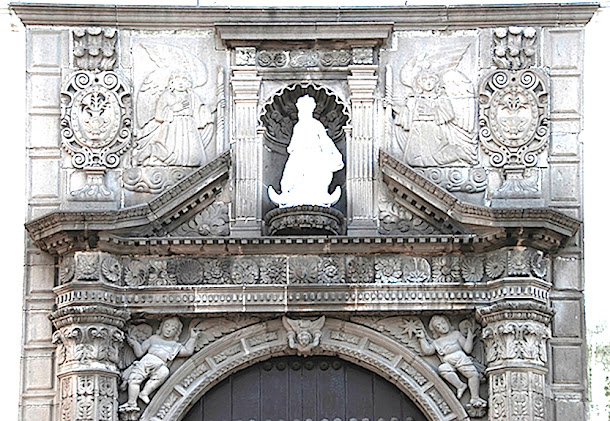 The side façade is also of special interest. Ornamental octagonal half columns flank the entry arch. The angel holding up the half moon at the keystone is flanked by statues of angels bearing sun and stars. Other symbols of the Virgin Mary such as a mirror, a tower, the palm and the well, also appear on the facade. 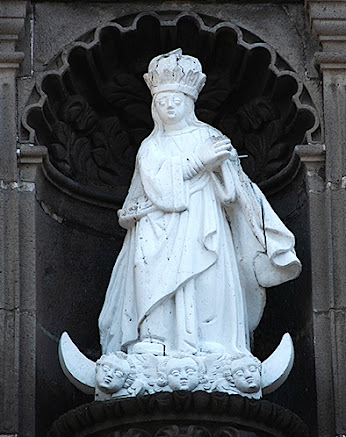 In the niche above the doorway there is another striking alabaster sculpture, this time of the Virgin of the Immaculate Conception herself, flanked by winged angel reliefs with candelabra.
text © 2022 Richard D. Perry
photography courtesy of Niccolo Brooker
Posted by Richard Perry at 1:29 PM