The chapel of the Third Order is one of several buildings in the precincts of the cathedral of Texcoco, formerly a major Franciscan monastery and evangelical center.
Also known as the "Expiatory Temple", it was founded in the late 1500s to serve the lay Third Order of Franciscans, but essentially rebuilt in the early 1700s. 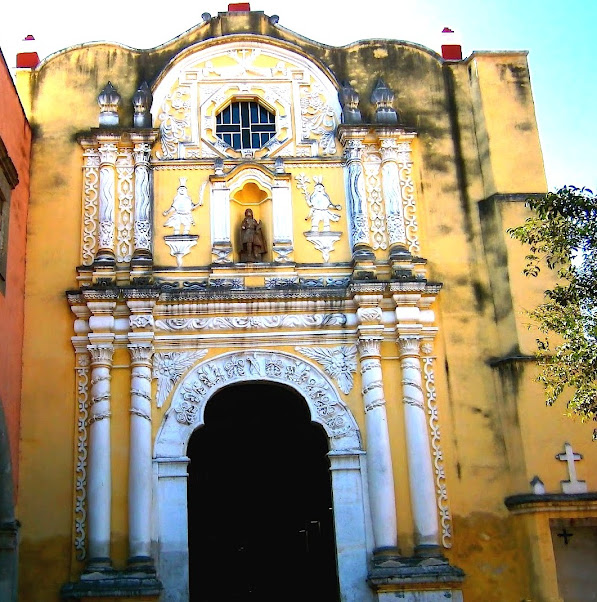 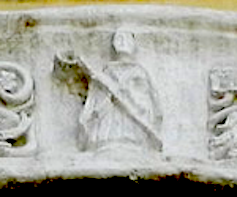 Paired tritostyle columns with wavy fluting — barroco de estrías móviles— flank the upper level, where relief archangels with Indian plumed headdresses stand on corbels to either side of a stone statue of an unidentified figure, thought to portray St. Philip of Jesus, a Franciscan and the first Mexican saint. 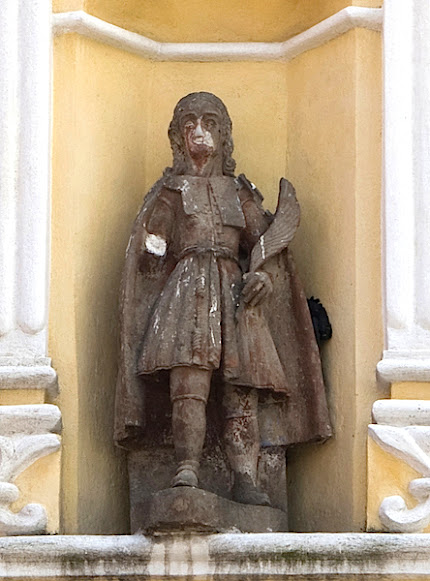 The Franciscan crossed arms are emblazoned above the octagonal choir window. 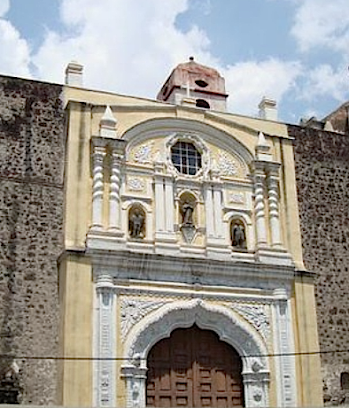 The Cathedral entry
The entry is related to the nearby side entry of the cathedral which is more complex, with a lobed, moorish inspired doorway adorned with rosette reliefs and octagonal window. Paired spiral columns and plain pilasters on the upper level flank three sculpture niches occupied by statuary.

The Chapel Interior
The main event here is the sumptuous gilded main altarpiece, fashioned in late baroque estípite style and now dedicated to the Virgin of Guadalupe whose image stands in the center. 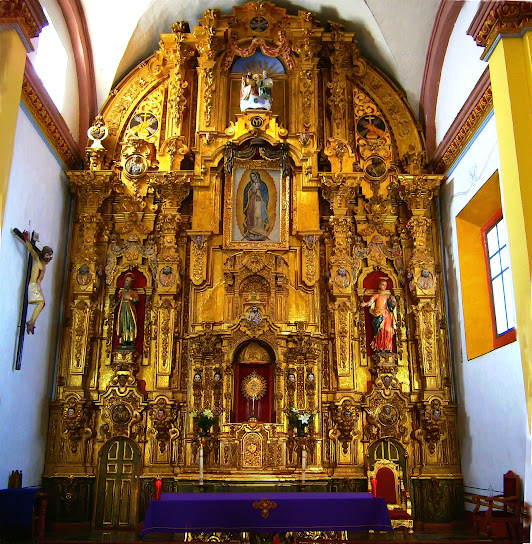 main altarpiece
Statues of Saints Joachim and Anne occupy the lateral niches.
This retablo is very much in the style of the main retablo in the cathedral, and may well be from the same workshop. 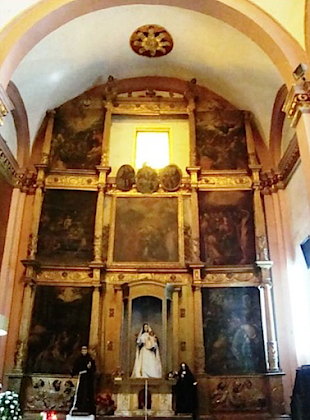 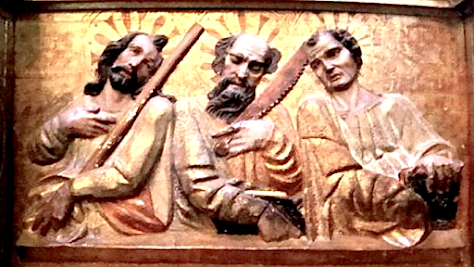 There are also retablos in the transepts, one of which on the south side appears somewhat earlier and is notable for relief portraits of rugged apostles on the predella level. 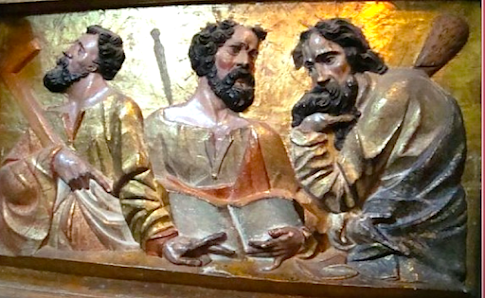