We continue our series on the lesser known churches in the city of Oaxaca with posts on the two Carmelite foundations, Carmen Alto and Carmen Bajo, starting with the former.
The convento of Carmen Alto was founded on the site of an Aztec temple, dedicated to their maize deity Centeotl, and probably the location of even more ancient devotions. The temple primarily served the Aztec garrison quartered on the nearby Cerro Fortín and became a focus of pilgrimage, ceremonies and human sacrifice.
Anxious to stamp out the old religion, the Spanish erected a cross and chapel here in the 1500s, transforming the pagan festival into the feast day of Our Lady of Perpetual Help.
This modest chapel was replaced in the late 1600s by the Carmelite monastery, intended for the exclusive use of the Spanish population.
Although much of the large, fortress-like convento has been converted to other uses, including a former prison, the church endures, skirted by an L-shaped, walled atrium with two pedimented gateways bristling with merlons. 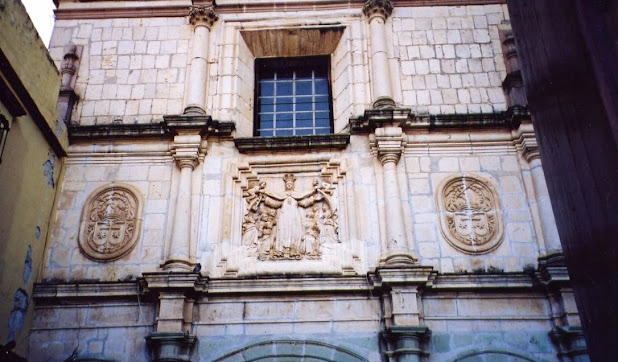 In front of the main west entrance to the church stands the best preserved original section: a broad, arcaded portico or narthex—a common feature of Carmelite churches in Mexico. 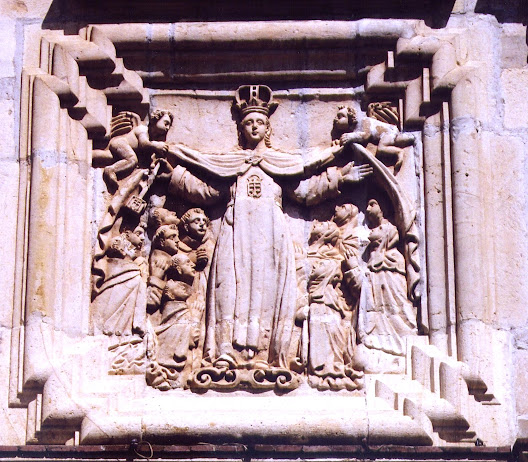 Above the arcade, a large relief in a fretted frame shows Our Lady of Mt. Carmel sheltering friars and nuns of the Carmelite order beneath her ample cape. Oval medallions of the Carmelite insignia—a cross and three stars beneath a coronet—are prominently emblazoned on either side. 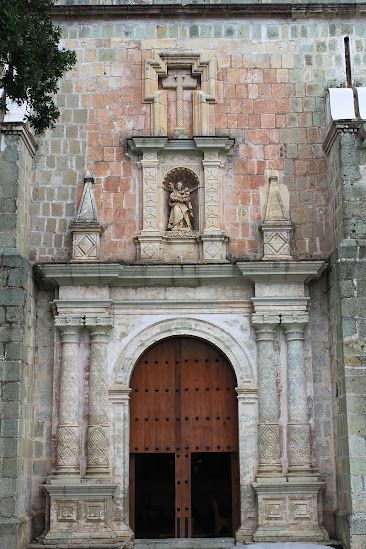 text 2005/2022 Richard D. Perry
pictures by the author and from online sources

Posted by Richard Perry at 1:25 PM