We cannot leave our review of Mexico's aqueducts without mentioning the Aqueduct of Xalpa, better known as Los Arcos del Sitio.
It was built by the Jesuits, under the supervision of Father Santiago Castaño, to bring water from the Oro River to their great monastery and college at Tepotzotlan as well as the hacienda at Xalpa. 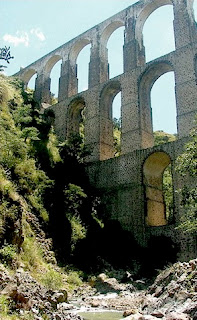 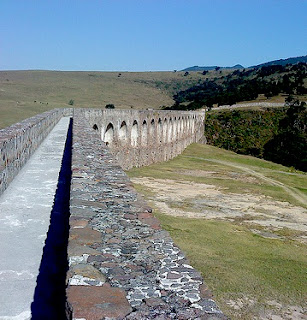 This monumental structure is the highest aqueduct in Latin America, reaching 61 meters at its height with four levels of arches above the Sitio gorge for which it is named. It is also one of the longest at almost 42 kilometers 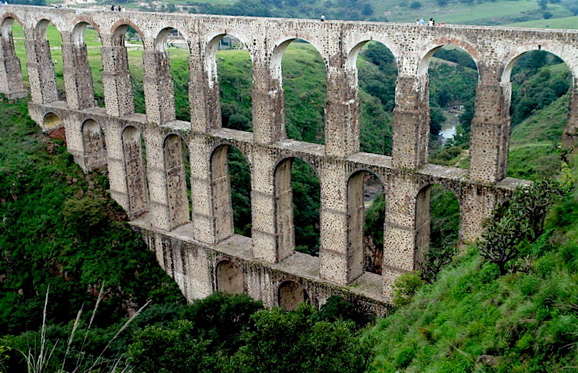 It was still unfinished when the Jesuit Order was expelled from Mexico in 1767, but was finally completed in the late 19th century by Manuel Romero de Terreros, one of the Counts of Regla, who owned mining haciendas in the area.


Interestingly, a single arcaded section of the aqueduct is portrayed in a colonial mural that adorns the rear entry to the convento at Tepotzotlan.

Today, the aqueduct is now part of a conservation and recreation area and is accessible to the public

Posted by Richard Perry at 4:29 PM