We resume our posts showcasing the colonial religious monuments and art of Michoacán with a look at the distinctive features of the mission church at San Juan Bautista Capacuaro. 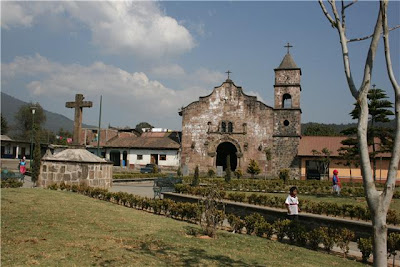 This indigenous purépecha settlement in the heart of the volcanic highlands, or meseta tarasca, of western Michoacán is dominated by its 16th century Franciscan church of San Juan Bautista. The elongated plaza—the former mission atrium—has been recently re-landscaped and still retains its carved stone cross. 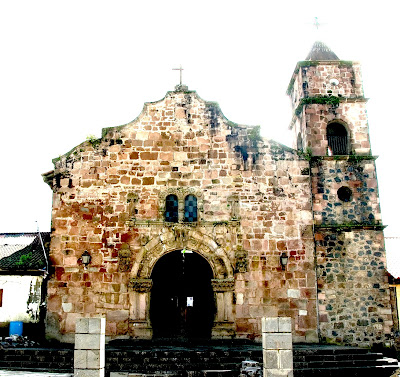 The much reconstructed church front of irregular, honey colored stonework is typical of the regional style, featuring a divided choir window and separate tower—in this case adjacent to the church rather than apart as at San Nicolás del Obispo. 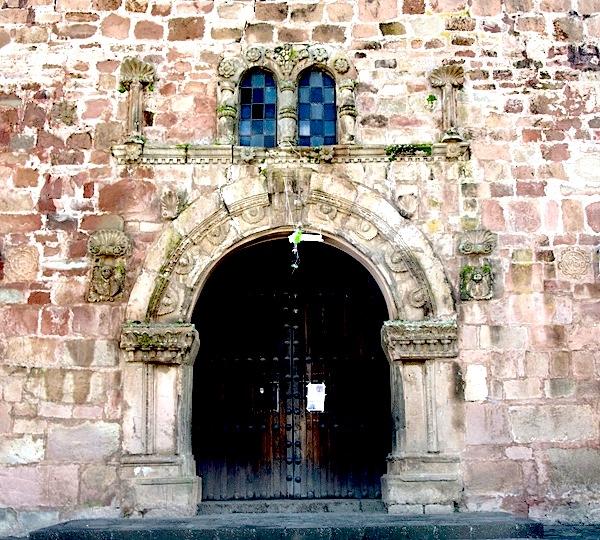 Rosettes and shell reliefs—another regional motif—crowd the facade, some set on pinnacles and others crowning the busts of angels, who bear distinct Indian features. The broad arch of the doorway encloses a thorn-and-ribbon molding and winged angels' heads. 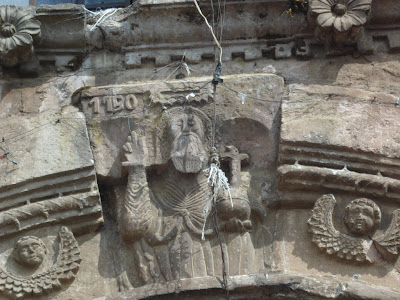 A primitive, dated relief of El Padre Eterno (God the Father)—possibly a later addition—complete with orb and cross, gestures in benediction from the keystone of the archway, which is surmounted by a crown of thorns. 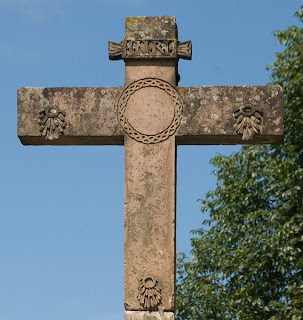 The stone atrium cross is simply carved with stylized bleeding wounds on the arms and shaft, with a ring like crown of thorns motif at the crossing.


The original church had three naves, basilican style, roofed with cedar beams resting on carved zapatas.  The retablo mayor is in Churrigueresque style, carved in cedar with granite altar steps. There are two other baroque altarpieces (images to follow). 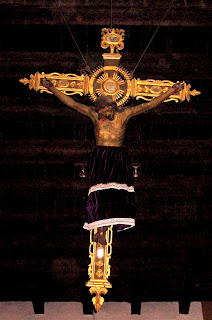 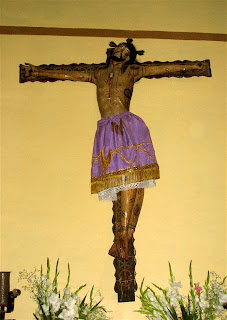