In early colonial times the great priory of Santos Reyes Metztitlan was the hub of Augustinian missionary work in the region of what is now Hidalgo in central Mexico.
To more efficiently carry out this task numerous visita missions were established in outlying areas of its jurisdiction or doctrina. Initially these were simple open chapels served by circuit riding friars, although some were later adapted into larger but still modest mission churches.  In this series we look at some of the most interesting surviving examples. 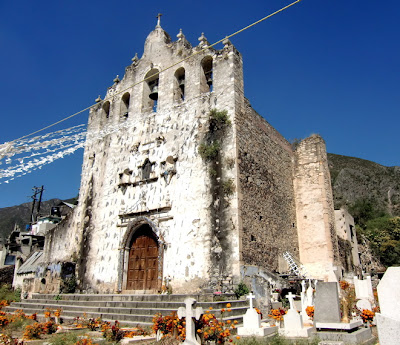 Magdalena Xihuico
Located some ten kilometers south of Metztitlan, just off Rte 37, the church is set within an irregular polygonal walled atrium and dates from two periods.
The present nave with its cliff like facade dates from the later colonial period. Its undulating espadaña gable is pierced by a row of bell openings in the style of Metztitlan. 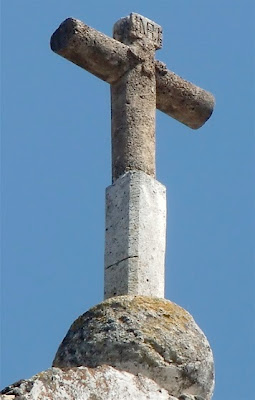 A carved stone cross stands atop the gable. 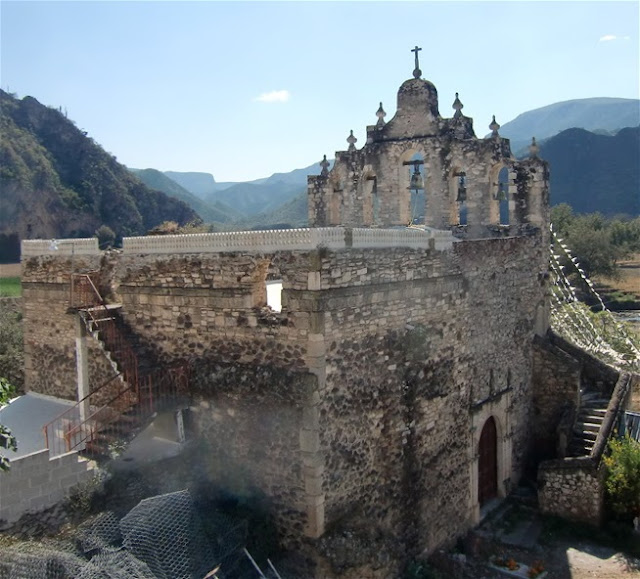 The large, 16th century open chapel forms the present apse together with a two smaller rooms at the rear—the former friars' quarters.
This is the more sturdy structure and also the more skilfully finished. A broad band of lighter, smoother cut limestone, situated above the walls of dark tezontle, borders the chapel on all sides below the upper parapet.
Within this band is a continuous disk frieze sculpted from contrasting darker basalt. All the disks bear religious monograms or the insignia of the Order in typical Augustinian fashion, however it is most unusual to find them emblazoned other than on the front of the church.
Resemblance to the disk friezes found on certain pre hispanic buildings, notably the tecpans that housed native nobility before and after the conquest, is striking.