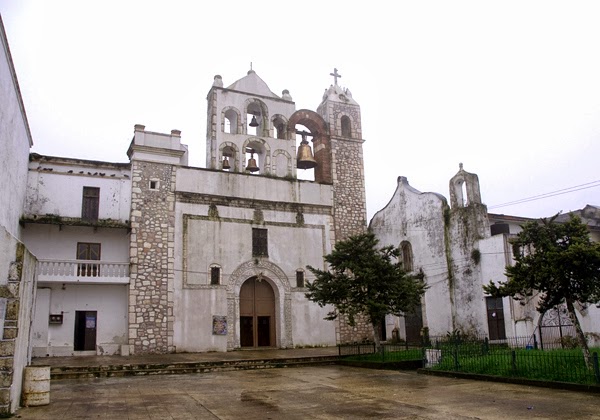 The original 16th century open chapel of Santa Maria, with its added front, is framed by the nave of a later church on one side and the little Dolores chapel on the other. 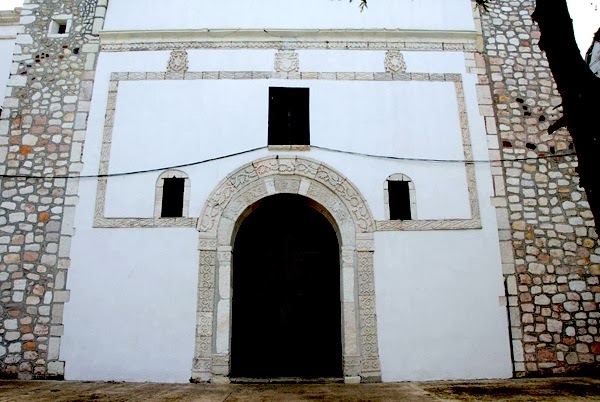 This harmoniously geometrical facade displays enhanced features typical of the region: the large, rounded entry, framed by a double archway carved with entwined, foliated reliefs, is surmounted by a large, rectangular alfiz, also carved, above which are placed heraldic escutcheons of Augustinian insignia. 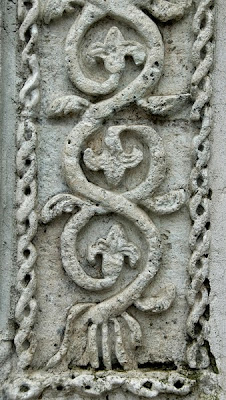 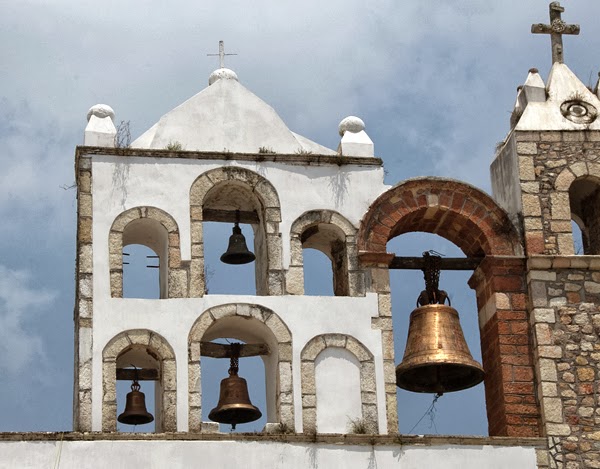 Atop the classic square front we see a typical regional mix of belfries, espadana and diminutive tower. 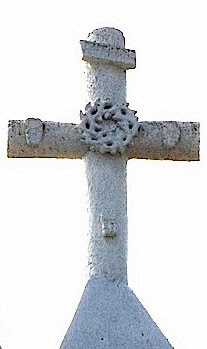 The only cross in evidence at Zacualtipan is that mounted atop the tower, fashioned in the regional manner with a circular Crown of Thorns at the axis and three protruding drippy Wounds on the arms and shaft.

We accept no ads. If you enjoy our posts you may support our efforts
by acquiring our guidebooks on colonial Mexico
Posted by Richard Perry at 1:42 PM