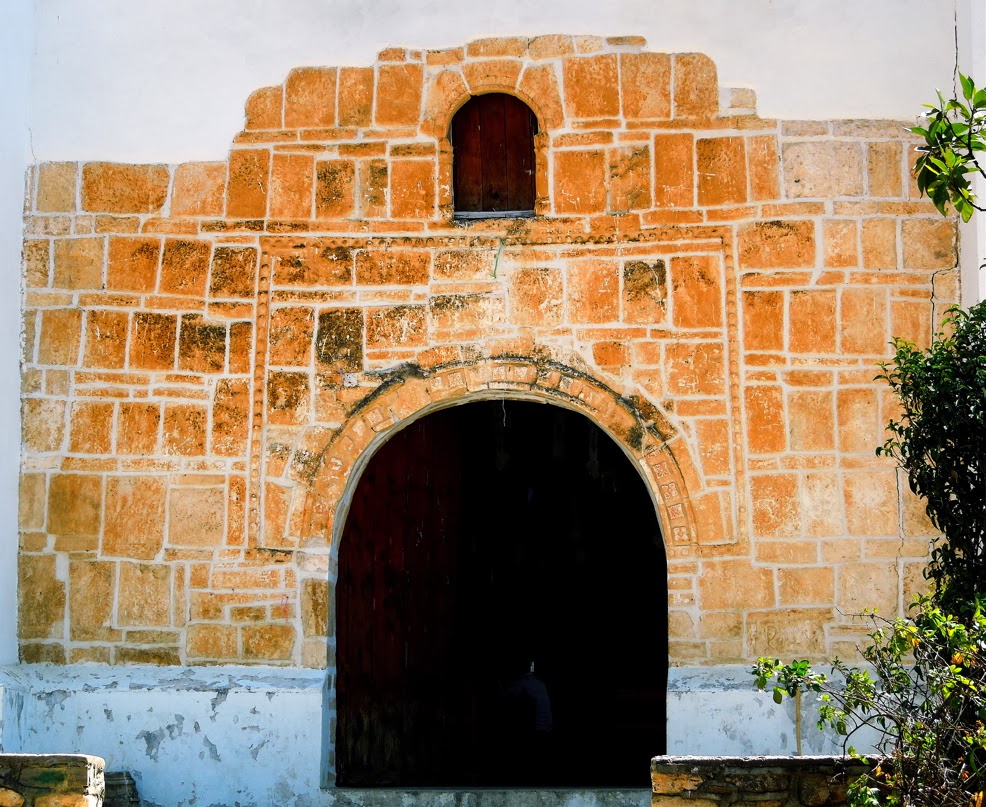 One of the more unusual stops on our Mixteca trip was at Santiago Ixtaltepec, a remote village located more than hour east of Yanhuitlan on a camino blanco from Nochistlan. 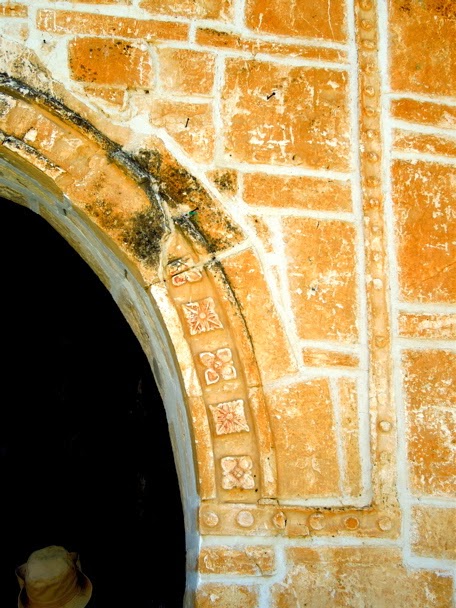 Although in a Dominican dominated region, the appearance of this rural chapel, with its plain arched doorway of orange sandstone surmounted by an alfiz studded with pearl reliefs, owes more to Franciscan architectural tradition.
While the rosettes around the archway might indicate a Dominican presence, the arrangement is closer in style to many early Franciscan monasteries. 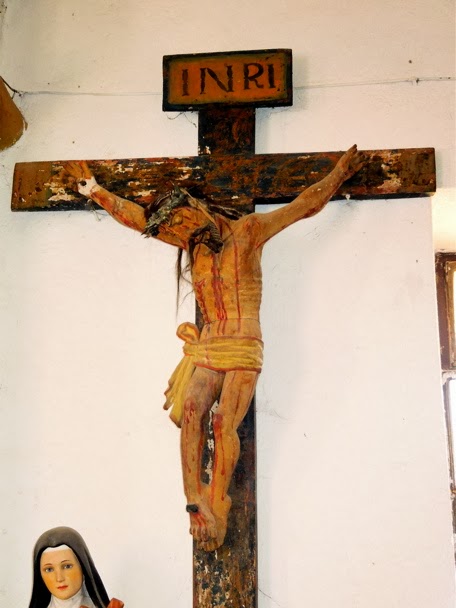 There is no image of the patron saint Santiago in the church, although there is an expressive old crucifix by the apse.
text ©2014  Richard D. Perry. Photography by the author and IOHIO

Posted by Richard Perry at 8:25 PM