As an example of the treasures to be found in even the most modest Oaxacan church, we look at San Mateo Yucucui, another of the smaller colonial churches we visited on the recent Historic Organ tour. 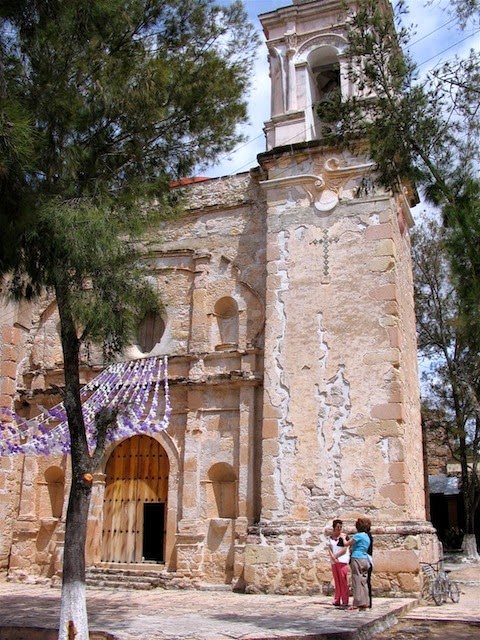 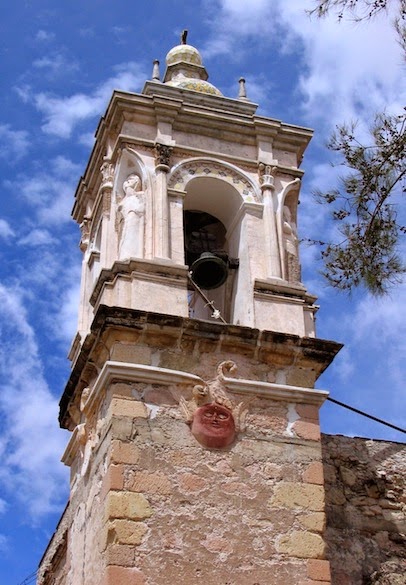 Yucucui, or Green Hill, was the original Mixtec name for the famous prehispanic site of Monte Alban. Although that name has been forgotten there, it still lives on at this small settlement just beside the highway south of Yanhuitlan.
From the outside, the church is rustic enough, its rough stone facade free of almost all ornament and its simple niches empty of statuary.
By contrast the complex modern tower is resplendent with corner statues and a tiled cupola.
Wall reliefs of the sun and moon below are bracketed by a "cut and curl" cornice, like we saw at Tlaxiaco. 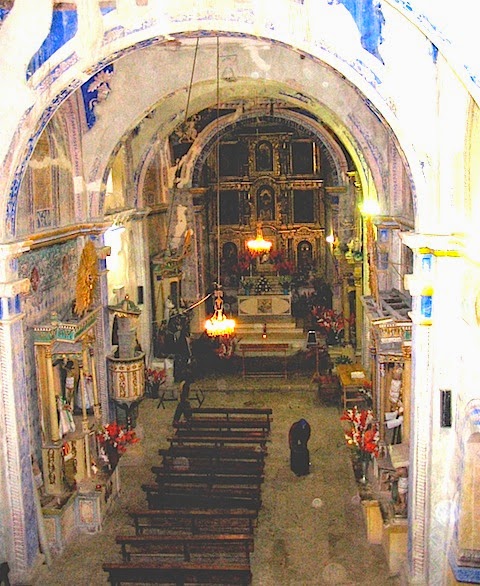 Inside the church, patchy murals of archangels, sunbursts and floral patterns in ultramarine and earth colors brighten the vaulted nave. 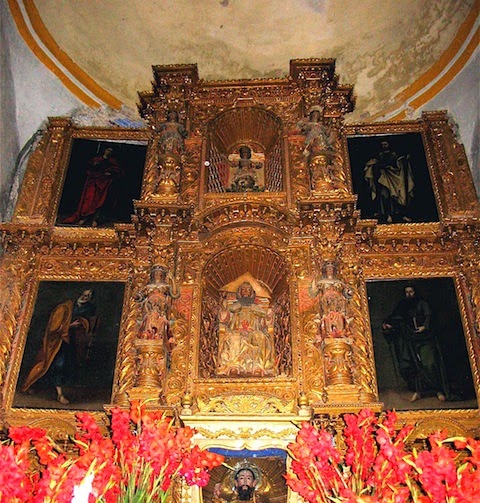 Although most of the altars along the nave are mediocre, the main altarpiece is quite splendid, reaching high into the domed apse.
It is fashioned in classic Oaxacan baroque style with spiral columns, jutting cornices hung with turned spindles and a profusion of gilded ornament. The niches in the projecting center section are sumptuously framed by richly ornate columns incorporating Caryatids.
Deep shell niches contain several beautiful but now dusty and faded statues: on the bottom tier, an imposing St. Matthew, the patron saint, stands pen raised and holding his gospel, and above, a majestic Padre Eterno with a golden nimbus and a dove in his lap, raises his arms—originally part of a Trinity tableau (see Tlacolula.)
A battered Niño Dios rests in the upper niche.
Large rectangular paintings of Dominican notables in dramatic chiaroscuro hang on either side.

Another colonial gem at Yucucui is its large pipe organ, dated 1743. Legend has it that when it was played, it could be heard for miles around. Never painted or gilded, it is precariously set on a pedestal beside the choir loft. This handsome baroque instrument awaits restoration to its former sonorous elegance. 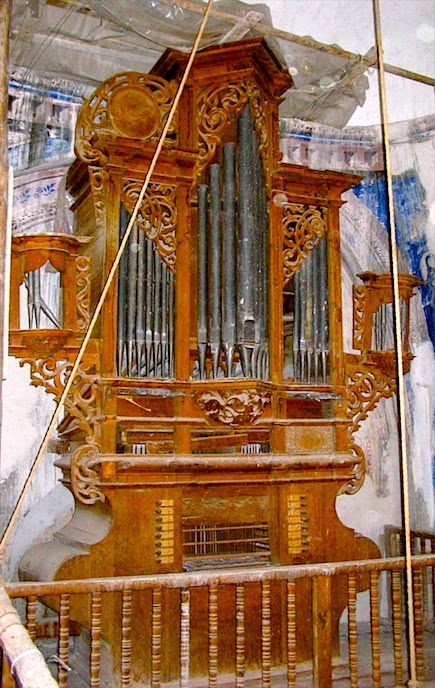 Posted by Richard Perry at 4:33 PM