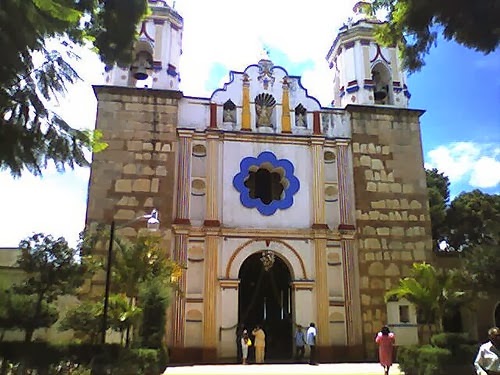 Tlalixtac
San Miguel Tlalixtac, located south of the city of Oaxaca, is best known as the birthplace of Miguel Cabrera, the prolific mixed race painter who rose to national prominence in the mid-1700s, and whose name is now officially attached to the village. 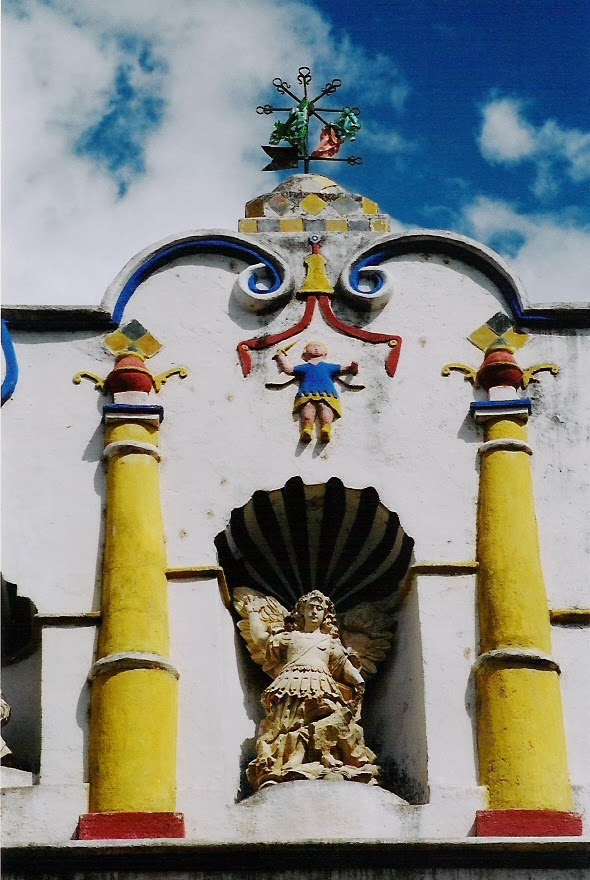 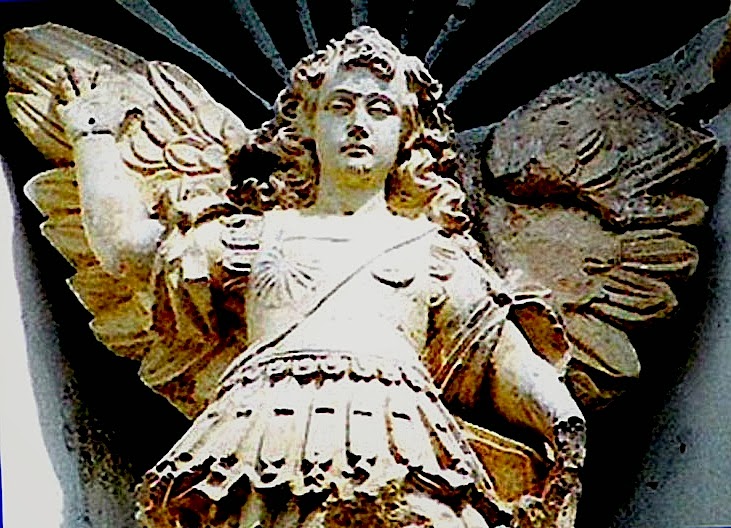 The church is faced with a retablo facade in classic Oaxacan style with paired, fluted pilasters and a rose window. Overhead, fat half columns point to a crowning gable whose ornamental reliefs, including a floating, folkloric figure of the patron saint, St. Michael, are picked out in red, yellow and blue.
The lower sculpture niches are vacant, but a few statues remain in the gable, notably an elegantly sculpted but now somewhat battered figure of the archangel, accoutered as a Roman soldier with the sun and moon emblazoned on his breast plate. 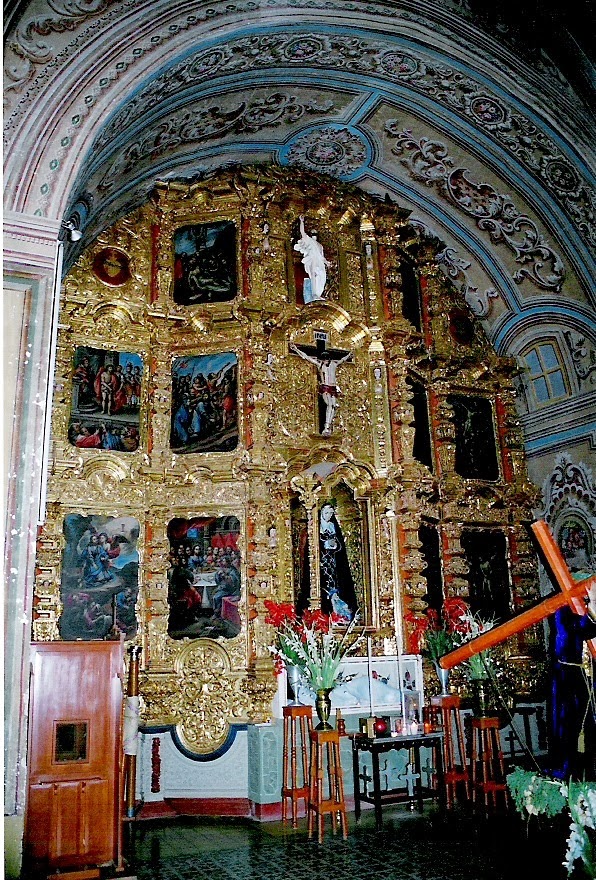 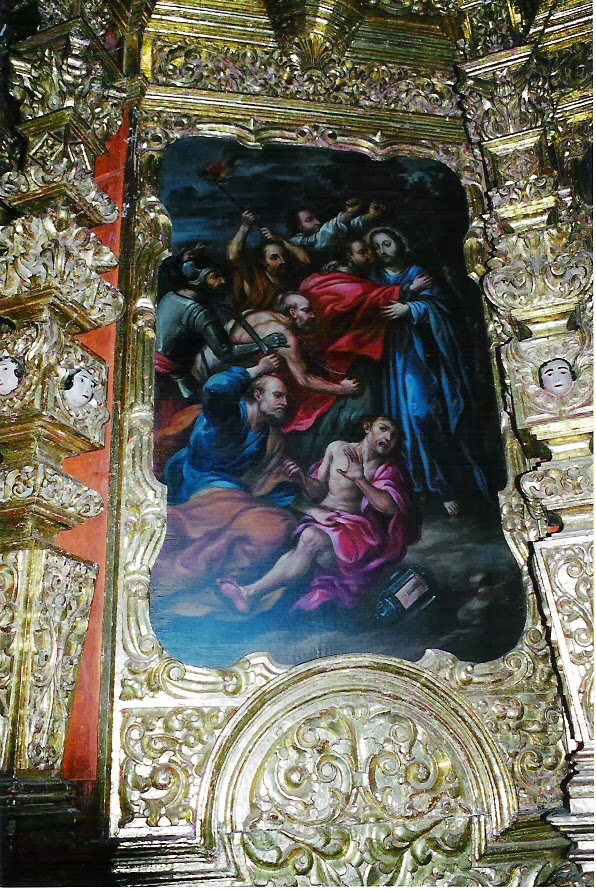 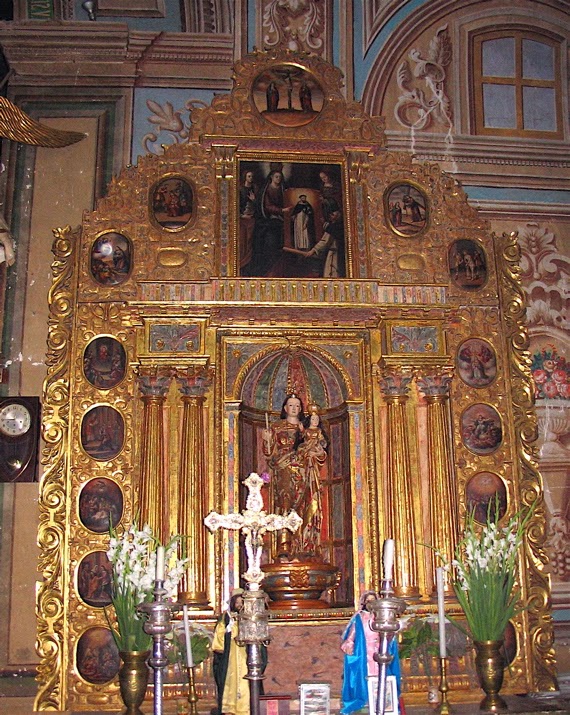 Another gilded retablo is dedicated to the Virgin of the Rosary, who occupies the center niche framed by pairs of fluted Corinthian half columns. The retablo is bordered by oval medallions that also portray scenes from Life of Christ, although in a more popular vein. 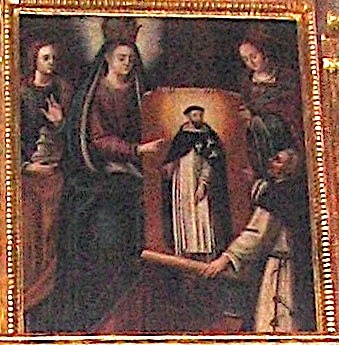 An unusual painting atop the altarpiece shows the Virgin presenting a portrait of St. Dominic to a Dominican supplicant, a theme we also saw at Tejupan.

On the south side of the nave the altar of St. Nicholas of Tolentino showcases a grand painting of the popular Augustinian saint. Clad in his starry robe and holding up a partridge on a plate, he reaches down to the souls in Purgatory below. 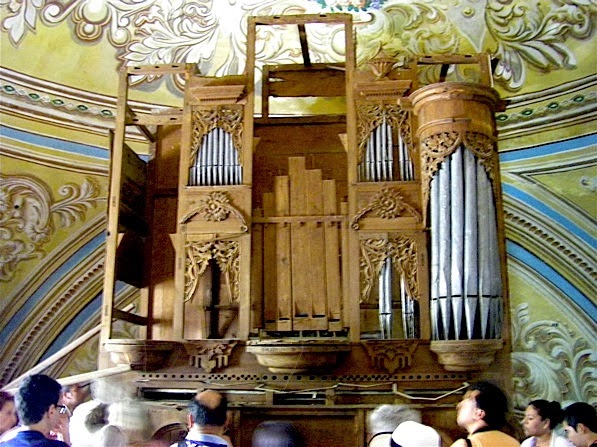 The other item of interest at Tlalixtac is the shell of the venerable pipe organ, which we viewed on our recent historic organ trip. Some of the lead pipes at the front are missing, revealing the earlier wooden pipes behind.
text © 2007, 2014 Richard D. Perry
photography by the author, Rosalind Perry and courtesy of Felipe Falcón

Posted by Richard Perry at 2:57 PM