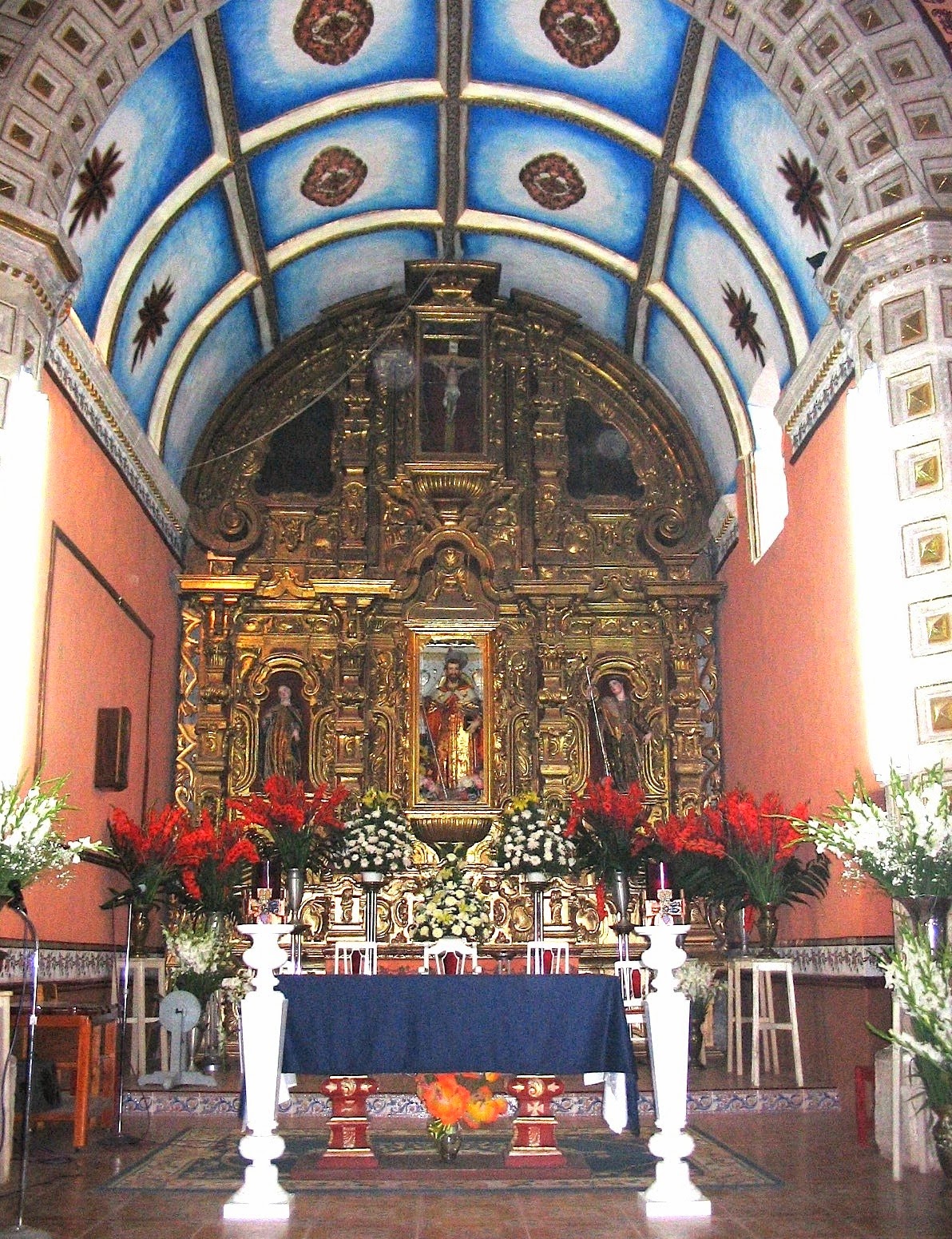 Like Yanhuitlan, the church is remarkable for its rich variety of colonial altarpieces and works of art.
The main altarpiece fills the deep apse, which, as at Tlaxiaco, is outlined by a multifaceted, coffered triumphal archway, similar to the exterior doorway. Fashioned in florid, late Churrigueresque style—one of three such examples in the church—this retablo ripples with swelling estípite columns against a backdrop of undulating gilded foliage. 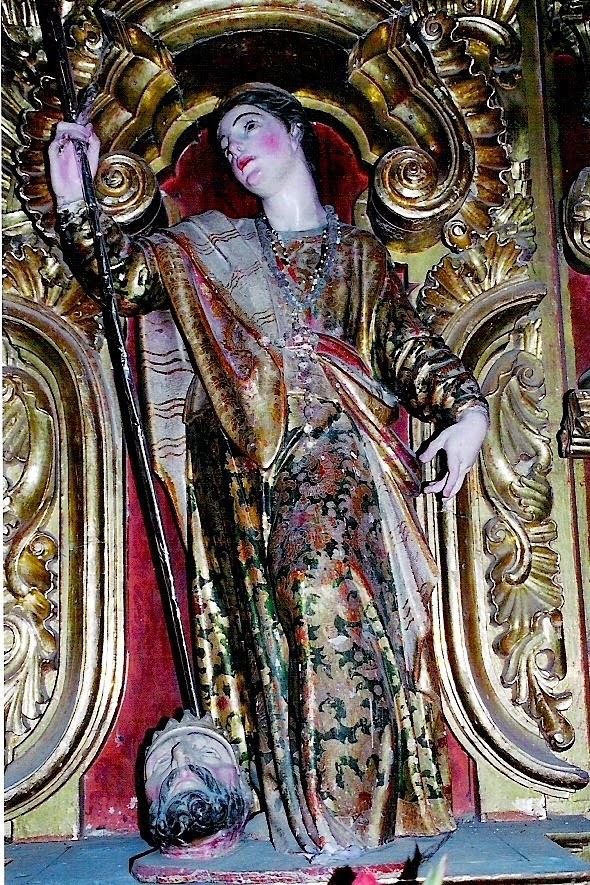 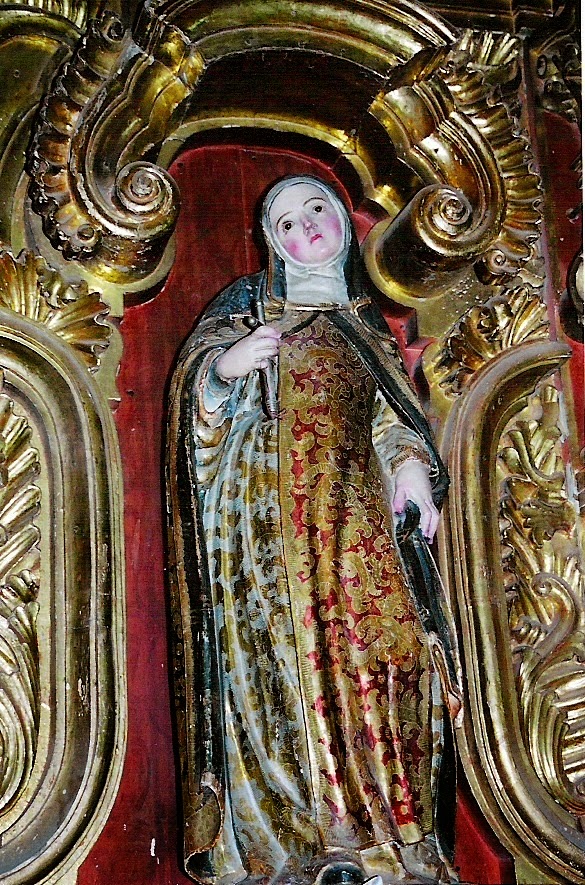 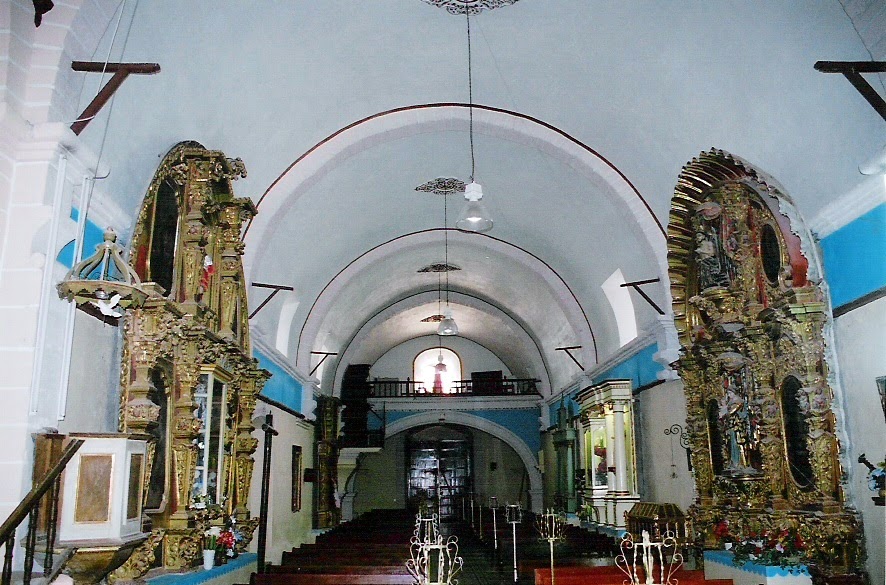 image © Felipe Falcón
Two other opulent retablos in similar style face each other across the nave. Both are surmounted by undulating shell canopies and framed by projecting estípite columns embellished with gesticulating angels.
The retablo on the north side showcases an affecting statue of the Virgin and Child, while St Nicholas of Tolentino kneels in penitence above.

images © Felipe Falcón
Large paintings depicting the Passion of Christ fill the retablo of the Rosary opposite. Along the base are unusual paired portrayals of St. Mary Magdalene and Mary of Egypt—both penitents and former sinners. 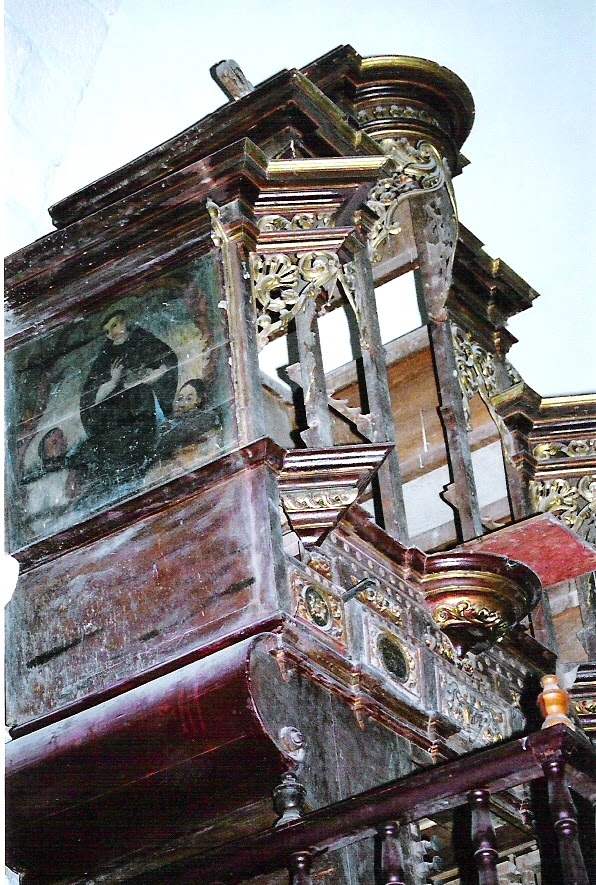 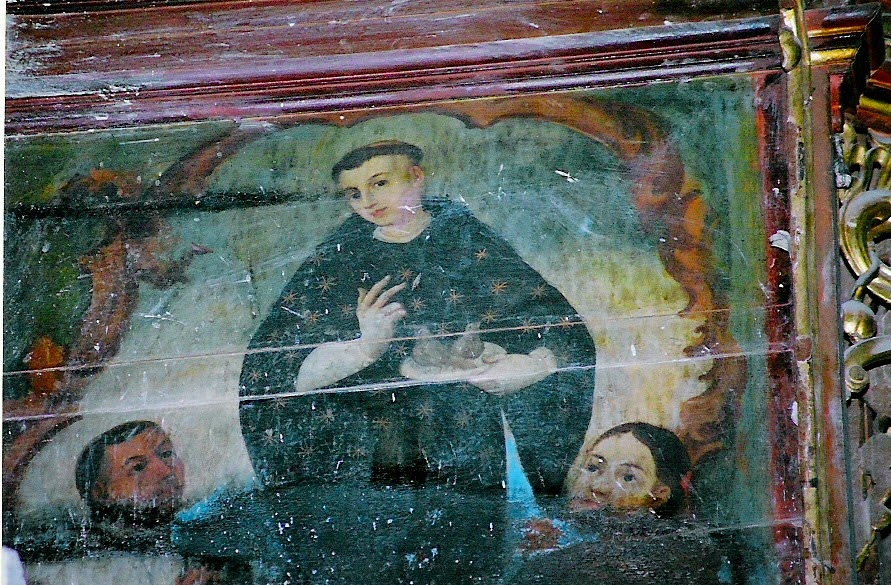 images © Felipe Falcón
St. Nicholas appears again, here clothed in his starry robe, on one side of the large, ornate baroque organ case that rests on a pillar beside the choir loft.  The saint holds up his plate of partridges and is flanked by a pious couple who doubtless commissioned the organ.
An earlier retablo with painted Plateresque columns, recently restored and now thought to date from the late 1500s, stands opposite. The altarpiece is dedicated to St Joseph and showcases a finely wrought, richly robed statue of the saint.
The surrounding paintings are of archangels, except that in the surmounting pediment the Virgin Mary, flanked by female martyrs, holds up a portrait of St Dominic. 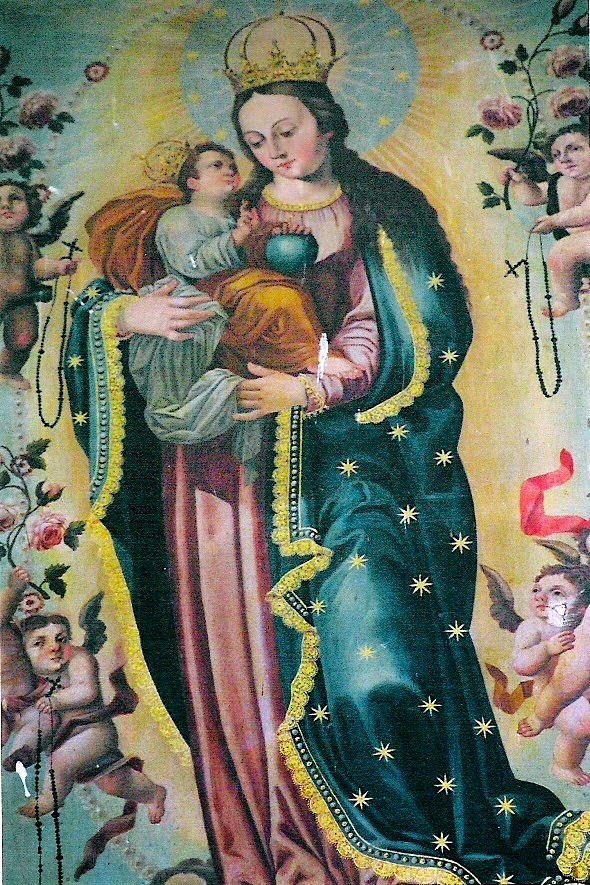 image © Felipe Falcón
Several colonial canvases hang in the church including a pair of identical portraits of the Virgin of the Rosary, clothed in a flowing, green star-spangled robe trimmed with gold and flanked by disporting angels with roses and rosaries.

text ©2007, 2014 Richard D. Perry.
Photography by the author and courtesy of Charlotte Ekland and Felipe Falcón