San Miguel Xometla
An important former visita of the great Augustinian priory at Acolman, the mission at Xometla was founded in the late 1500s and dedicated in 1604 to the Archangel Michael. 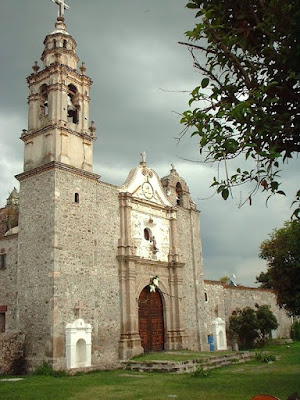 The present church front is fashioned in a sober baroque style with large scale reliefs of saints Peter and Paul flanking a brown stone statue of San Miguel. Like Acolman, the coffered archway of the west door features reliefs of breads and various fruits.
Inside the church, the most interesting feature is the painted baptistry, covered with murals in popular style, probably dating from the later 1700s and painted in vivid tones of red, blue and earth colors. Echoing the facade, full figure portraits of Saints Peter and Paul flank the imposing decorative entry. 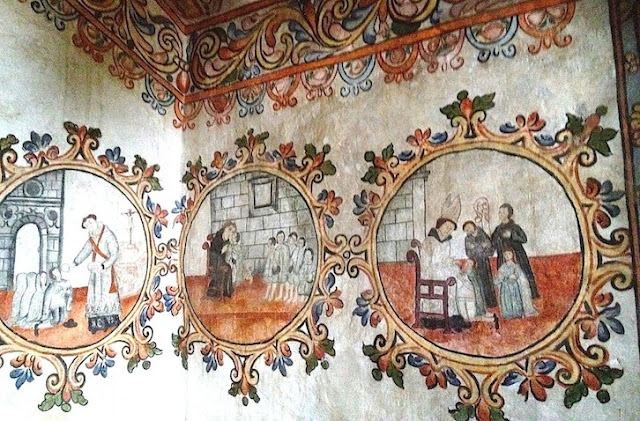 Ornately framed medallions along the inside walls show Augustinian friars engaged in various activities, ministering to natives and Spaniards alike, with a focus on baptismal scenes. 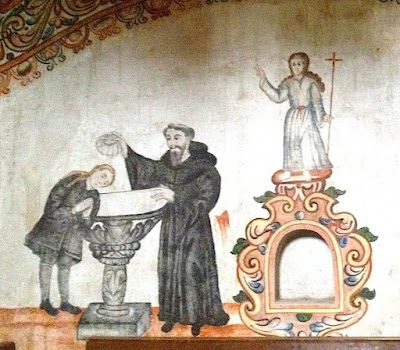 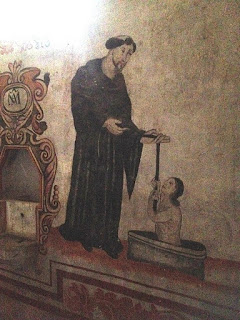 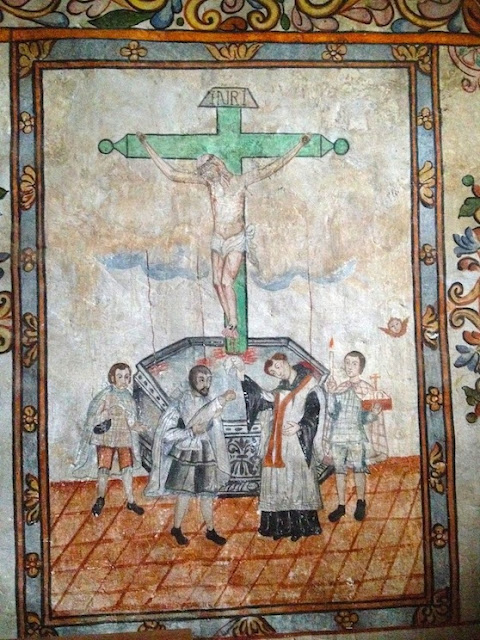 The principal panel shows an elite baptism featuring a Tree of Redemption with the crucified Christ—analogous to another, more detailed mural in similar style at nearby San Francisco Mazapa.
(The banderole above the cross quotes from Psalm 106: "Misit verbum suum, et sanavit eos." — "he sent his word and healed them.")