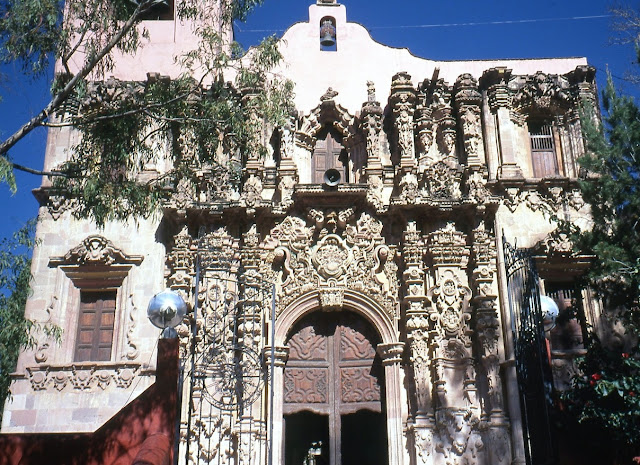 CATA
The elegant La Valenciana facade is reinterpreted in a more popular idiom at the smaller, but no less ornate silver chapel of El Señor de Villaseca at Cata, located on a hilltop to the east, within sight of La Valenciana.

Although the Mineral de Cata mine had been profitable since the 16th century, in 1725 a major new silver vein was struck, and with the new wealth it yielded, the humble existing chapel was radically enlarged and redecorated.
Popularly known as El Santuario it is a pilgrimage shrine to El Señor de Villaseca, a miracle-working crucifix allegedly brought from Spain by one of the early mine owners.* The Santuario stands at the head of a flight of steps overlooking the quaint Plaza del Quijote, not far from the former mine entrance.
Work proceeded slowly on the new chapel, however, and the present front was only added in the 1760s, or even later—possibly executed by some of the stonecarvers who also worked at La Valenciana. The upper tier was never completed, and the tower belfry and gable are modern additions.

The Facade
The ornate, late baroque facade is dominated by bulky, multi-tiered estípites, draped with lambrequins, closely framing the sumptuous, interposed niche-pilasters.
The complex design is reminiscent of finely crafted silverwork in its profuse detail, but what is of special note is the abundance of religious imagery, which lends the facade its popular flavor.

Although the statuary is missing, miniature figure sculptures and reliefs are mounted above the doorway and adorn the niche-pilasters.  Some of these reliefs show traces of pigment, suggesting that the facade was at one time brightly colored.
The principal sculpture over the doorway depicts the Mexican style Holy Trinity, a tableau echoed by the keystone relief of the Three Virtues underneath.
Most of the other carvings are little tableaux illustrating episodes from the Passion of Christ, carved in a naive, almost neo-Romanesque style. 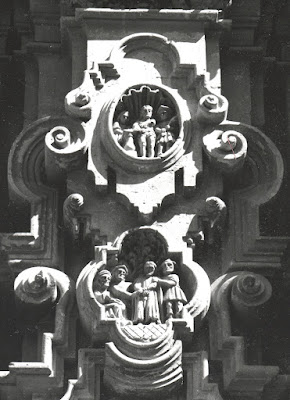 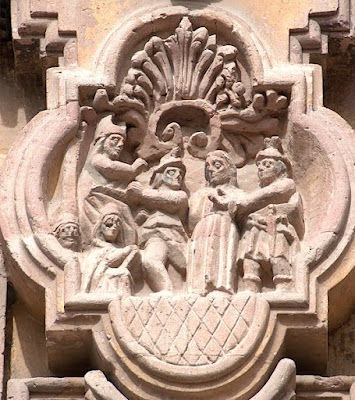 Tiny reliefs of Christ suffering on the Cross are embedded in the surrounding arabesques, while related Passion scenes are carved on the medallions and capitals of the niche-pilasters. These include the Taking of Jesus, Christ at the Column, and Christ before Pilate. The chapel interior is almost as lively as the facade. More lilliputian sculptures embellish the underchoir, notably a delightful, folk baroque relief of the Last Supper. 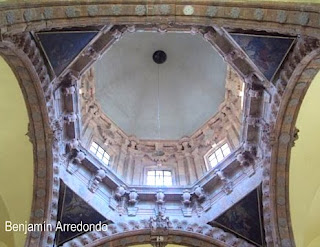 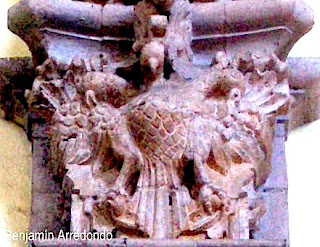 An octagonal dome spans the crossing, whose lobed arches, studded with angels and rosaries, spring from flamboyant capitals carved with eagles. 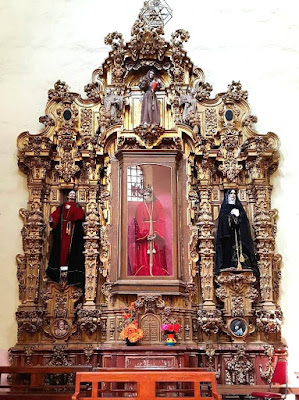 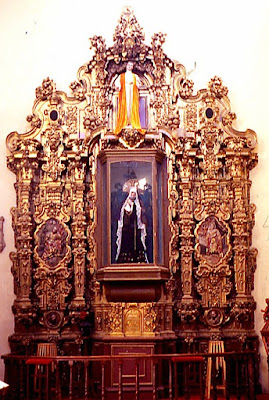 The Retablos
In the transepts, a pair of superb, late baroque retablos pursue the themes of sacrifice and suffering. One altarpiece is dedicated to the Man of Sorrows, while the retablo of Our Lady of Sorrows, opposite, is distinguished by its affecting estofado reliefs of the grieving St. Joseph and Virgin Mary.
These altarpieces are now known to have originated in the former silver chapel of San Juan de Rayas, a close neighbor until its dismantling in the 1940s. (for more details see El Templo de San Juan de Rayas) 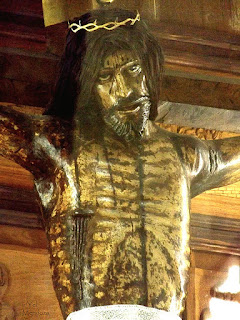 * The grim, scarred image of El Señor de Villaseca, probably a regional cristo de caña rather than an imported image, stands in the sanctuary, framed by hundreds of ex-votos—eloquent testimony to the enduring appeal of this 17th century miner’s santo.