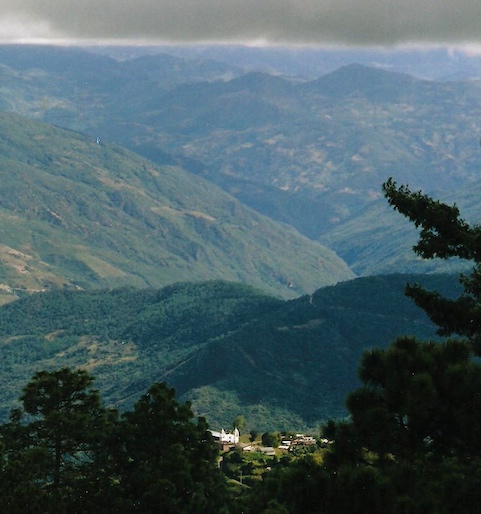 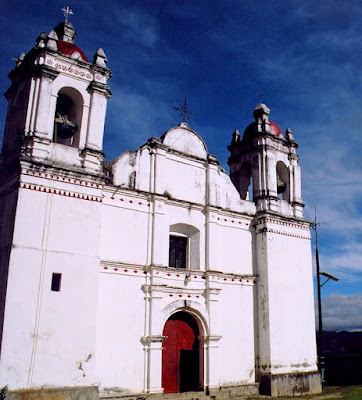 The church front is typically Oaxacan: whitewashed and minimally adorned with an undulating baroque gable set between red domed towers. 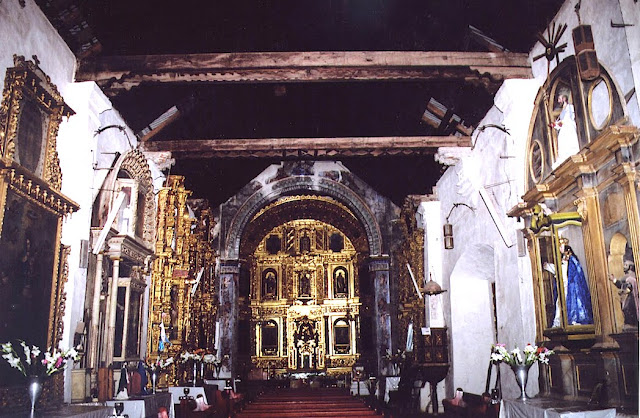 Inside, the broad nave is covered by a pitched wooden roof with carved and painted crossbeams. Translucent ceiling panels at intervals provide the only illumination for the spectacular array of colonial altarpieces on either side. 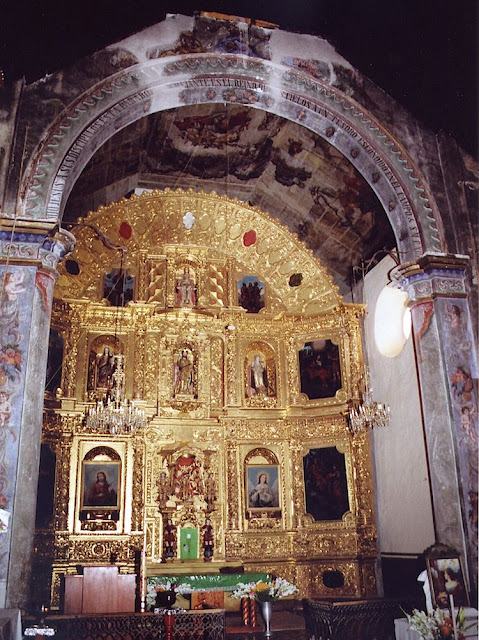 A painted triumphal arch frames the apse and its magnificent main altarpiece. Bordered by an extravagantly flared outer shell inset with reflective oval cartouches and lateral niches, the retablo appears to be in good condition.
Bright gilded columns, intricately carved with spiraling vines, articulate the face of the retablo which retains a full complement of colonial paintings and statuary in sumptuously framed niches. 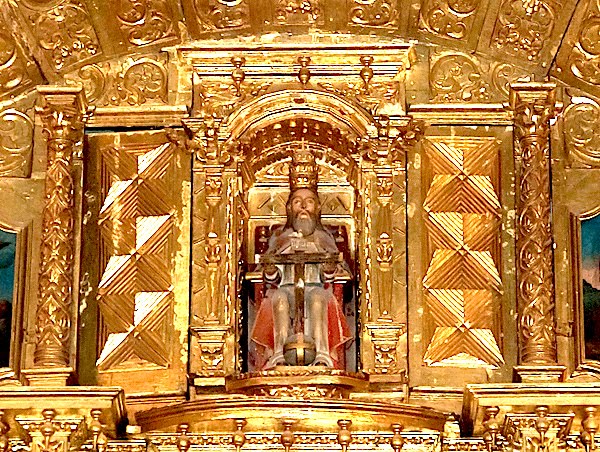 As elsewhere in the region, a Throne of Mercy inspired Trinity occupies an upper niche. 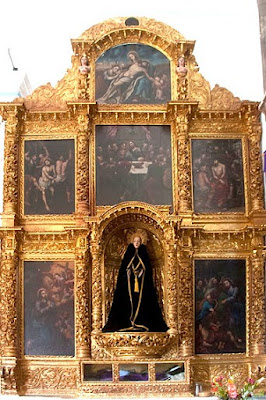 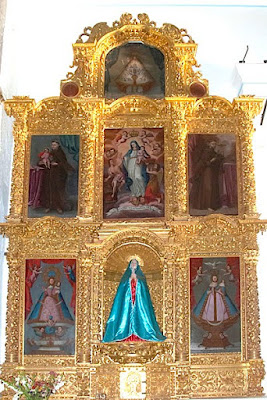 retablo of Dolores;                                          retablo of La Soledad
At least six other baroque retablos line the nave, framed for the most part in classic Oaxacan style, with twisted, foliated columns and dense golden filigree ornament.
The majority are dedicated to the Virgin Mary and display her image in various advocations, including the venerated regional favorite Our Lady of Juquila. 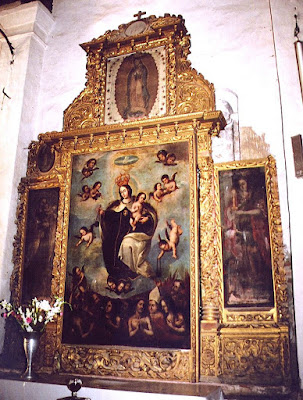 One smaller retablo showcases a large, dramatic painting of El Carmen with Souls in Purgatory surrounded by flying putti. 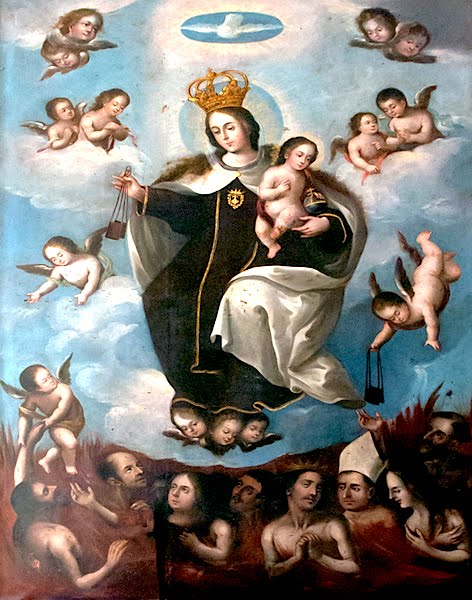 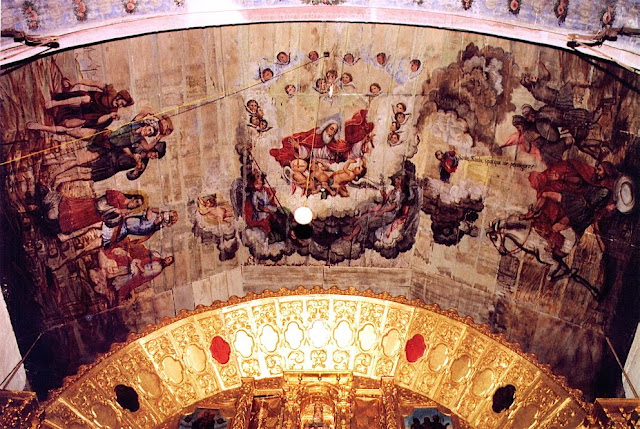 The vault of the apse is decorated with a equally superb late colonial mural, depicting the conversion of Paul on the road to Damascus and the stoning of St. Stephen. 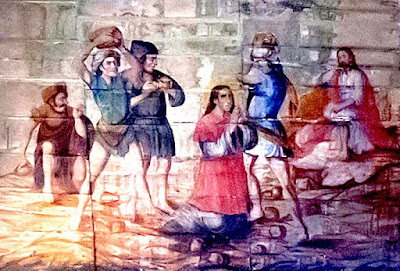