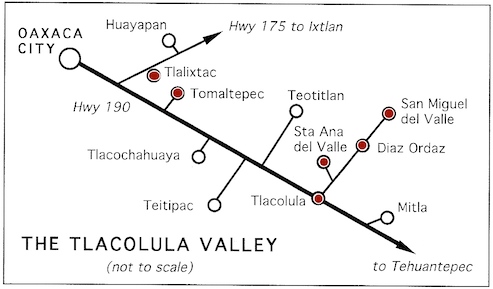 We resume our coverage of Oaxacan missions and churches, starting from the Tlacolula valley south of the city of Oaxaca.
Just north of the town of Tlacolula, a road winds east up a narrow valley towards the Sierra de Juárez. Three Zapotec hillside villages are located just off the road along this route, of which Santa Ana del Valle is the first.

The church is the most modest of the three, cosily set in its leafy, walled atrium. An old, pitted atrium cross, carved with the nails of Christ’s Passion enclosed in a crown of thorns, stands in front.
The folk baroque facade is typically Oaxacan, with elongated shell niches flanked by Ionic columns. Stucco ornament—urns, starbursts, rosettes, angel heads and much curving foliage—is accented in red, blue and gold. 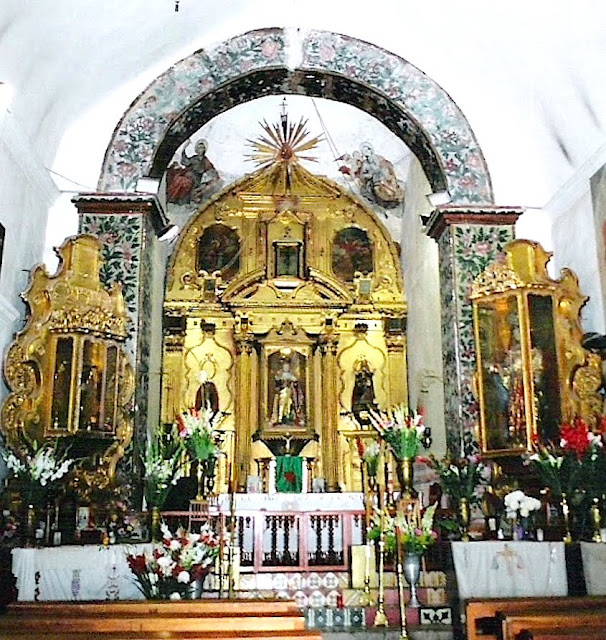 Inside, the church is crowded with diverse altarpieces and colonial art works as well as with carved floral decoration. 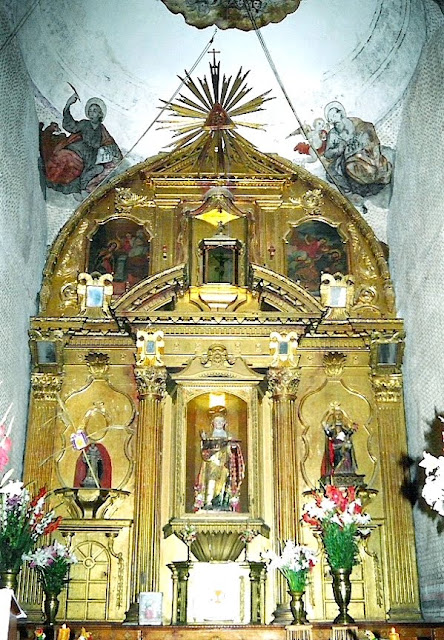 The Main Altarpiece
In the narrow domed apse, its pendentives painted with the Four Evangelists, stands the hybrid altarpiece of St. Anne—part baroque and part neoclassical—hung with mirrors.
The retablo houses a folksy statue of St. Anne in the central vitrine, and above, two painted versions of the Annunciation. 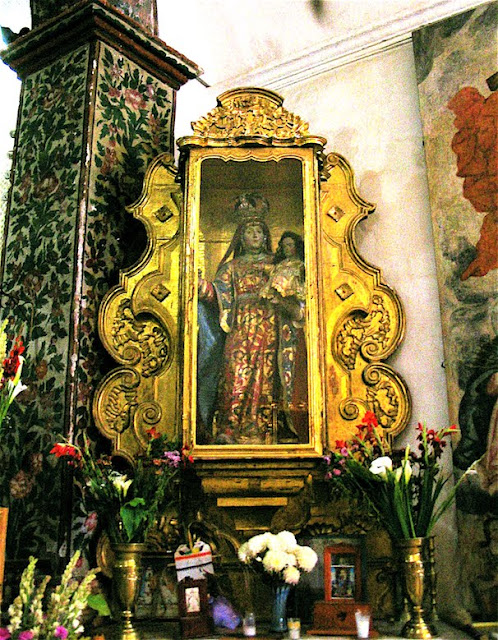 Another richly robed statue of St. Anne—the patron saint of the church and village—rests in an ornamental, "medallion" style altar flanking the apse. 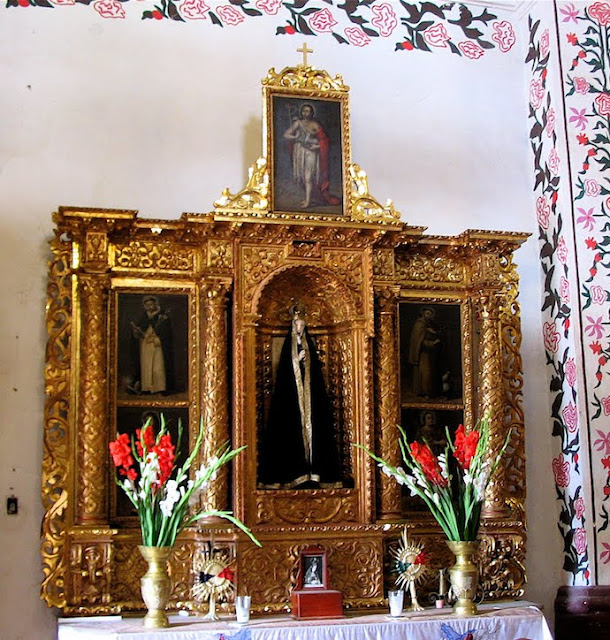 The little rectangular side altarpiece of La Soledad is fashioned in traditional Oaxacan baroque style with richly gilded spiral columns and filigree. It is surmounted by a brooding portrait of John the Baptist. The pale features of the attenuated statue of the Virgin of Sorrows in the center niche suggest a Guatemalan origin. 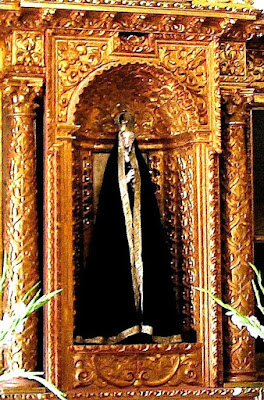 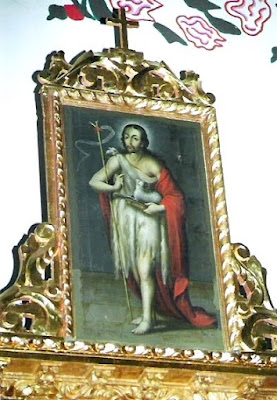 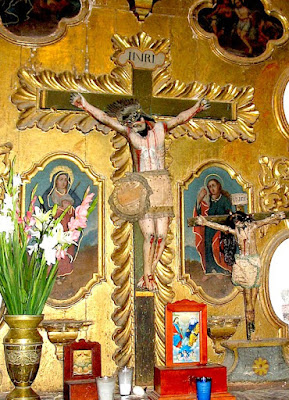 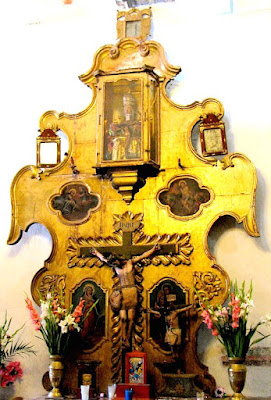 Among the church santos, the elongated, freestanding figure of the Virgin of the Rosary, known locally as La Candelaria, is especially affecting with her tilted crown and fading costume paint. 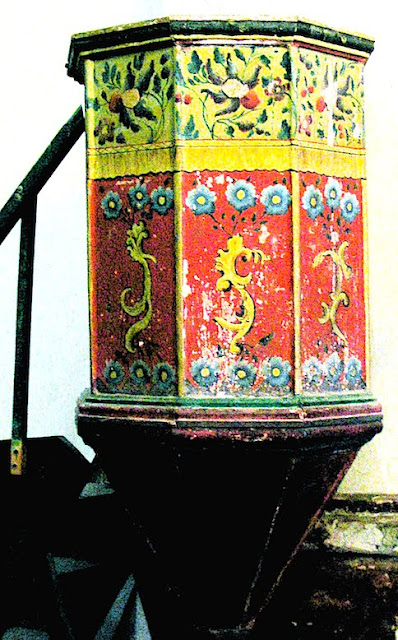 Finally, we should also draw attention to the folkloric, hand painted 18th century pulpit. A variety of historical documents and colonial artifacts are on display in the little museum beside the church.