Arts of Oaxaca: Teposcolula and its origins

The great Dominican priory of St. Peter and St. Paul Teposcolula, in the Mixteca Alta region of Oaxaca, is among the finest early colonial buildings in Mexico—a repository of outstanding colonial art and architecture.

This picture, taken from the west in the 1990s before major reconstruction work, shows the priory front with its great open chapel, then roofless, and in the foreground, the Casa de La Cacica, a 16th century walled compound and palace, or tecpan, built to house the local native nobility and serve as an administrative center, also now fully restored. 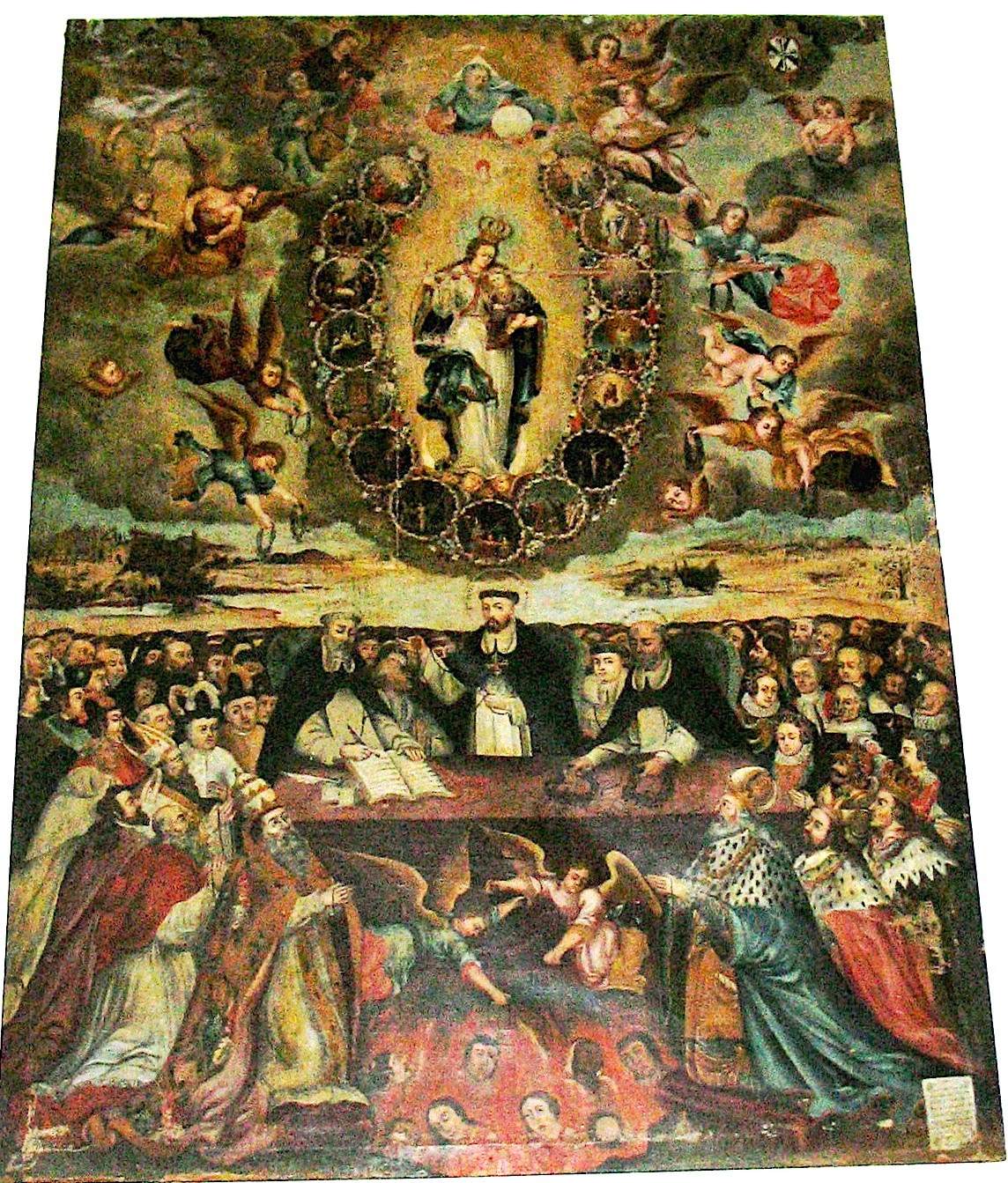 Much has been written about the monastery, but our focus in this post is on a huge, complex painting in the church, dated 1746, that portrays the ceremonial founding of the priory, with the Virgin presenting the Rosary to Teposcolula as its centerpiece.
The background landscape shows colonial priory (mid left) as it appeared at that time—clearly in the aftermath of an earthquake that had skewed one of the church towers. 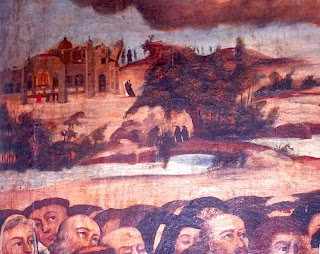 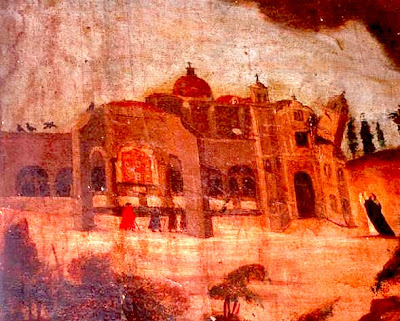 details © Barry Kiracofe
However, a recently uncovered wall painting in the Casa de La Cacica may depict the priory church as it appeared even earlier, perhaps in the late 16th or early 17th century and possibly even before the present church was rebuilt. Although fanciful in its detail, it shows a rose window like that at Coixtlahuaca.

Another interesting detail of the Rosary canvas is the group of musical angels playing period string instruments flanking God the Father at the top of the painting.
Readers who wish to learn more about Teposcolula can consult our guide book and, in greater detail, the works of the late Robert Mullen:
text © 2016 Richard D. Perry
images by the author, Barry Kiracofe and Carlos Mautner.

Planning a trip to Oaxaca? Take our guidebook along.
Posted by Richard Perry at 10:40 AM