We wind up our series on neóstyle related architecture with a post on the Jesuit church of La Compañía in Oaxaca, another one-of-a-kind building with a distinctive regional flavor. 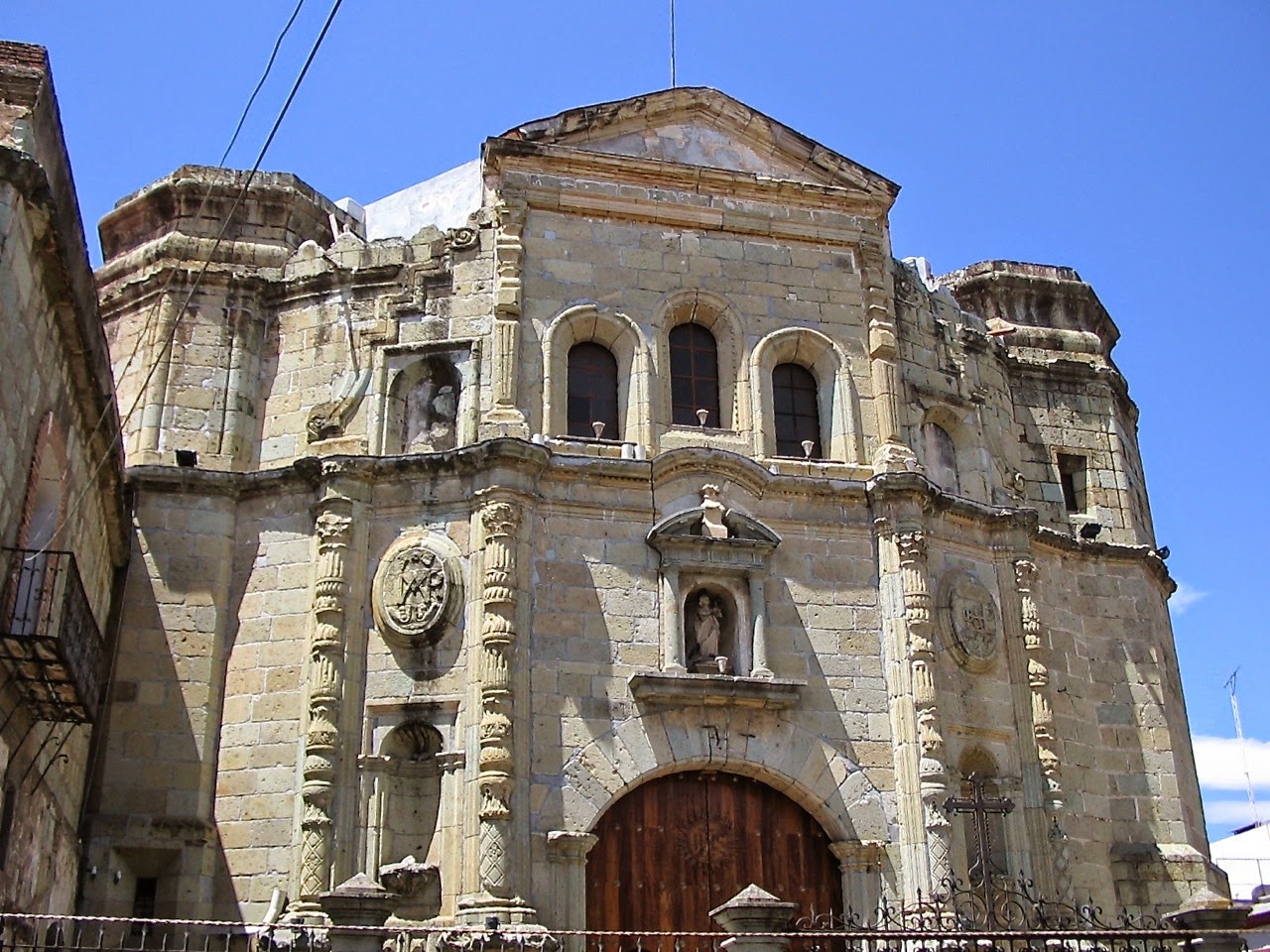 La Compañía de Oaxaca
Although this Jesuit church, along with its rambling convento and seminary, has occupied its site since 1579, because of the frequent destructive temblors in Oaxaca, the present building only dates from the 1760s—a few short years before the expulsion of the Order from Mexico in 1767.
Facing east, the idiosyncratic church front combines elements from many styles, lending it a complex, sophisticated air. Classical, neo-moorish, Plateresque and baroque details contribute to the eclectic mix, an effect amplified by the varied forms of openings, niches and outsize relief medallions that animate the intervening spaces. 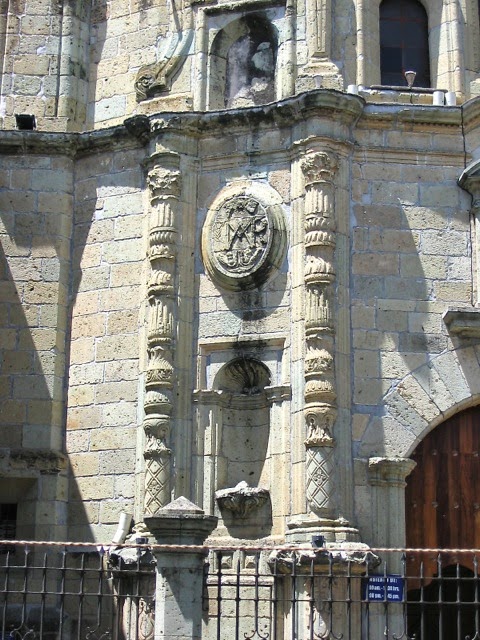 From the polygonal corner buttresses—intended as tower bases although no towers were added—the facade bulges outward and upward, divided by pairs of giant baluster columns similar to those of nearby San Felipe Neri—a distinctive Oaxacan motif.
These are set against layered pilasters and stand on on tall, decorative pedestals adding to the depth and shadow. Projecting oval medallions display religious acronyms.
Above the plain, arched doorway a statue of Ignatius Loyola, the Jesuit founder, occupies the classical center niche. Overhead, stepped scrolls lean inward to the lofty triangular gable which is flanked by simple estípite pilasters and pierced by three rounded openings in neo-Romanesque style.
The projecting north portal echoes the facade.  Enlivened by fluted Ionic half-columns and flowering urns set at an angle on the corners.  Above the sinuous, barbed quatrefoil doorway, feathery scrolls flank an octagonal monogram of the Virgin.
A pointed, dentilled cornice caps the ensemble and a medieval battlemented parapet ranges overhead.