Missions of Michoacán. Tupátaro: the church

We begin our long awaited new survey of missions of Michoacán with painted ceilings by looking at perhaps the best known of this group, Santiago Tupátaro, located between Morelia and Patzcuaro in the western part of the state (see map).
In our first post on Tupátaro we consider the church and its gilded main altarpiece; in the second we describe the renowned painted ceiling in some detail. 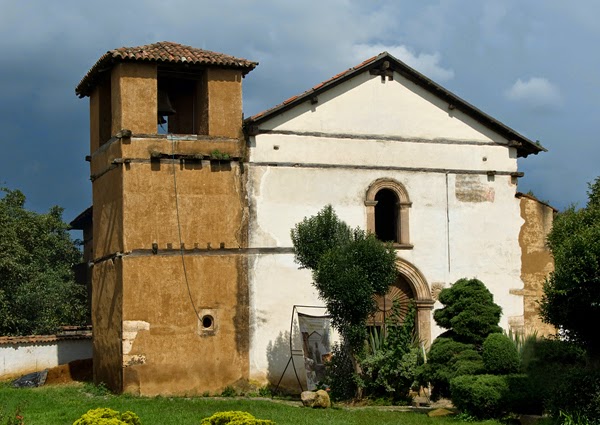 From the outside, the rustic pilgrimage church of Tupátaro is plain enough, with little indication of the treasures found within. 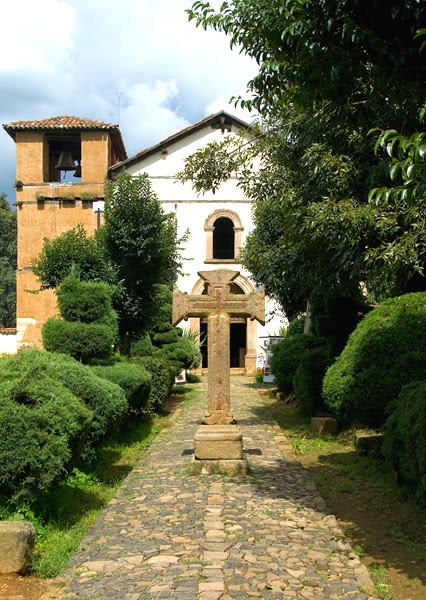 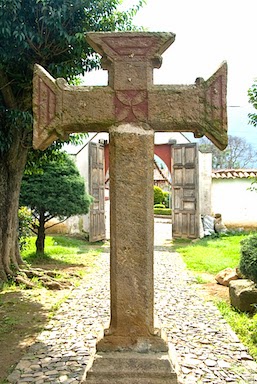 A simple stone cross with flared finials and a plain rosette at its axis stands in the cobbled pathway to the church door. 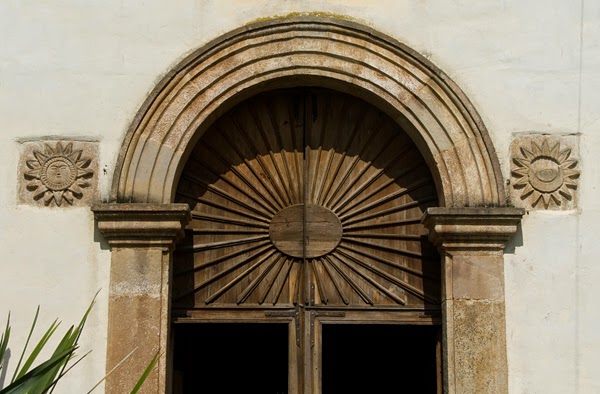 And folkloric reliefs of the Sun and Moon are all that adorn the severe arched entry. 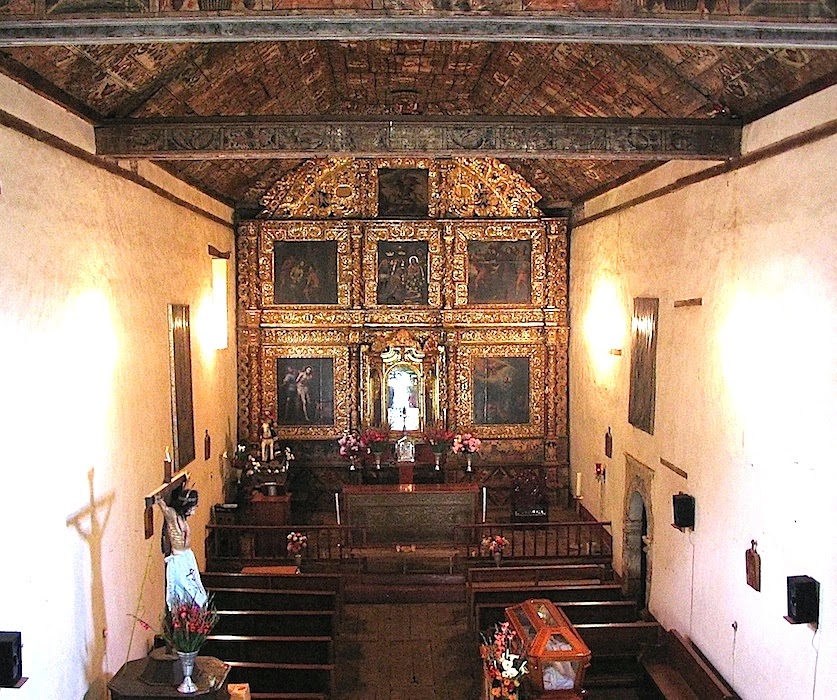 Inside the church the imposing nave was enlarged and embellished in the mid-1700s to accommodate pilgrims paying homage to the image of El Señor del Pinito, a miracle working crucifix discovered in a local pine tree.
At the far end of the nave—which boasts one of the few original sectional wood floors in the region to survive—a stunning gilded altarpiece glows beneath the polychrome ceiling. 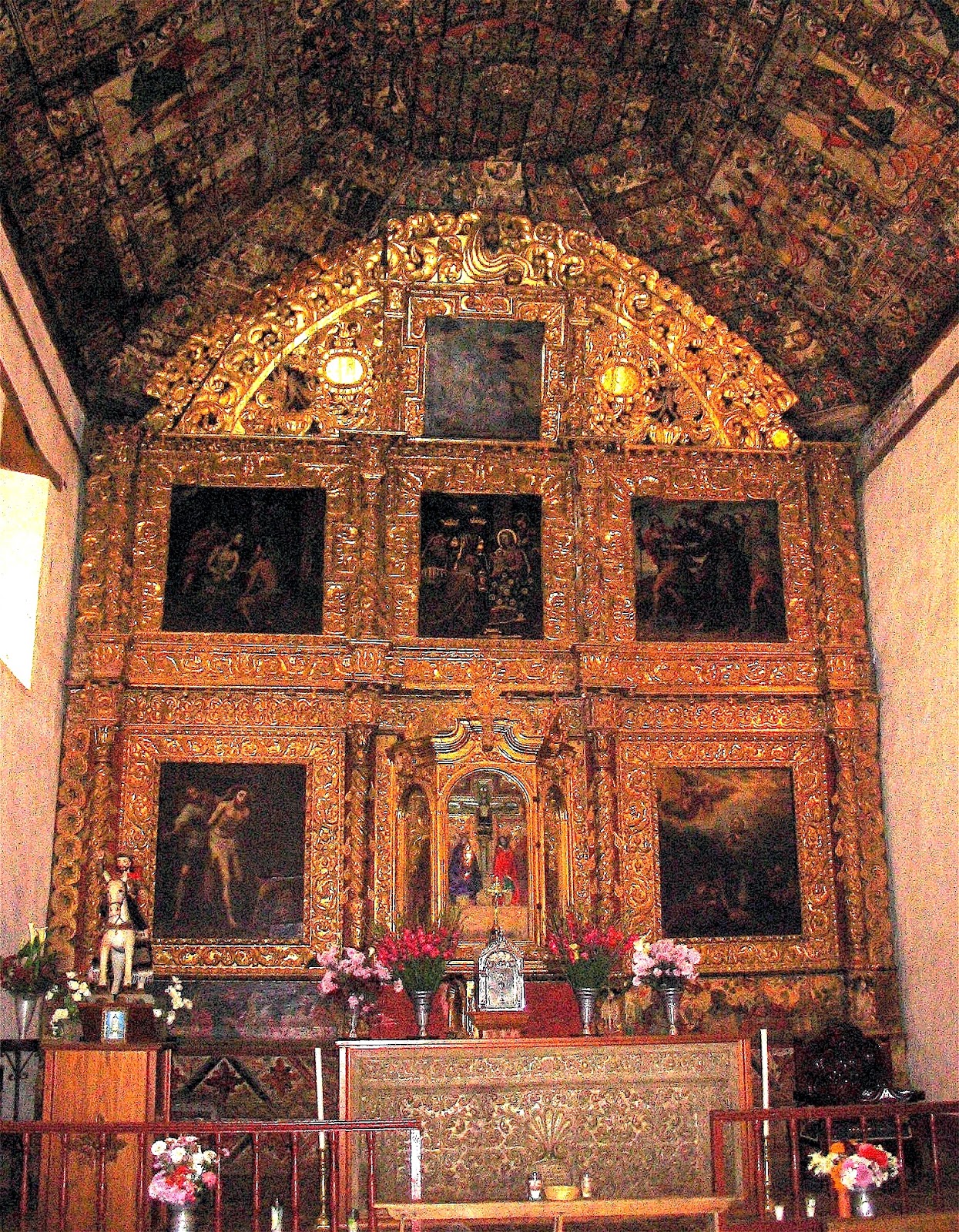 This elegant baroque retablo is dated 1761—one of a handful of this style still in place in rural Michoacán—and was expertly restored in the 1970s by the late Enrique Luft who also restored the ceiling.
Slender spiral columns wreathed with carved grapevines separate a sequence of large painted panels. These are sumptuously framed, all the intervening spaces glowing with gilded filigree ornament.

The base level of the retablo, or predella, is crowded with popular polychrome reliefs of the Four Evangelists and the Four Doctors of the Church, prominently accompanied by carved pelicans—classic symbols of Christ's sacrifice. 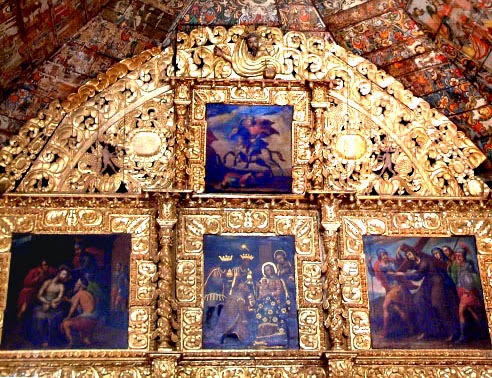 The lateral paintings depict scenes from the Passion of Christ in dramatic chiaroscuro style, while the center panel portrays the Nativity with the Three Kings—the crowns, haloes and robes accented in gold in the Andean manner,
In the extravagantly bescrolled gable overhead the dynamic figure of the militant patron saint, Santiago Matamoros, is shown trampling the Moor beneath his horse's hooves. 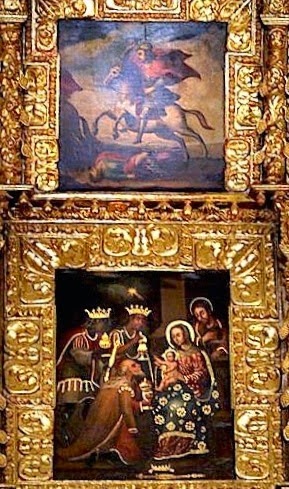 A related item of note is the decorative 1765 altar itself, veneered entirely with silver leaf paid for by pilgrims' donations. 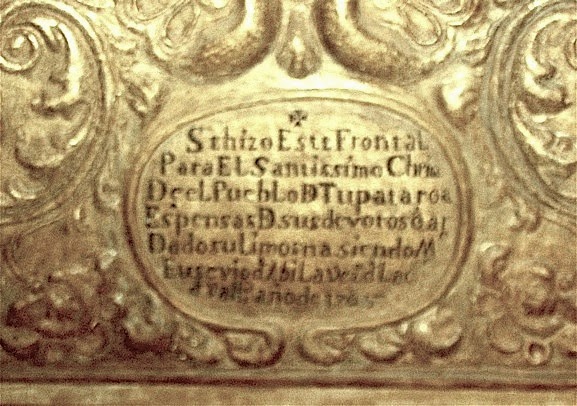 Text © 2014 Richard D. Perry.
Photography by the author and courtesy of Niccolò Brooker
Posted by Richard Perry at 1:54 PM