Several churches in other regions of Mexico have echoes of the neóstilo movement, although, like those we saw in San Luis Potosí, they often reflect regional taste and tradition in architectural detailing. 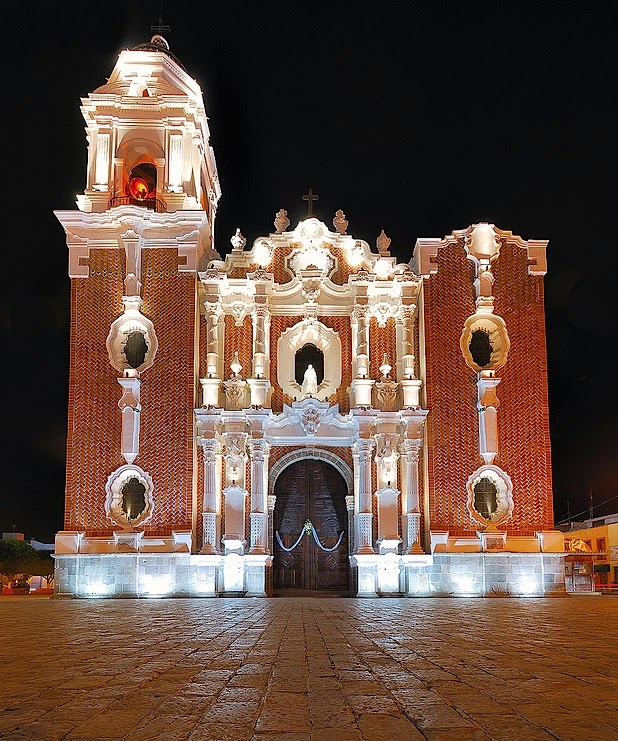 A classic example is the parish church of San José in the ancient colonial city of Tlaxcala.
The eclectic, late 18th century front is faced with blue glazed Talavera tiles set on point in a ground of angled, red ladrillo brick, creating a dynamic petatillo or zig zag effect in the Tlaxcalan/Pueblan style.
Architectural components of the retablo style facade, finished in dramatic whitewashed stone and stucco, combine late baroque elements like the oval Rococo windows and mixtilinear gables, with sober tiers of paired, tritostyle columns—fluted and coffered below and with spiral festoons above.
Minimal interestípites are sandwiched between the columns on the lower tier, their sole ornament being the figural busts at their heads. The only true statue is that of the patron St. Joseph silhouetted against the choir window. 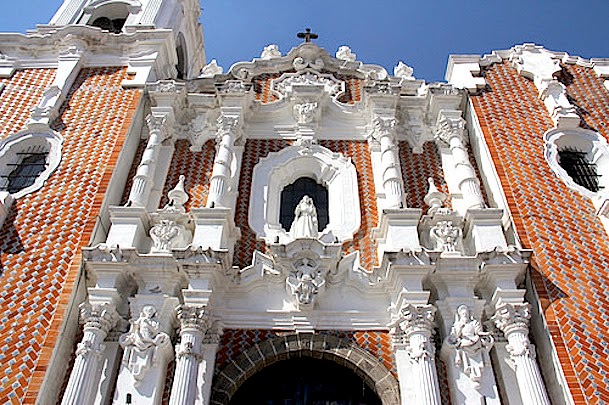