A third altarpiece of interest stands in the Rosary Chapel at Azcapotzalco.  Designed in a modified Solomonic style and featuring tritostyle spiral columns, the retablo is a century earlier than the main altarpiece, dating from the 1680s.
Probably originally located in the main church, this gilded two tier retablo may once have had a third tier - perhaps removed when it was relocated. 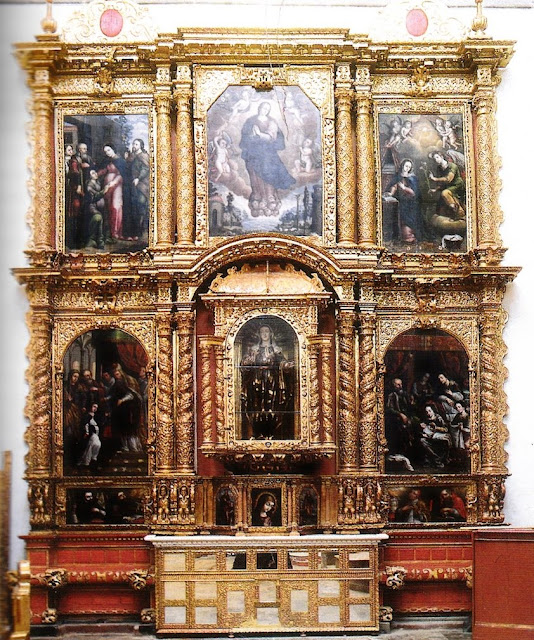 The altarpiece is dedicated to Saint Anne, the mother of the Virgin Mary, whose figure occupies the glassed in center niche
Unlike the main retablo in the chapel, this one displays paintings rather than statuary. These have been identified as the work of the eminent Mexican baroque painter Juan Correa the Elder (c.1645 - 1716) whose signature appears on at least one of the panels (1681) 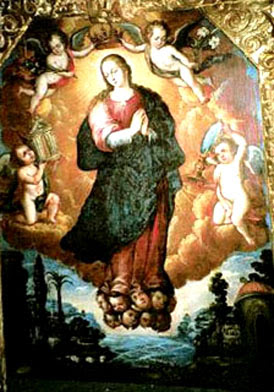 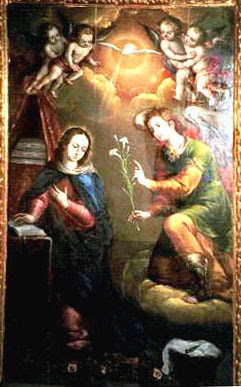 Portraits of the Doctors of the Latin Church appear along the predella at the base of the retablo.
text © 2018 Richard D. Perry
color image from online sources
Posted by Richard Perry at 5:26 PM