Tlaxcala is home to a dazzling variety of early missions and visitas. One among these is the charming mudéjar chapel of San Matías, the precursor to the adjacent, later church. 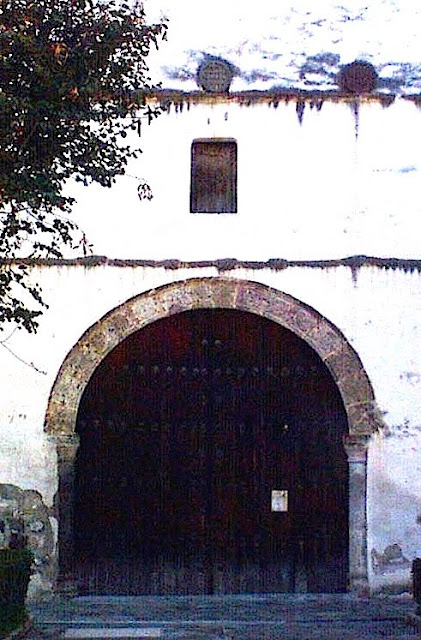 We look first at the chapel facade. On close inspection, the at first glance unprepossessing square front displays a sculpted early doorway, set on classical columns. The arch above the entry is carved with a sequence of stylized rosettes and monograms. 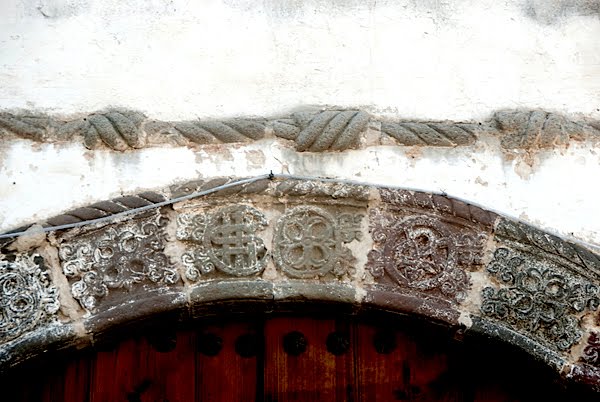 Two unusual moldings in the form of the Franciscan knotted cord span the facade, the upper one supporting relief medallions carved with Franciscan insignia and Christic monograms. 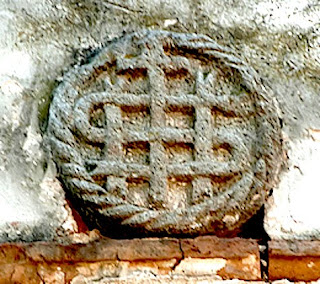 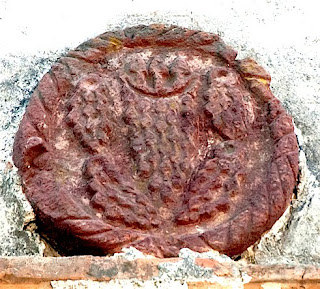 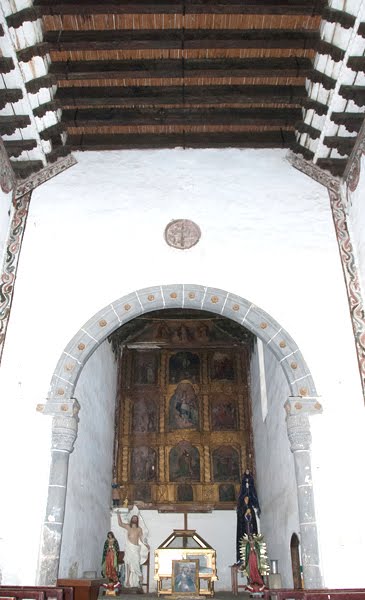 But it is the chapel interior that truly delights. Although rarely open, our intrepid friend Niccolo Brooker recently gained entry, and documented many of its unique features, notably its carved and painted mudéjar ceilings.

A handsome beamed ceiling (alfarje) spans the lofty but narrow nave, leading to the sanctuary or apse—probably a former open chapel—framed by a carved stone archway much like the entry although on a larger scale. 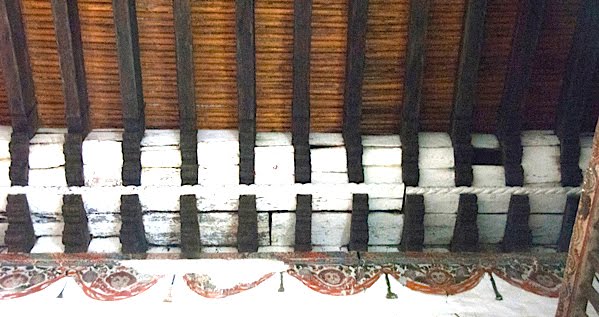 The beamed nave ceiling is supported above the wall on either side by an angled arrocabe, its two tiers set with dark, carved brackets (zapatas) divided by another Franciscan cord. Swags painted with foliage and angels' heads line the top of the nave wall beneath. 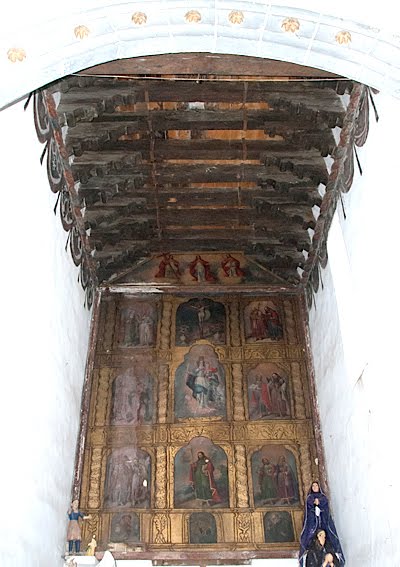 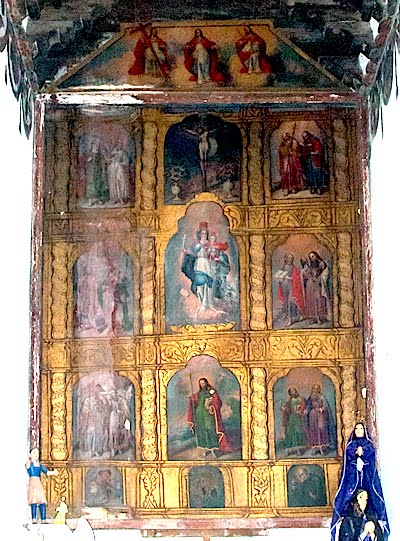 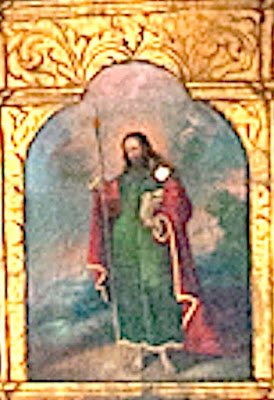 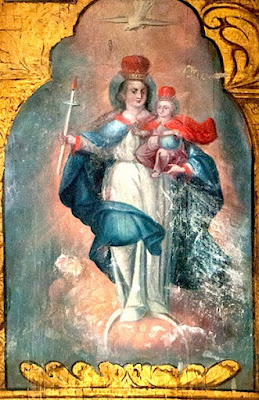 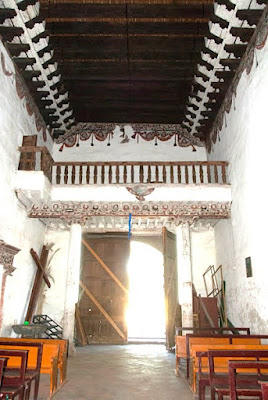 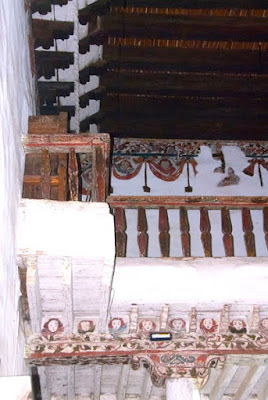 The west end of the chapel is treated similarly, its wooden choir support again ornamented with twisting foliage and angels' heads in red and blue hues and a date of 1731. 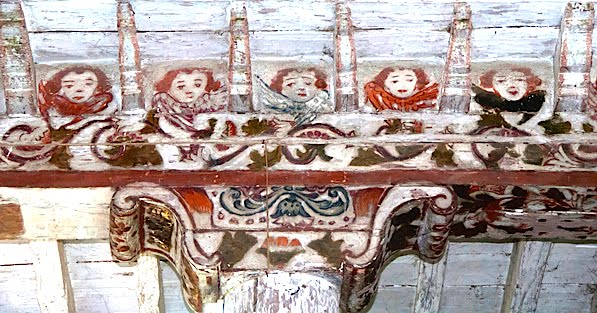 The chapel at Tepetomatitlan is a minor gem of mudéjar inspired colonial architecture and decoration, reminiscent of other early interiors like Tlahuelilpa, Angahuan and Aranza.
text © 2019 Richard D. Perry
color photography © 2018 by Niccolò Brooker
Posted by Richard Perry at 12:40 PM