In previous posts we have described the carved stone crosses at Natividad Tepoztlán. In this post we look at its carved stone fonts. 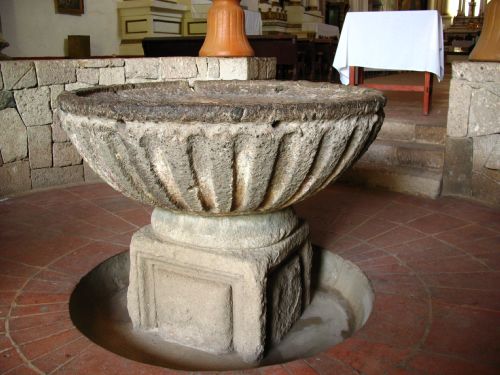 The present baptismal font in the church, sunk in a circular recess in the nave as we saw at nearby Cuernavaca cathedral, probably dates from the 1600s or later, and is carved in a conventional style with a fluted, shell like basin set on a square base. 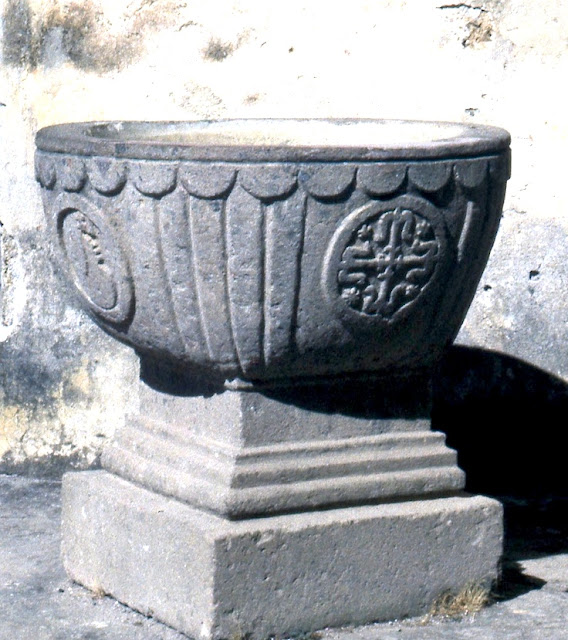 As at Cuernavaca however, a second font at Tepoztlán, possibly earlier, is of greater interest. Set out by the west front of the church it too features a fluted basin set on a square base, but is also carved with relief medallions displaying the Dominican fleur-de-lis cross (fashioned in the manner of the convento murals) as well as the ancient place glyph of Tepoztlán: A hill cleft by a copper axe. 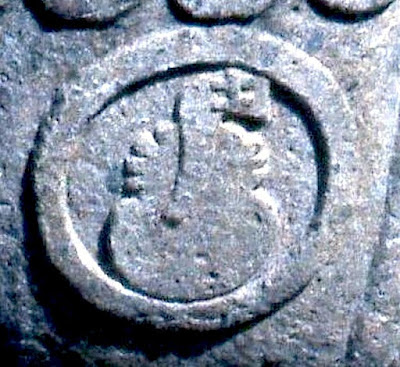