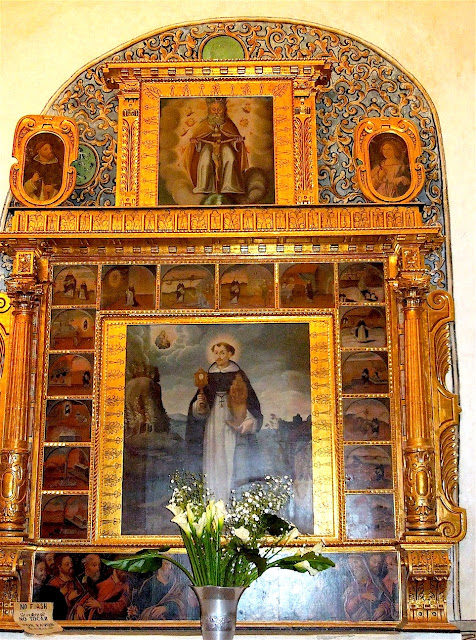 One of the best preserved of the Tlacochahuaya altarpieces is the retablo of St. Hyacinth (San Jacinto), a popular Dominican saint. Set against the south wall of the nave, the retablo illustrates episodes from his life in a series of charming miniatures surrounding his center portrait. 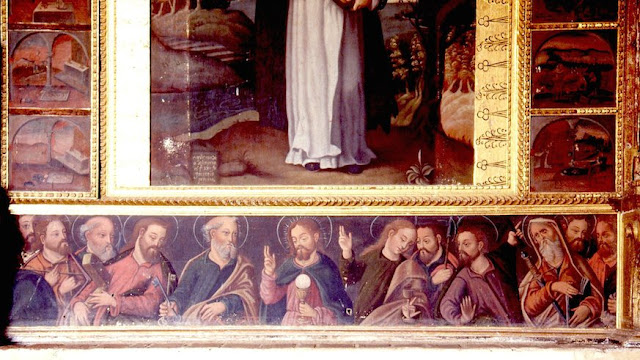 Note the beautifully realized portraits of the Twelve Apostles along the base panel. 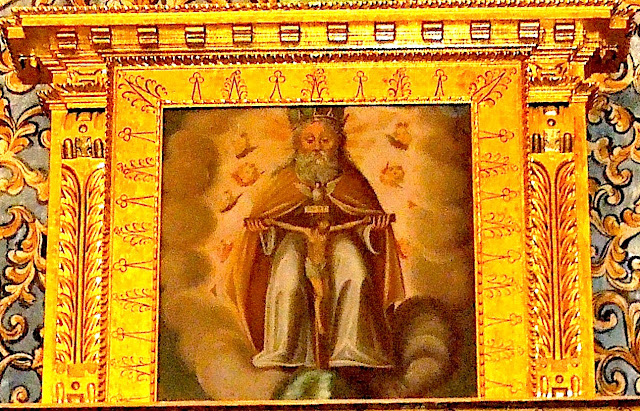 A painted panel of the distinctive Mexican Trinity is mounted above, of which a fine sculpted version stands along the north wall of the nave—a common feature in Oaxacan churches. 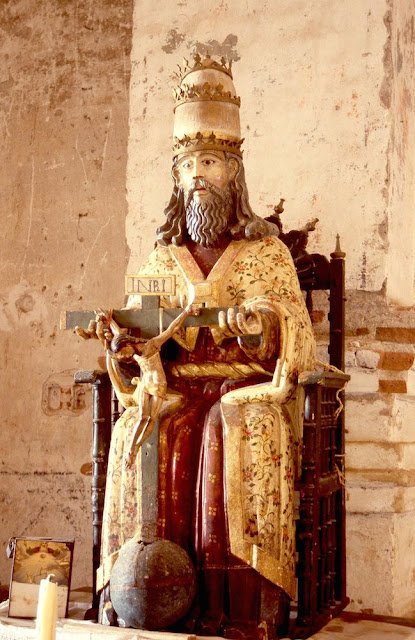 images by the author and courtesy of Felipe Falcón

Posted by Richard Perry at 1:17 PM