Most visitors to the historic pueblo of Dolores Hidalgo, north of San Miguel de Allende, go to see the magnificent baroque parish church (see our previous post) or the former town house of Miguel Hidalgo, the father of Mexican Independence, now a museum.
However another outstanding monument in Dolores is its late colonial Casa de Visitas. 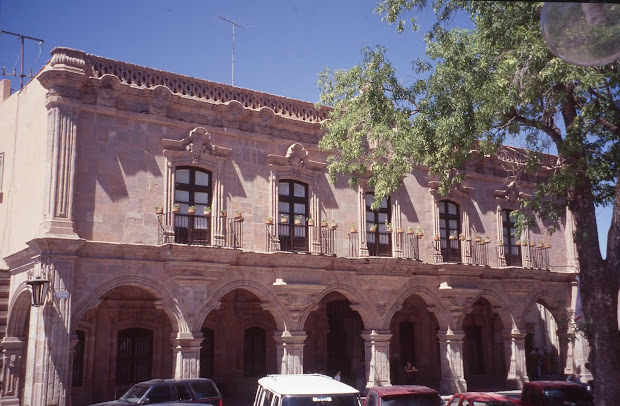 La Casa de Visitas
This arcaded former mansion for visiting royal officials, also known as La Casa del Subdelegado, is one of the most elegant civil buildings in the region. Constructed from the same roseate stone as the church, the palace was completed in 1786 according to a plaque above the center archway. Stylistically, its long front favors the geometrical mode of the late baroque Churrigueresque—although less exuberant than the church.
Six lobed arches spring from square piers to form the street level arcade. On the second level, five large French windows, each capped by an ornate scrolled pediment, are placed over the piers, opening onto handsome corbelled balconies with lambrequin pendants. 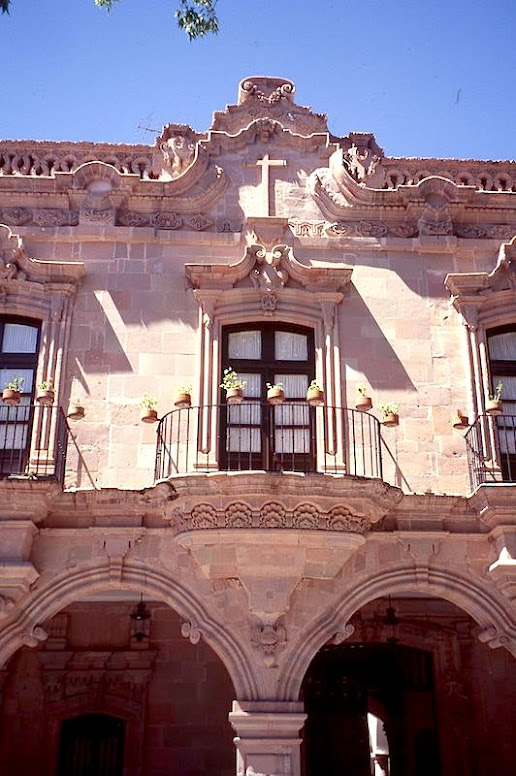 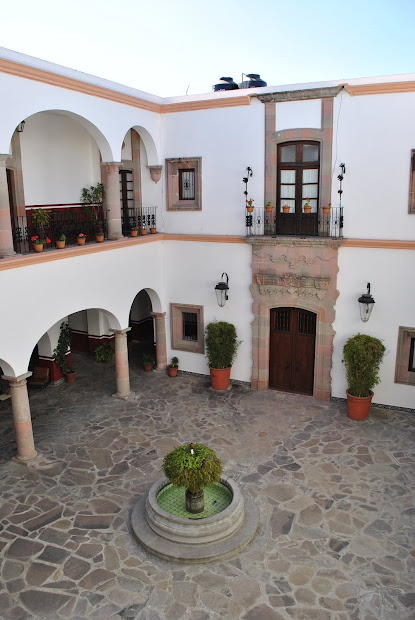 By contrast, the interior patio of plain arcades and classical doorway is rather modest.
text and images © 2020 Richard D. Perry
Posted by Richard Perry at 12:14 PM