Guanajuato has been in the news recently because of internecine cartel violence, further discouraging visitors to the state. Here and in forthcoming posts we offer armchair travelers an insight into some of its outstanding colonial monuments.
On September 16 1810 Father Miguel Hidalgo y Costilla made the first call for Mexican Independence from the steps of the parish church of our Lady of Sorrows in Dolores Hidalgo, Known as the Grito de Dolores, it is reenacted every year by Mexico’s President from the balcony of the National Palace in Mexico City. 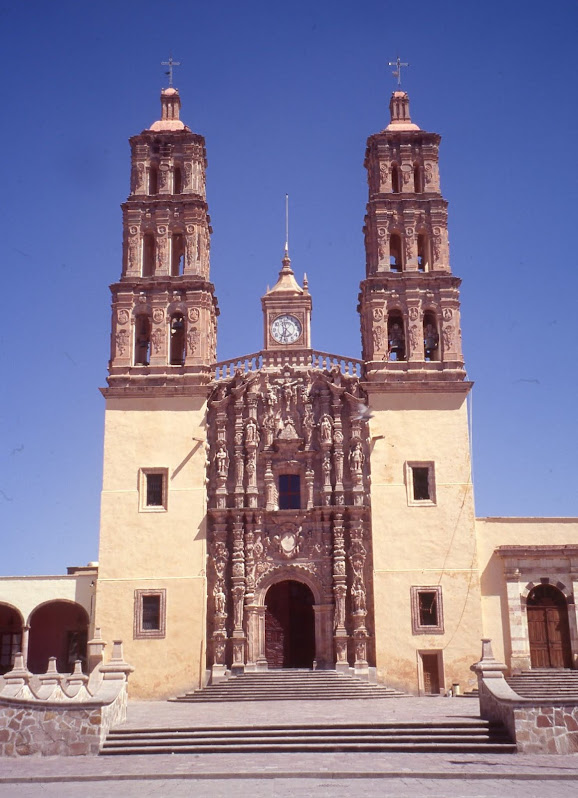 The parish church dominates the plaza and the town. So it is easy to understand why Father Hidalgo, then the parish priest, chose its elevated porch for his momentous proclamation.
Founded in 1712 by Alvaro de Ocio y Ocampo, one of Hidalgo’s predecessors, the church was not completed until 1780. In its dizzying verticality, this handsome structure perfectly exemplifies the 18th century Mexican church, and represents one of the high points of the Churrigueresque or barroco estípite style in Mexico.
The imposing facade rises at the head of a broad flight of steps, flanked by blank towers with ornate triple-tiered belfries—the tallest and most complete in this region of unfinished towers.
Although its designer is unknown, stylistically it has been linked to Francisco Bruno de Ureña, a scion of the eminent family of Mexican designers and architects*. 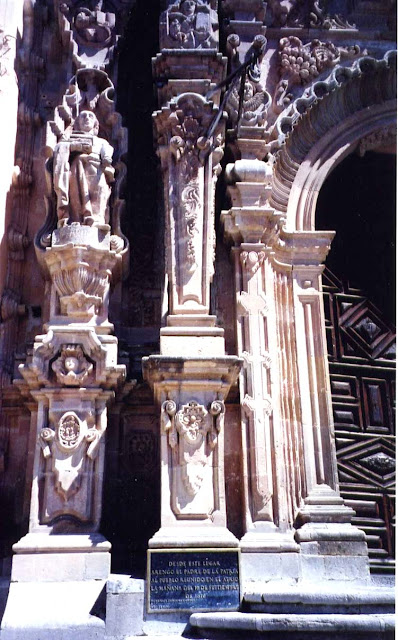 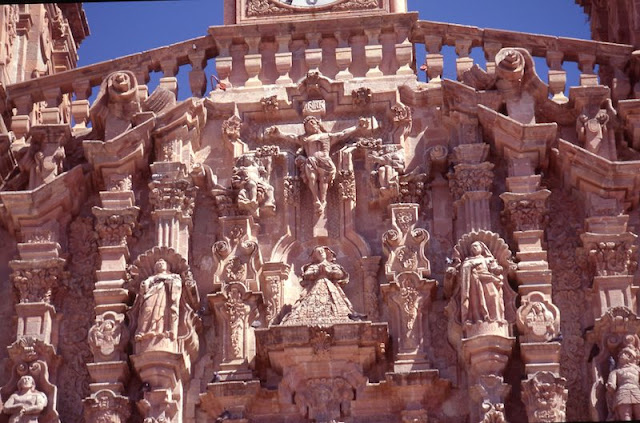 Projecting from their twisting shell canopies, the figure sculptures are disappointingly lackluster. Exceptions are the statue of the Virgin of Sorrows in the upper facade, splendid in her triangular gown with puffed sleeves and elaborate flared skirt, and the truncated figure of Christ Crucified set in a cross-shaped frame at the apex of the facade—a regional motif also seen at San Agustín in Salamanca, San José in Irapuato and San Agustín in Querétaro. 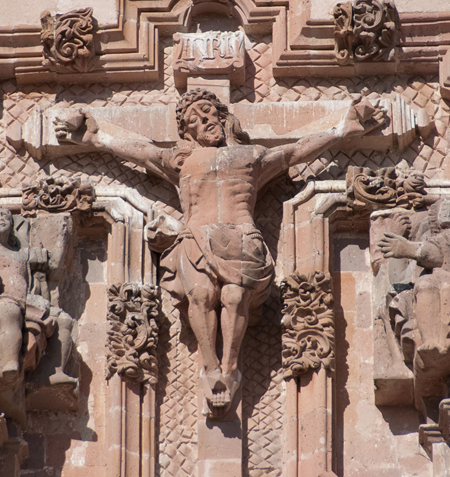 The Retablos
The interior follows the classic cruciform plan, with its crossing and transepts illuminated by a lofty dome. Although the main altarpiece was later replaced by a neoclassical altar, the two magnificent original retablos in the transepts have fortunately survived. 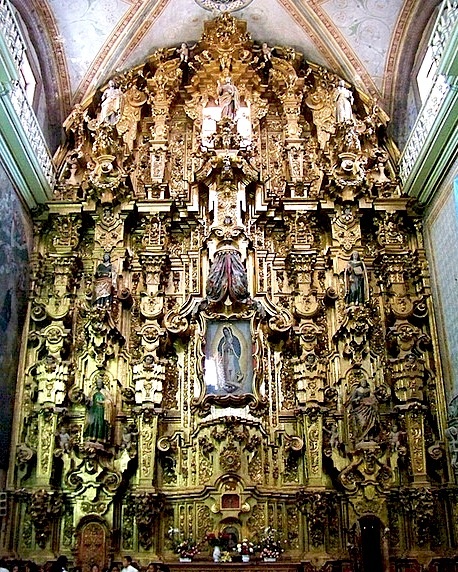 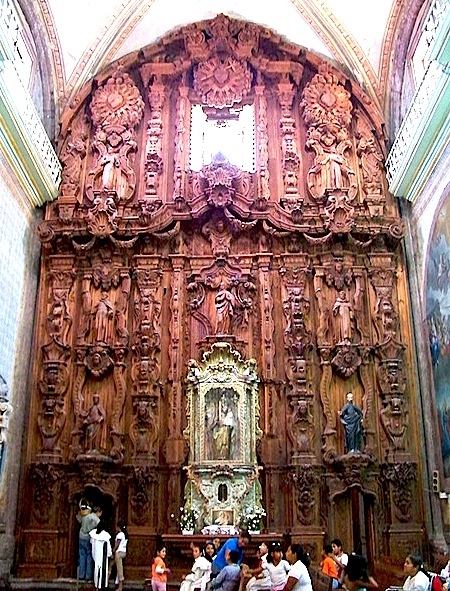 The unfinished retablo of San José, opposite, is somewhat more restrained. Complex niche-pilasters again dominate the design, emerging from decorative estípites on either side. But the overall effect, although still dazzling, seems less voluptuous, partly because of the absence of paint and gilding—perhaps omitted for lack of funds.
However, this lapse allows us the unique opportunity to appreciate the high quality of the original wood carving. The seasoned cedar wood retains its own special texture and lingering fragrance after more than two centuries. (see an earlier post for another example)
* to see our other Ureña related posts search our blog with this name.
text © 1997 & 2020 Richard D. Perry
color images by the author.
Posted by Richard Perry at 9:04 AM