A wooden roof mounted on shaped corbels covers the roomy interior, which was rebuilt and furnished following a disastrous fire in 1700. 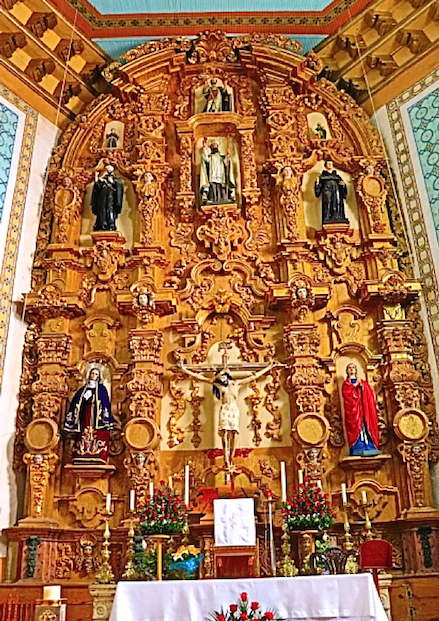 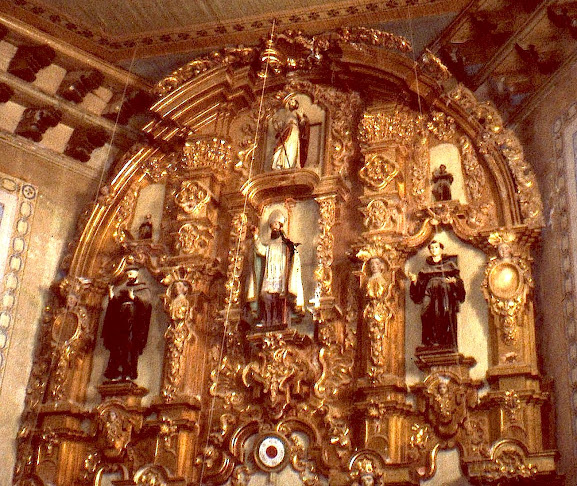 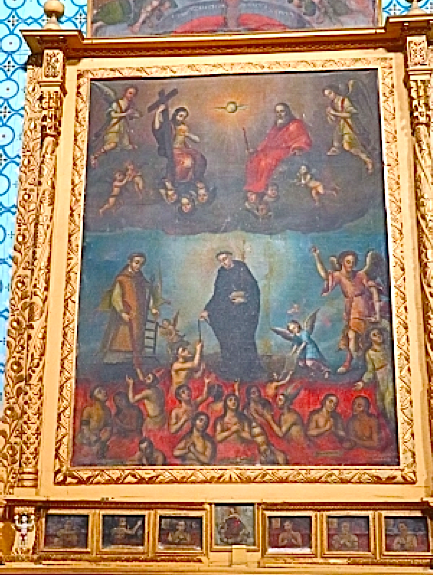 The Animas retablo
Probably earlier than the main altarpiece, this side retablo represents Souls in Purgatory. The principal painting is dated 1733 and is divided into three levels; Heaven above, with the Holy Trinity; Earth in the center, and Purgatory below. 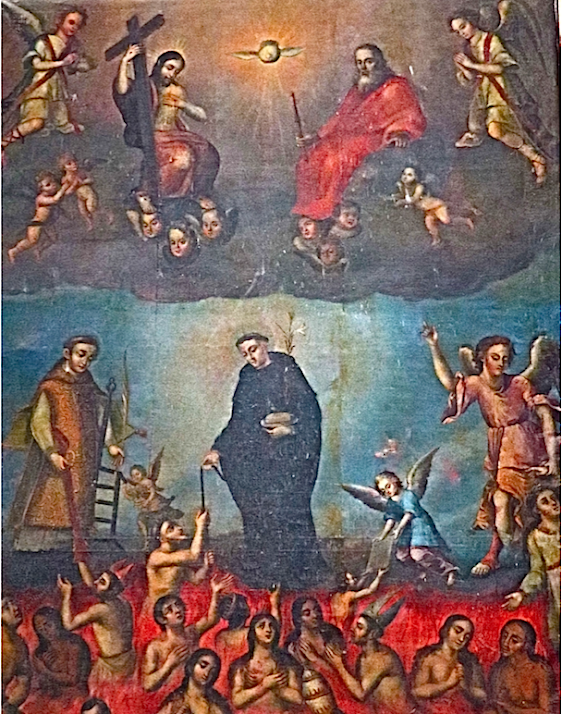 Three figures dominate the center section, the Augustinian saint Nicholas of Tolentino in the middle flanked by St Lawrence with his grill, and the Archangel Michael on the right.
Nicholas gestures to a soul with his robe cord, saving him from Purgatory. More souls, several in chains are shown in the smaller panels along the predella below.
text © Richard D. Perry
color images courtesy of Alejandro Vargas
Posted by Richard Perry at 1:08 PM