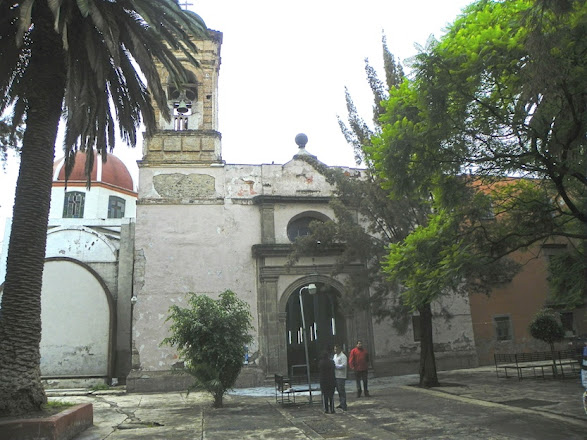 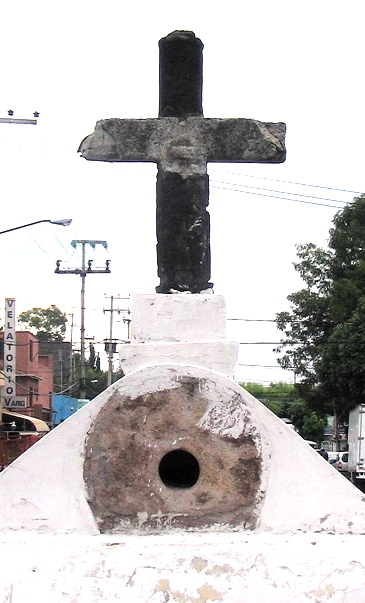 In spite of its worn and fragmentary state, the Magdalena cross is an interesting oddity. The original crosspiece is missing, long ago replaced by a now crumbling cement block. But most of the black basalt shaft remains, carved on all sides with eroded but still identifiable Instruments of the Passion: a stumpy Column with a cockeyed Rooster, above what appears to be the Host on the front of the cross. 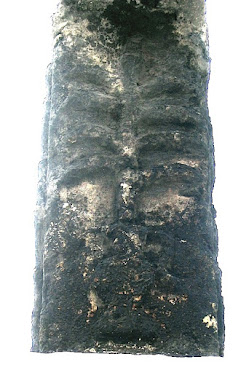 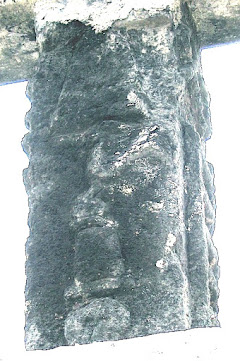 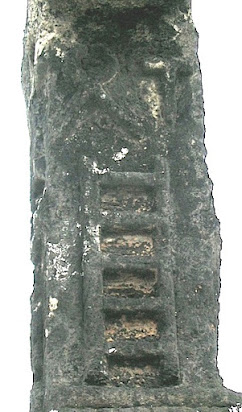 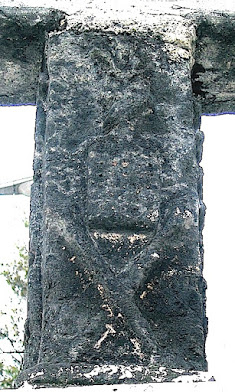 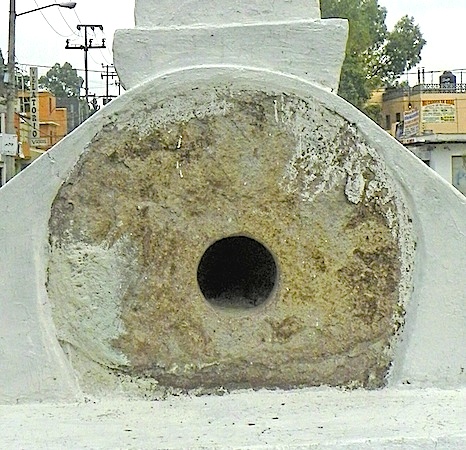 But the most intriguing feature of the present cross is its placement atop a pyramidal base in which is embedded a large Aztec ring stone, possibly a ballcourt marker, whose recessed center continues to be used for offerings of candles and flowers. 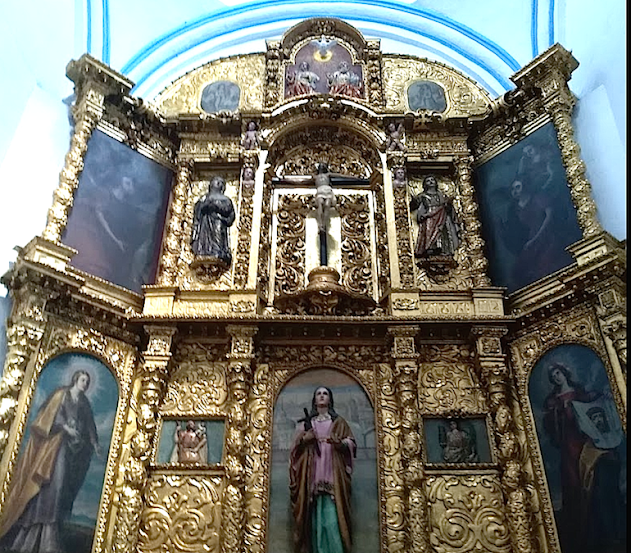 Inside the church a notable survival is the main altarpiece, fashioned in early 18th century style with spiral columns and gilded foliated relief throughout.
The retablo includes paintings as well as statuary, with a focus on female saints, notably the patron Mary Magdalene in the center niche.
The Holy Trinity occupies the niche in the surmounting gable.
Text & b/w images © 2021 Richard D. Perry
color images courtesy of Robert Jackson
Posted by Richard Perry at 11:40 AM