February 2 is the feast of La Candelaria—Candlemass— celebrated across Mexico as marking the end of the Christmas season. We mark this day with a visit to the little chapel of La Candelaria in San Felipe de Los Alzati in eastern Michoacan.
In an earlier post we looked at the carved atrium crosses in this colonial religious complex, here we look in some detail at the modest chapel and its altarpiece. 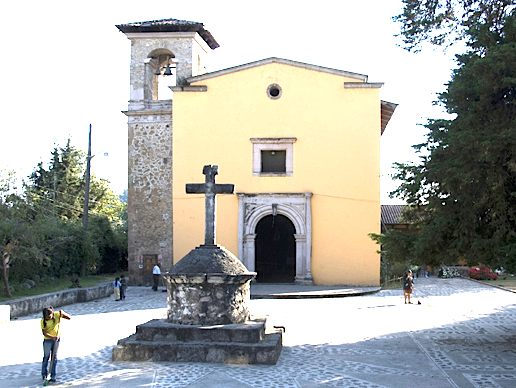 While the chapel front is unassuming— its sober classical entry dominates the square facade and a simple detached bell tower in the regional tradition adjoins the north side—the severe interior is of interest largely for its beamed roof and the retablo at the east end. 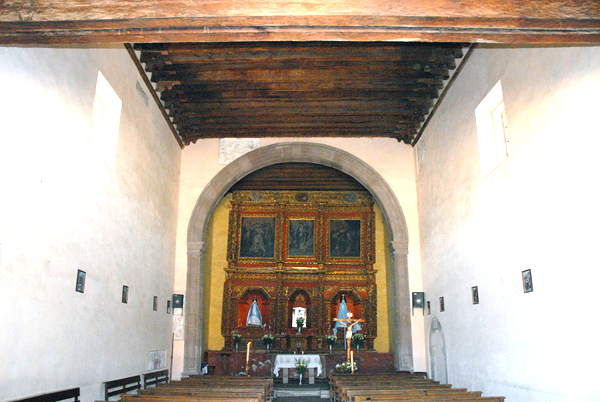 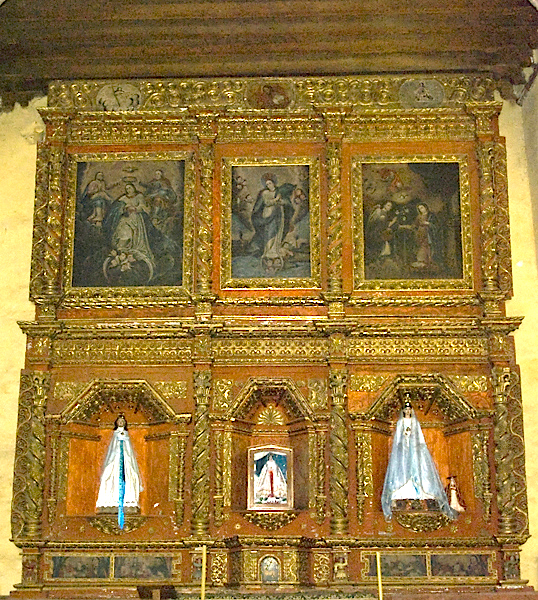 Simply framed by gilded spiral columns and pilasters, the statues on the lower tier as well as the paintings on the upper tier represent different images of the Virgin Mary, although only the central figure below appears to show La Candelaria.

Of special note are the paintings in the predella at the base of the retablo, which represent variously the Four Evangelists, and the Doctors of the Latin Church: on the left, Ambrose; John the Evangelist; Matthew and Augustine, and on the right Sts Luke; Gregory; Jerome and Mark.
text © 2021 Richard D Perry
color photography © Niccolo Brooker with thanks
Posted by Richard Perry at 11:58 AM