San Felipe de Los Alzati is a small village on the way to the butterfly refuge at nearby Angangueo, in eastern Michoacán, and is renowned for its spectacular atrium crosses. 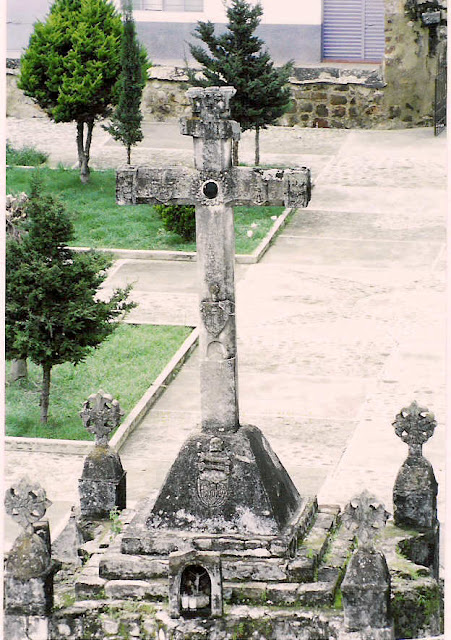 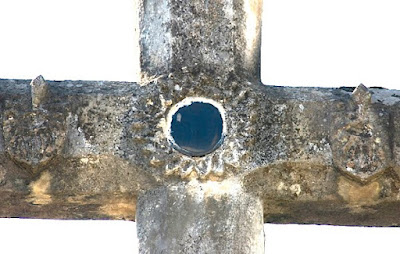 Like the former, a black obsidian disk or mirror is set inside a crown of thorns motif at the crossing. Shovel shaped Wounds project from the arms, pierced by large vertical spikes.

A third, larger Wound, also pierced by a round-headed nail, decorates the octagonal shaft—the only other Passion symbol to appear on the cross. The round hole in the shaft may also have had an obsidian inlay at one time.

Stylized fleur-de-lis reliefs adorn the block finials on the arms and atop the head of the cross. 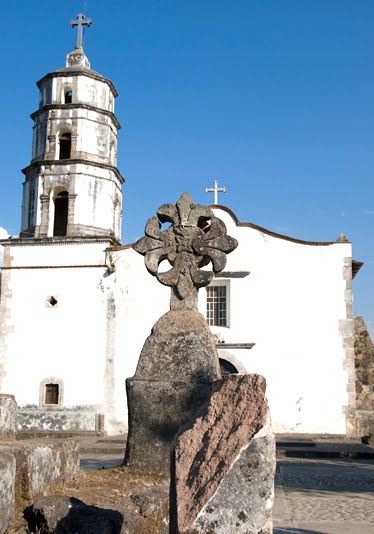 The cross rises from a stepped, pyramidal mound carved with a Skull and Bones and the Franciscan emblem of the Stigmata. Merlons, surmounted by complex fleurs-de-lis reminiscent of Celtic crosses, mark each corner of the elevated base beneath. 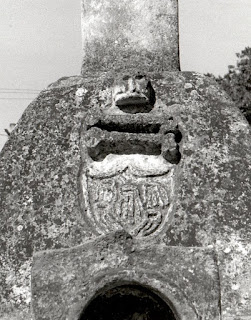 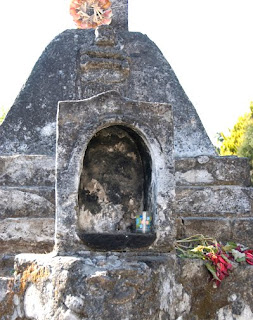 A small, arched niche sits on one side of the base, underlain by a basalt bowl looking very much like an Aztec cuauxicalli, or sacrificial vessel—still a place for local offerings. 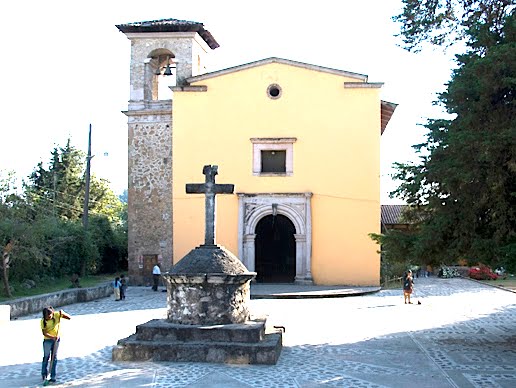 The second cross stands in front of the adjacent chapel of La Candelaria, set high atop a domed, cylindrical base. 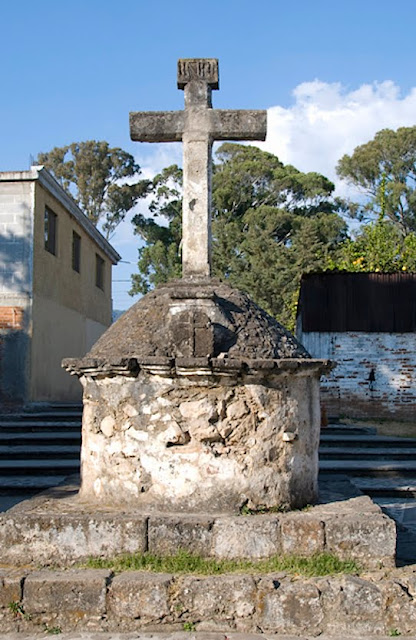 The Candelaria cross is plainer than the principal cross, although now mostly erased reliefs can be traced on the arms and crossing. As with the main cross, the round indentation in the shaft may once have housed an obsidian inlay. 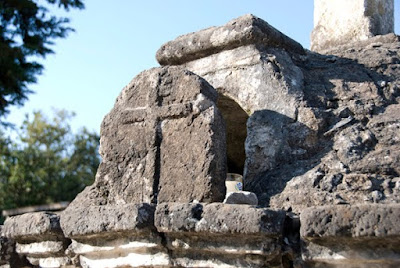 Like the principal cross, the pedestal is inset with an arched niche, here hidden behind an altar stone or gravestone carved with a cross relief.