Chimalistac
Carved White Shields
Dedicated like Axotla to St. Sebastián, Chimalistac was originally founded as a retreat for Augustinian friars and remains one of the most delightful churches in the Coyoacán area of Mexico City, enjoying a rustic setting with trees, bridges and a fountain.

Originally a simple one room chapel, its shallow transverse nave was a later addition, which provides a broad viewpoint for the splendid, late baroque, gilded retablo behind the main altar, on which is displayed a statue of the patron saint and martyr. 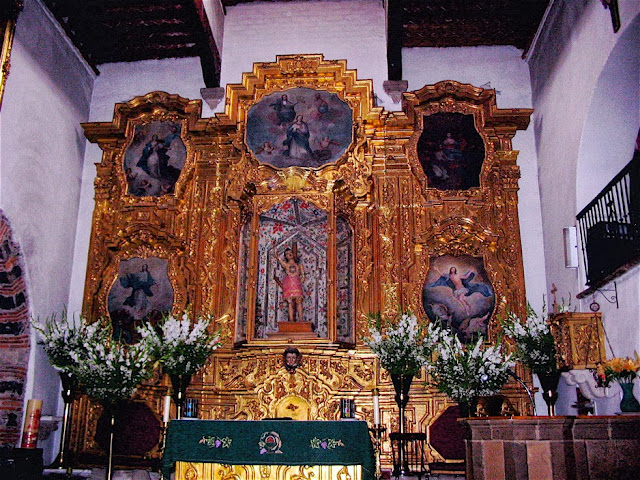 Although encroached upon by the surrounding city, Chimalistac retains its long tree-lined atrium that frames the approach to the church. 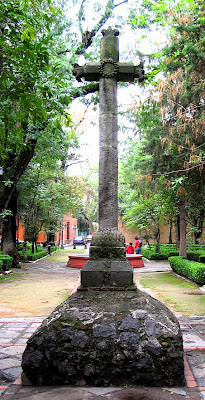 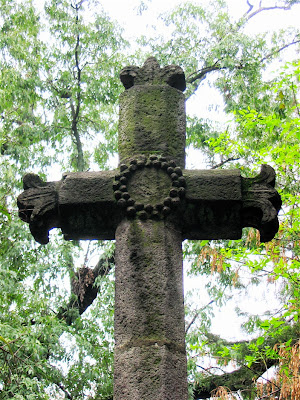 An exceptionally tall stone cross stands in the center of the walk that bisects the atrium. Probably dating from the early 17th century, it is closely styled on the Coyoacán and Axotla crosses.
Octagonal in section, with a segmented shaft and shortened arms, it bears no reliefs other than a stylized crown of thorns made up of carved beads at the crossing. A single drilled hole in the lower shaft may represent one of Christ's wounds. 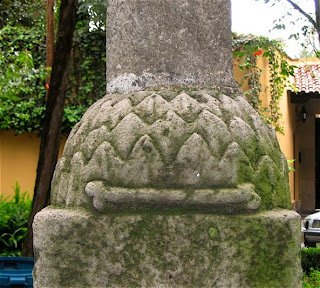 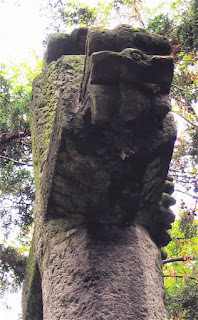 The arms and head are tipped with petaled, fleur-de-lis finials as at Axotla but more fully developed,  although much less extravagant than other crosses in this area at Huipulco, San Pedro Martir or Ajusco.
As at Axotla and neighboring Mixcoac, a most interesting feature is the worn pedestal supporting the cross, here incised with bones against a serpentine, zig-zag leaf pattern of possible pre-hispanic inspiration. 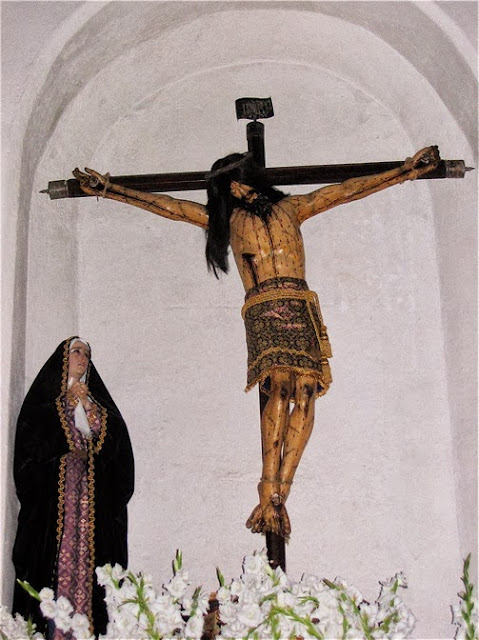 Inside the church, in addition to the gilded altarpiece there also hangs another exceptional colonial artifact—a fine early cristo de caña or lightweight processional crucifix.
text and images © 2013 Richard D. Perry
Look for our forthcoming guide to Mexican Stone Crosses
Posted by Richard Perry at 3:08 PM