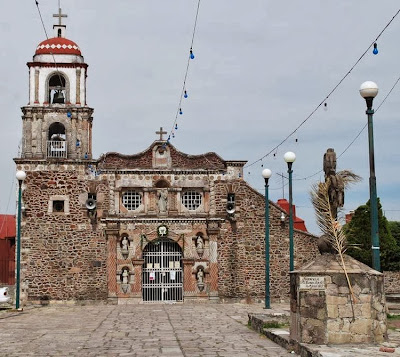 Recessed behind its large, walled atrium set beside winding Calle Matamoros on the chilly heights above Tlalpan, in the southern reaches of Mexico City, the church of St. Thomas displays its rugged front of irregular red tezontle. 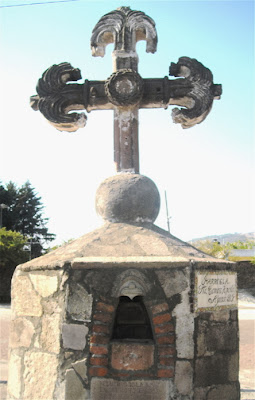 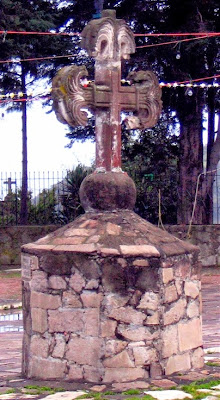 The Atrium Cross
Facing north and mounted on a high octagonal base in front of the church, this complex 17th century cross is perched atop a large globe pedestal.  The base is partly hollow at the front, with an arched opening for offerings. 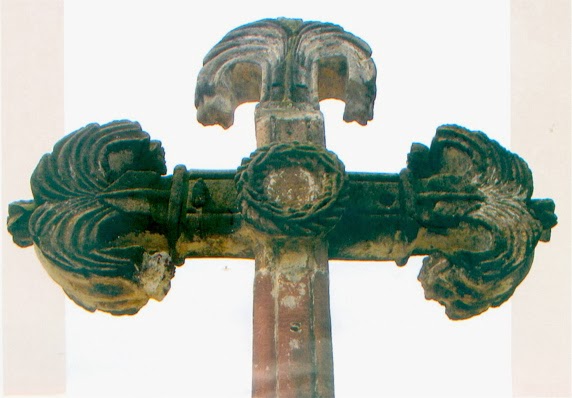 A cross-within-a-cross design is incised on both sides of the stunted arms and shaft into which deep Wound holes are drilled. On the front, a pinwheel like woven Crown stands out at the crossing, its recessed center once perhaps inlaid with obsidian.

Broad arrowheads radiate out from the arms to wildly gushing fleur de lis finials which are tipped with delicate rosettes.  Although now eroded, with some of their fine detail lost, these outsized finials represent the apogee of the exuberant foliated style of the region. 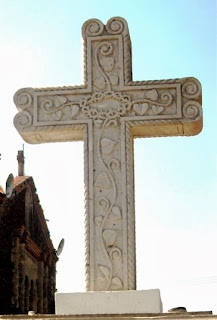 A modern, decorative cross in a different style can be found at
neighboring San Miguel Ajusco.

Look for our forthcoming guide to Mexican Stone Crosses
Posted by Richard Perry at 10:10 AM