San Sebastián Martir Axotla
Where Lizards Roam
Hidden away in the southern part of Mexico City near Coyoacán, San Sebastián Axotla is a small gem of a church—a leafy oasis of tranquility in the teeming surrounding metropolis.
The church is primarily distinguished by its superb 16th century arched doorway, robustly sculpted in tequitqui style with luxuriant, spiky foliage that may reflect the horticultural heritage of this ancient barrio.
Franciscan insignia, including the Stigmata and the knotted cord, recall its origins as an early foundation of the Seraphic Order. And woven into the roundel relief at the center of the arch are the initials of the patron saint (SSM) 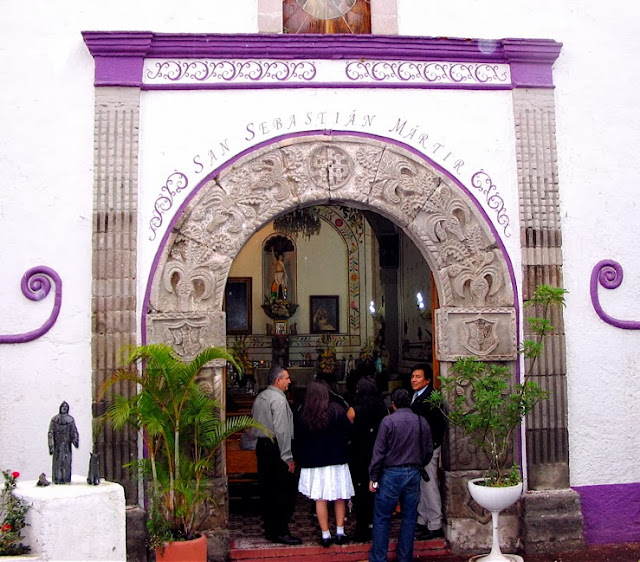 Beyond the broad entry gateway, two stone crosses stand in the narrow, garden like atrium in front of the church, although neither is as lavishly carved as the doorway. 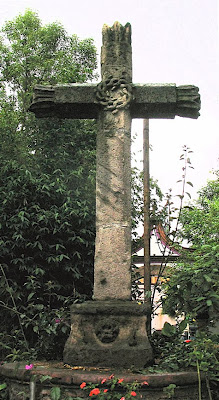 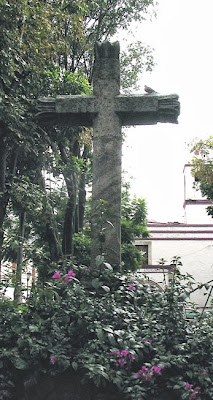 The octagonal atrium cross, simply adorned with a wreath like Crown at the axis, is clearly derived from the Coyoacán cross but with more pronounced finials.  The chamfered lower shaft rests on a rectangular pedestal carved with worn reliefs of a primitive, toothy Skull and Bones. 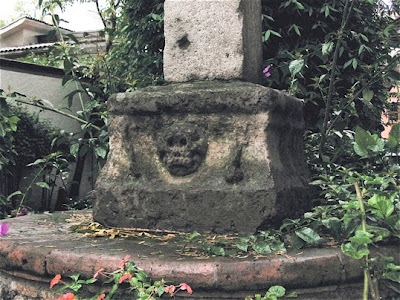 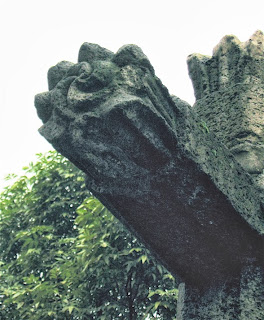 There are no other reliefs beyond the sprouting leaves of the corona like finials, here decorated at their tips with whirling stars—a motif that has been linked to the huacalxochitl (basket flower) an important indigenous ceremonial plant and hallucinogen. 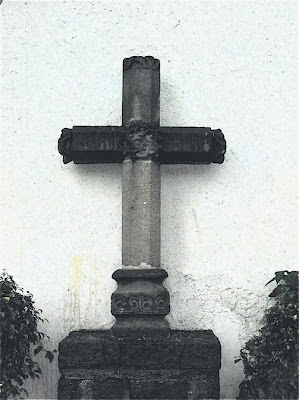 A second cross, mounted against the side wall of the atrium, is a newer, smaller version of the principal cross with minimal finials, set on a pedestal ornamented with fleurs de lis