Treasures of Tepeapulco: the Crosses

The Crosses
Among the many colonial artifacts at Tepeapulco is an extraordinary group of carved limestone crosses, all believed to date from the 1500s. Each of these monolithic crosses bears distinctive imagery related to Christ’s Passion, executed with an intriguing variety of detail and skill.

1. The Wall Cross
The largest and most prodigiously detailed cross is mounted on the west front of the church beside the doorway. It is profusely sculpted in high relief on three sides with a panoply of Passion symbols. 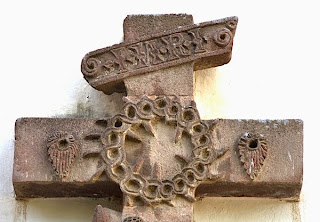 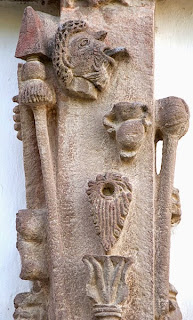 These include a large crown of thorns at the crossing, with spines radiating inwards and outwards. The crown is flanked on the stubby arms by two stylized bleeding Wounds punctured with deep holes.
Below, a third Wound on the main shaft appears to cascade blood into a chalice. A bearded head on the shaft utters an imprecation while Adam's skull grins at the foot. 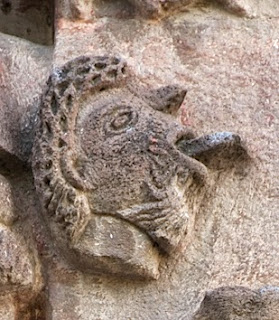 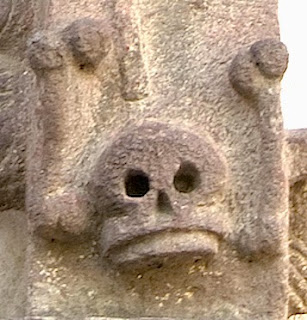 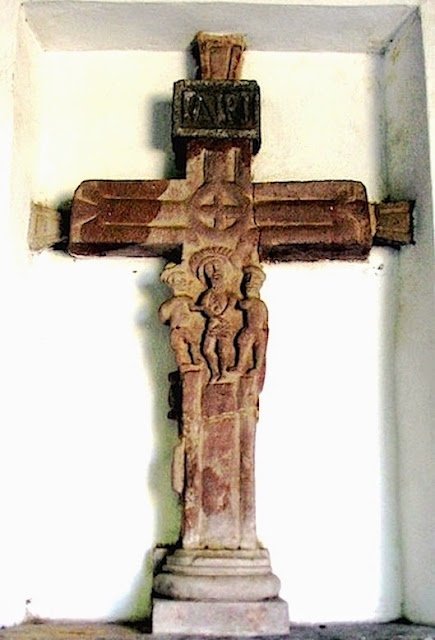 2. The Portería Cross
The second cross is located in a niche at the back of the adjacent, arcaded portería that fronts the convento. The details of this small, battered cross are weathered by time and the elements, suggesting that it may have been the original atrium cross of the monastery set up in the open in front of the monastery.
Although carved with few sculptural details, this cross displays what may be an Ecce Homo or Christ at the Column relief beneath the crossing flanked by two helmeted figures, probably Roman soldiers.

3. The Church Cross
A third, slender cross currently rests in the apse of the church. Similar to wall cross, although less profusely carved and in lower relief, it combines imagery from the two others.
Flanked by a looped, hanging rope and a bleeding Wound on either arm, a stylized Crown of Thorns again adorns the crossing, its deeply recessed center at one time no doubt inset with an obsidian disk.  Like the wall cross, a scrolled INRI plaque slashes across the neck at an angle. 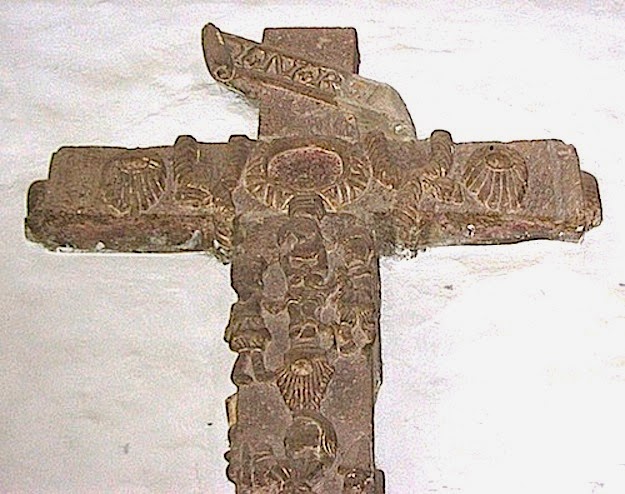 As with the portería cross, a diminutive figure of Christ is shown, here standing atop a large, stylized Wound, again flanked by his tormentors. Below is the head of Judas with a purse around his neck spilling coins into the crossed spear and sponge beneath.

4. Painted Crosses
In addition to these sculpted crosses, several other painted examples appear throughout the monastery in varying contexts, lining the corridors and conventual rooms: 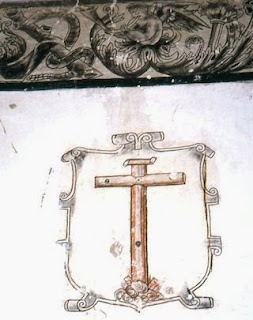 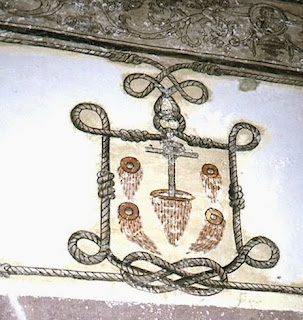 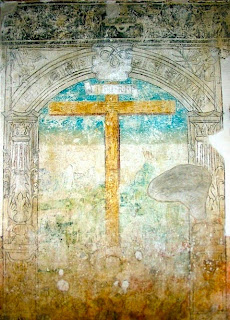 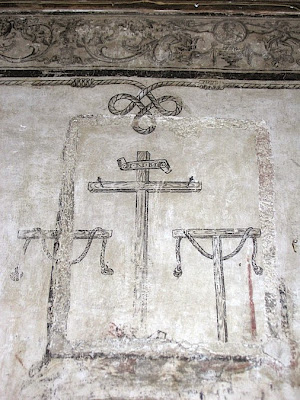 Other examples of ornamental stonework at Tepeapulco, include several monolithic stone fonts carved with knotted cord rims, that date from early colonial times. 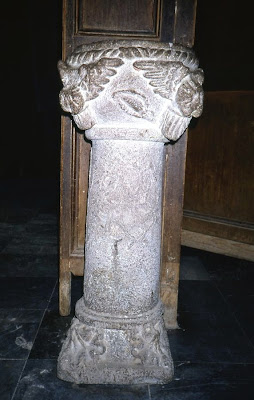 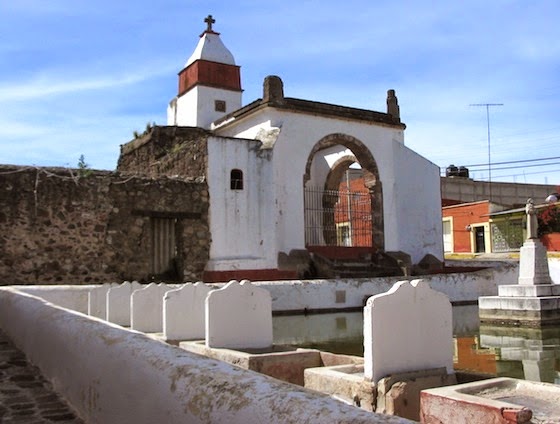 Up the road behind the monastery, at the end of a 20 kilometer-long aqueduct, is the famed Caja de Agua. This communal fountain and washhouse, built in 1545 to channel spring water, is one of the few early colonial examples of its kind left that functioned until very recently. In colonial times the system extended to the monastery, which was its prime beneficiary. 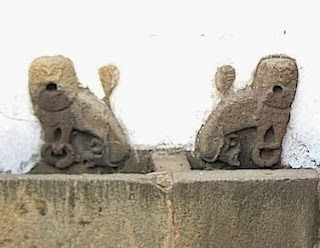 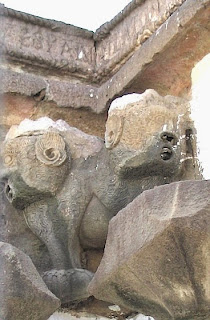 The stumpy pinnacles atop the building are carved with reliefs of lions and rams as well as local flora including corn, cactus and, of course, maguey.