We continue with our series on the early monasteries of Hidalgo with a look at one of the largest, San José Tula, located near the site of the ancient imperial Toltec capital of Tollan, home of the prehispanic cult of Quetzalcoatl.
The grand fortress monastery of San José Tula was once the focus of the entire Franciscan missionary enterprise in this area of Hidalgo. 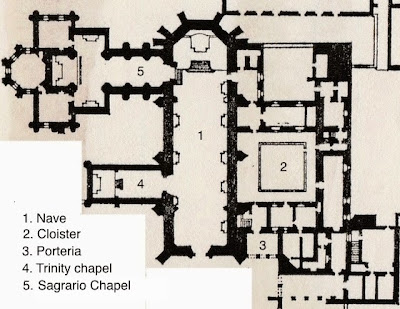 Although some of its 16th century character has been compromised by later accretions, neglect and even ill considered renovation, its majestic scale and noble architecture still impress.
The raised, battlemented atrium extends over 200 feet in front of the monastery, accessed by moorish style gateways. 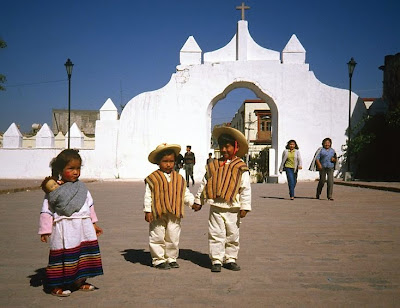 The exceptionally high walls of the church are veneered with ashlar stonework and braced by cyclopean prow buttresses topped with turreted garitas, or sentry boxes. A crenelated parapet encircles the church at the roofline.
We can admire the elegant but somewhat severe Renaissance lines of the west door, its coffered archway flanked by Corinthian columns and echoed in the surmounting rounded pediment.
The original porciúncula, or north doorway of the church, similar in style to the west porch, has been preserved inside the entry to the Trinity chapel. 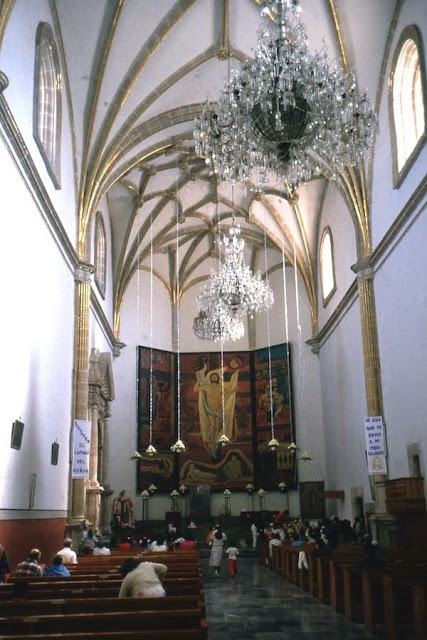 The narrow but lofty nave impresses, roofed by a series of Gothic rib vaults. The superior quality of the stone work stands out in the the fluted pilasters dividing the bays, the molded windows and the sober baroque entry to the side chapel of the Sagrario. 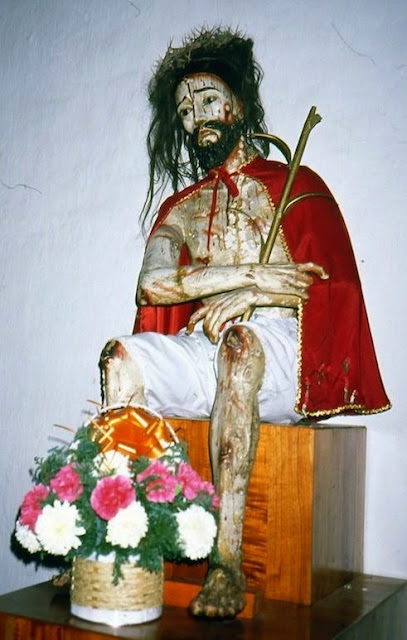 Although the church interior is fairly sparse, with few altars or images, two items stand out. First the tormented, bloody figure of the Man of Sorrows, an earthy folk image that contrasts with the sober classical surroundings.
And in the lunette above the altar in the Sagrario Chapel, a large, rare and complex painting of the youthful Christ taking breakfast with his family, by the noted poblano artist Luis Berrueco.
Other paintings in the church include a series of canvases on themes related to the life of St. Francis by the 18th century artist Cristóbal de La Torre—the largest selection of his known works, currently scheduled for restoration.
text & graphic © 2015 Richard D. Perry
images by Niccolò Brooker and Enrique López-Tamayo Biosca
Posted by Richard Perry at 10:37 PM