Treasures of Tepeapulco: the Church

Continuing our illustrated series on early Mexican monasteries, we present the first of three posts on San Francisco Tepeapulco, an important 16th century Franciscan monastery, located in the state of Hidalgo some 100 kms northeast of Mexico City.
We look first at the monastery site and the church with its sculpted doorway. In our next post we describe the numerous crosses, both carved and painted, throughout the monastery. Finally we look at the wealth of early murals inside the convento.


TEPEAPULCO
Beside the High Hill

When the Spaniards arrived in Mexico, the cult of Huitzilopochtli, the Aztec war god, held sway in Tepeapulco, his imposing temple superimposed on an older site sacred to Tlaloc, the ancient rain god. His dominion was short-lived, for immediately after the Conquest, Hernando Cortés personally ordered the destruction of the deity's bloodstained shrine that towered above the town.
Franciscan missionaries arrived in Tepeapulco in 1527, led by Father Toribio Motolinia, one of the original Franciscan Twelve—a dedicated missionary and chronicler of the Spiritual Conquest.
The monastery was founded in the following year by the eminent preacher and scholar Fray Andrés de Olmos, also one of the Twelve. The imposing new monastery, dedicated to St Francis, was built atop the prehispanic pyramid, using the stone of the demolished temple. Construction was often interrupted by plagues among the Indians and a perennial shortage of friars.
However, both church and cloister were complete when Fray Bernardino de Sahagún stayed here from 1558 to 1560, working on the Primeros Memoriales, the first part of his epic account of native society and religion. 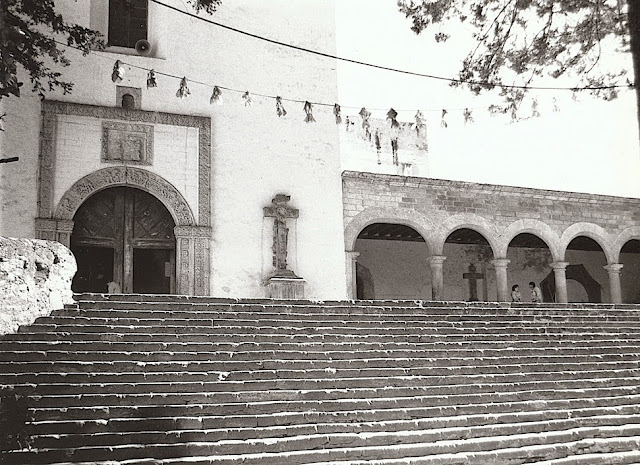 From the town plaza below, a flight of stone steps climbs steeply to the western gateway of the atrium—a huge enclosed area of shady gardens crisscrossed by stone-flagged pathways. At the far end, another broad stairway, in part of prehispanic origin, leads to the monastery itself, set high on an upper terrace.
Although the church was substantially rebuilt in the 18th century, its plain facade is original. The tower, dated 1530 by a plaque on its north face, is very early, possibly the first ever built in Mexico. Officially prohibited by the constitutions of the Order, towers were especially rare in Franciscan churches of this period. 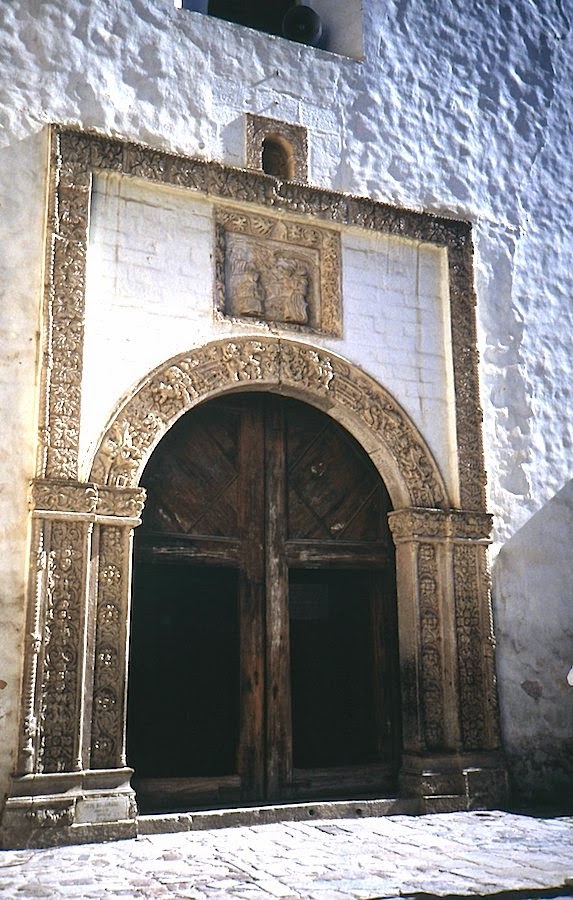 The Church Doorway
Apart from the siting, the first thing to catch the eye of the visitor is the intricately carved porch, whose simplicity of design and richness of detail established a pattern for numerous other church and chapel doorways throughout the region. 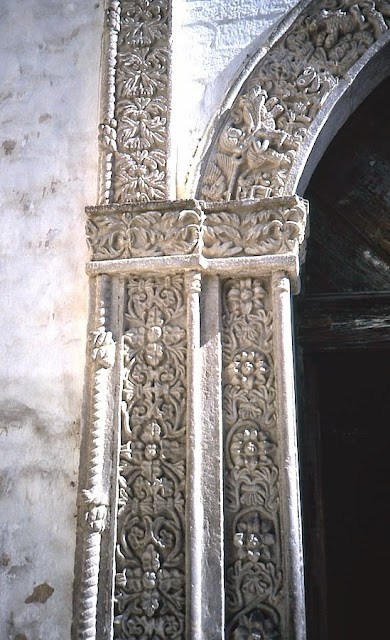 Derived from an even earlier doorway at Texcoco, it features broad jambs inset with densely carved relief foliage, a sculpted archway and a surmounting alfiz framed by the Franciscan knotted cord.

But the chief focus of interest is the fantastical archway or archivolt frieze, expertly carved in the round. The iconography of the frieze, especially its unusual bestiary, raises a number of questions as to its meaning and sources. 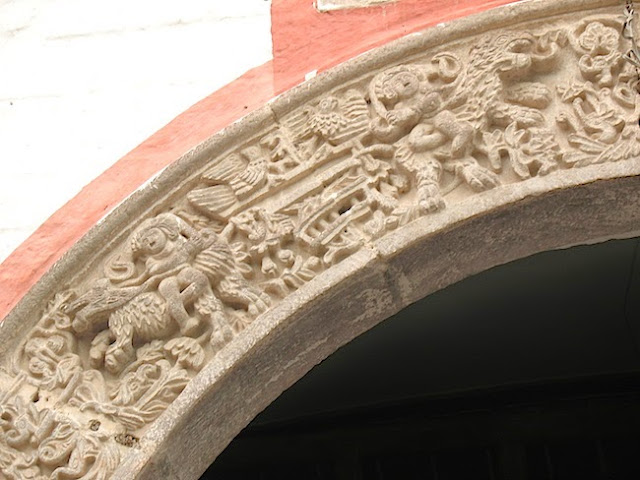 Putti mounted side saddle on lions and jaguars, some of which appear to be feathered, ride around the archway in a frieze with birds, crosses, acanthus leaves and codex-style speech scrolls.
The exact significance of these felines is unclear, although big cats were associated with Tlaloc—felines also appear in the monastery friezes and the nearby Caja de Agua.
(In prehispanic imagery there are many fabulous beasts with mixed attributes, some including feathers. The plumed serpent is the best known, considered to represent the deity/folk hero Quetzalcoatl, but there are others including dogs (el coyote emplumado) and felines—el tigre emplumado—reportedly an earth and water deity in nearby Teotihuacan. 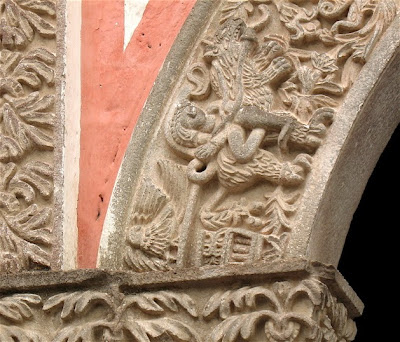 Also it is not certain that the riders are cherubs; they may be other supernaturals. There are other items in the frieze like the owl/eagle and drum like objects. Song/speech scrolls issue from the mouths of both the human and animal figures. 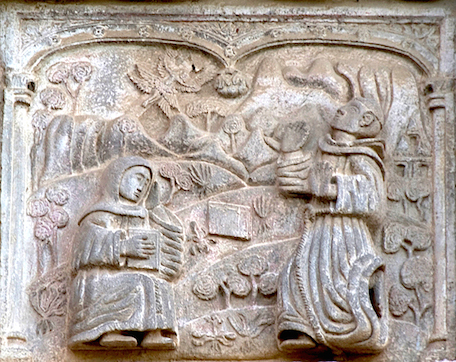 In contrast to the sophisticated carving of the archway the relief of St. Francis receiving the Stigmata above the door is primitive, the rudely formed figures set in a locally inspired landscape of cone-like hills and, significantly, maguey plants.

Maguey sap is the source of pulque, the mildly alcoholic native beverage, for which Tepeapulco was famous in prehispanic and colonial times. Other references to pulque appear throughout the monastery.

text & black and white images ©1992 and 2015 by Richard D. Perry.
color images by the author and Niccolò Brooker
Posted by Richard Perry at 10:41 PM