San José Tula: the Convento and its Murals

The Convento
The convento is earlier, more modest and less refined than the later church at Tula. Although the portería has been rebuilt, the arcaded cloister is original.
Cut from cool gray limestone, the molded, concave arches of the lower level spring directly from plain supporting columns without benefit of any capitals. These contrast with the slab capitals of the pinkish brown arcades of the upper cloister.
The Murals
The surviving Tula frescoes are confined to the stairway to and the walks of the upper cloister. Although in generally poor condition, they have been recently restored as far as is possible.
Finely delineated in grisaille monochrome and based on northern European print sources, the murals were accented with reds, blues and earth colors.
A pair of frescoes, in the lunettes above the entry arch and over the stairwell, depict three Franciscans—probably St Francis flanked by the kneeling Sts Anthony and Bonaventure—and an unusual, reclining St. Mary Magdalene in a cavelike landscape with a church and groups of figures. 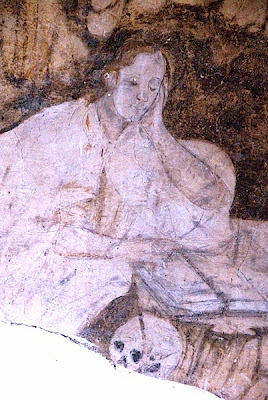 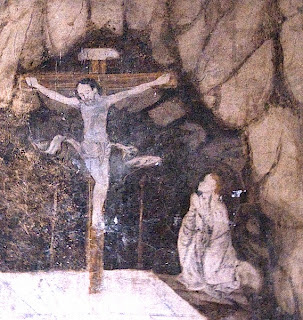 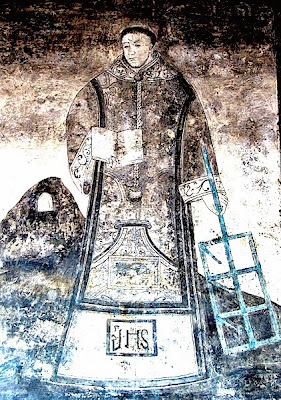 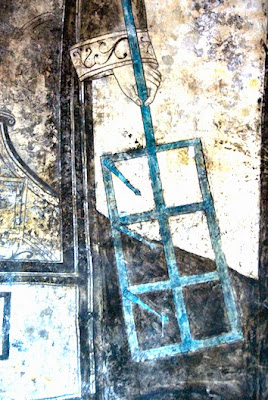 St. Lawrence and his grill with local landmark Cerro Xicuco behind  © Niccolò Brooker 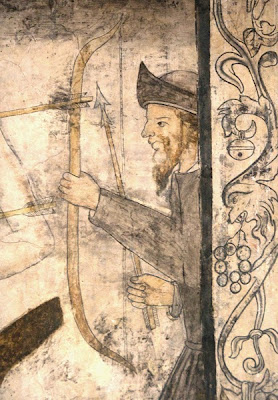 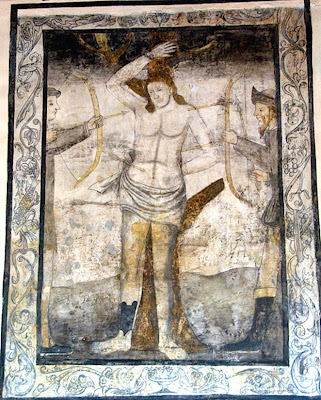 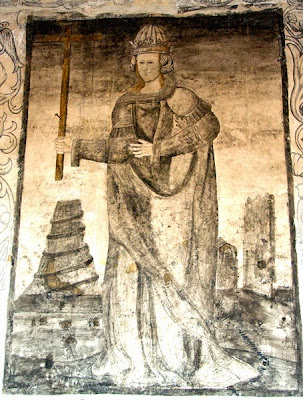 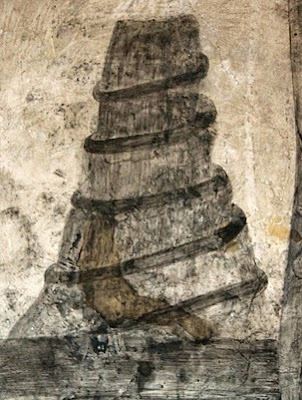 St. Helen and the Tower of Babel  © Niccolò Brooker

text © 2015 Richard D. Perry. images by the author and courtesy of Niccolò Brooker
Posted by Richard Perry at 12:27 PM