On a trip to document the carved stone crosses of the Mexico City area, we visited the singular church of Santa María Tepepan, near Xochimilco in the southern part of the city—another in our occasional series on distinctive and historic Mexico City colonial monuments.

Santa Maria de la Visitación Tepepan
The unusual placement of this church on an elevated site is in part due to the fact that the hill upon which it rests was formerly a popular shrine to the Aztec mother goddess Tonantzin.
Under the impetus of Fray Pedro de Gante, the pioneering Franciscan educator, this site, sacred to a female deity, was appropriated for a 16th century shrine dedicated to the Virgin Mary, for whose construction the traditional stone working skills of the local native artisans were redirected.
Several colonial art works of interest are found in the church and its precincts: 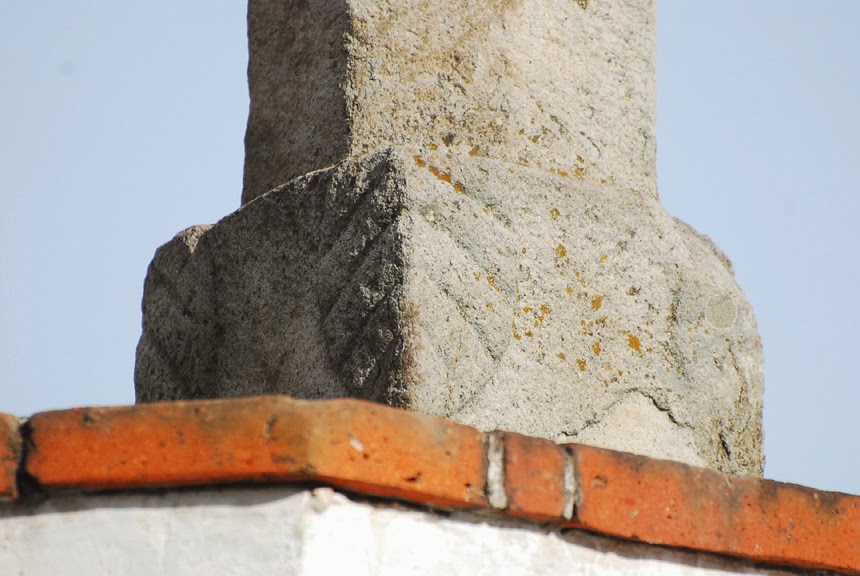 First, the former stone atrium cross is now raised above the entry gateway. Similar in style to the early Franciscan cross at San Juan Coyoacán, it features an eroded, stylized crown of thorns at the axis. The bulbous head and arms of the cross terminate in flared, forked finials with protruding buds, and feathery reliefs anchor the foot of the cross. 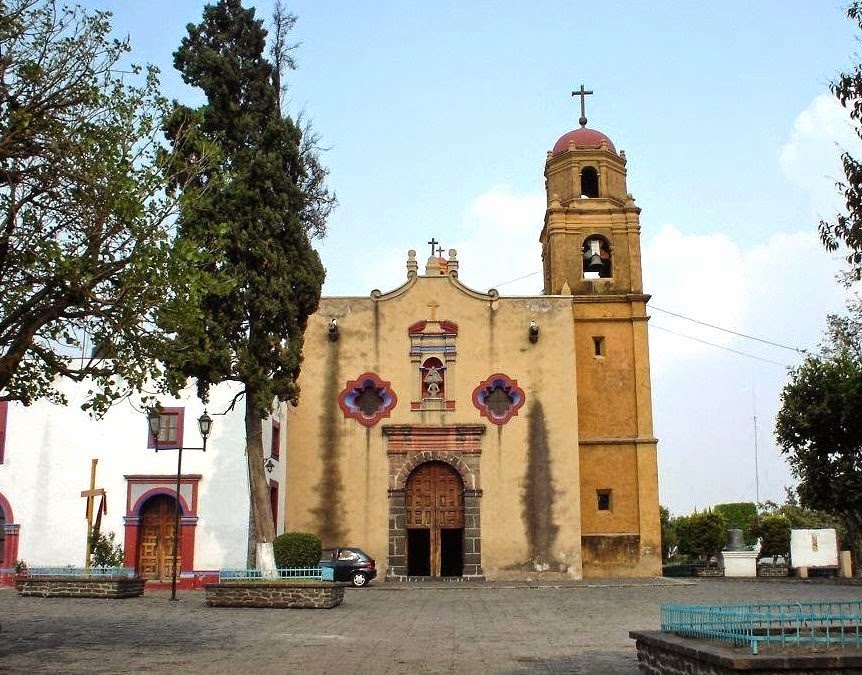 The imposing but generally undistinguished church front is dominated by its sober tezontle doorway, and the twin, moorish style windows to either side—part of a later remodel.
However, the principal item of interest in the facade is the finely textured, early stone statue of the richly robed Virgin in the center niche, standing on a globe supported by St Francis—another testament to local artistry. 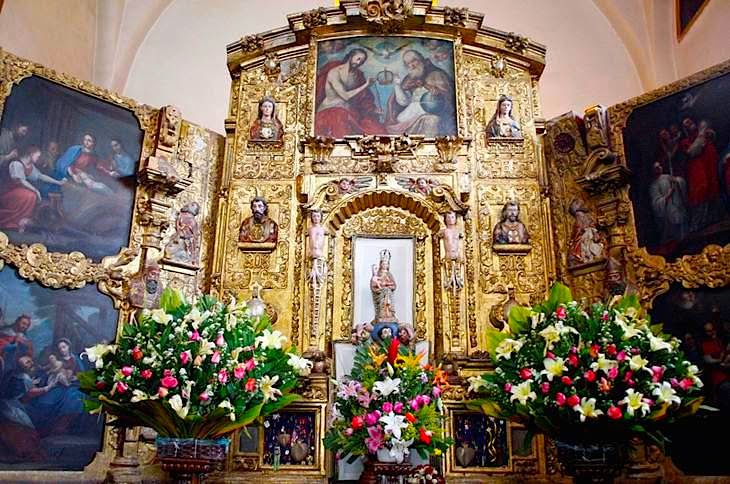 Inside the church an unusual, screen like, gilded retablo in intricate late baroque style showcases an exquisite painted alabaster statue of the Virgin Mary with Child, likely dating from the 16th century.
Housed in a center niche elaborately framed by pilasters with atlantean figures, the figure of the Virgin is again shown upheld by a kneeling St Francis—a sculpted image of later origin. 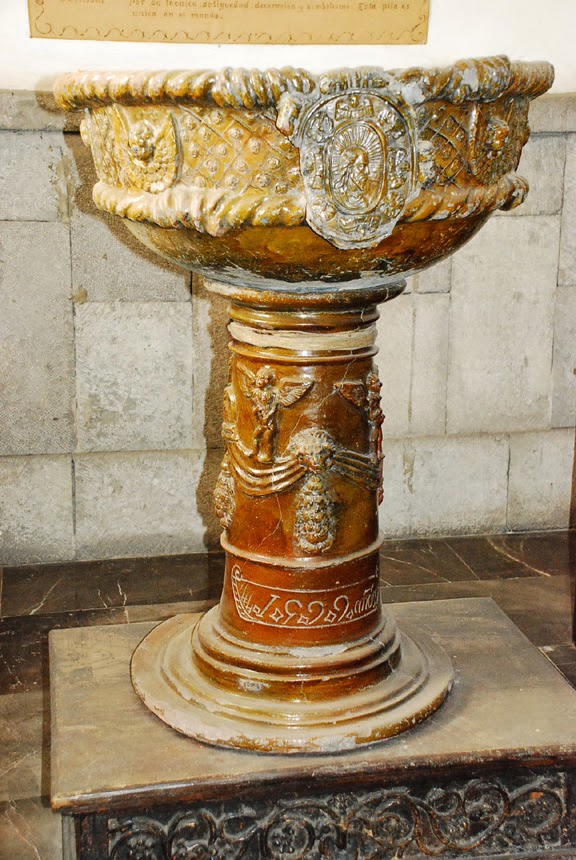 Finally, the baptismal font at Tepepan is a rare, possibly unique example of an early glazed ceramic font. It is dated 1599 by an inscription at the base—a time when ceramic work on this scale was uncommon in Mexico (it was formerly thought to be a Spanish import).
Prominent Franciscan knotted cords encircle the bowl which is inset with winged cherubs and an attached oval cameo of Christ. The separate supporting column is also adorned with angels and festoons.
text © 2015 Richard D. Perry. images by the author and courtesy of Felipe Falcón


We accept no ads. If you enjoy our posts you may support our efforts
by buying our guidebooks on colonial Mexico
Posted by Richard Perry at 12:17 PM