Santa Ana Zirosto, set in the volcanic hills of western Michoacán, was one of the largest Augustinian houses in the region with numerous visitas. Although the former convento and cloister are now largely leveled, the elegant Plateresque church has been reconstructed with a new beamed roof. The Atrium Cross
Mounted on a high stone base with a pyramidal top and a cord molding at ground level, the cross is isolated in the center of the windswept former atrium.


Reassembled from different carved stones, some older than others, the cross is largely ornamental in style with few overt Passion symbols. On both sides, the reliefs mostly consist of varied bands of floral motifs on the shaft, neck and arms, extending into the wedge shaped finials. 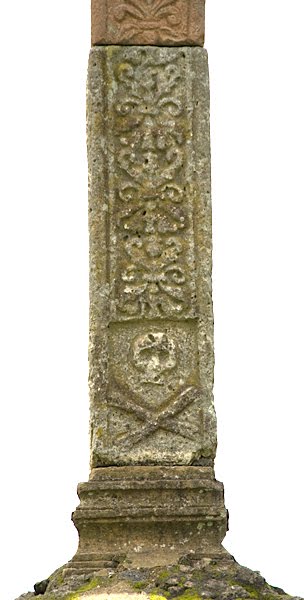 The only non decorative reliefs are the skull and crossed bones at the foot of the shaft on the front, and an unusual head with a feathered headdress and bow on the reverse side. 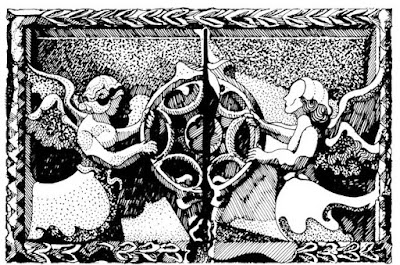 A more delicately carved panel showing angels bearing the Host is set into the base facing the church. 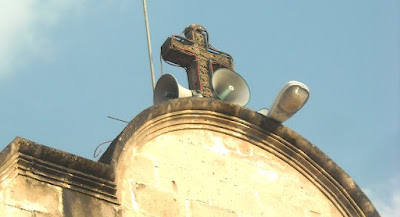 A smaller cross, carved in similar foliated style, stands atop the curving gable of the church.