Atlixco: The Third Order Chapel of St. Francis. 2. The Altarpiece

In our previous post we described the eclectic architectural detailing of this church. Here we look at the superb main altarpiece and its sculptures. 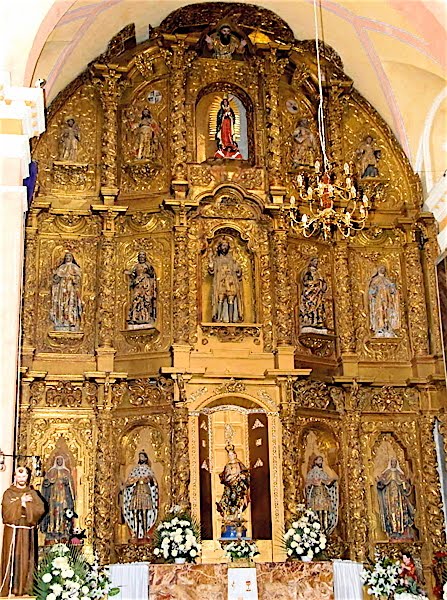 The Main Altarpiece
The richness of the chapel front is only exceeded by the more sophisticated, screen-like altarpiece inside. This gilded "Retablo de Los Reyes" dates from the mid 1700s and is framed by slender spiral columns banded with carved floral decoration and headed by sharply projecting slab capitals.
In keeping with the dedication of the church to the Franciscan Third Order, three tiers of statuary, housed in variously shaped niches, showcase a host of mostly Franciscan saints, prominent and obscure, and primarily Tertiaries, including those of royal blood from whom the retablo takes its name.
The 18th century statues are competently carved with conventional expressions, but are notable for the richness of their costuming and estofado detailing—appropriately for such aristocratic personages. 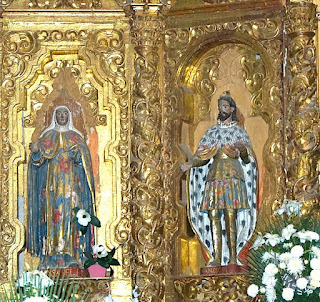 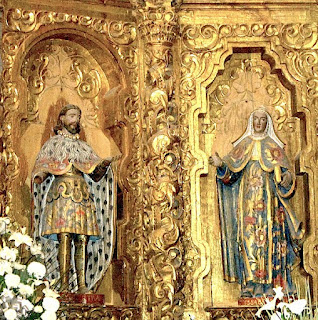 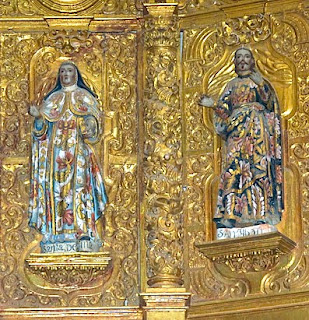 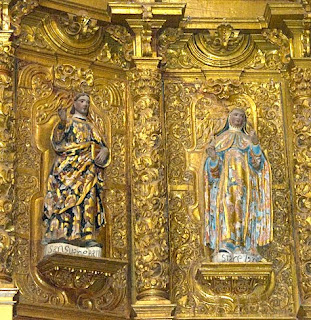 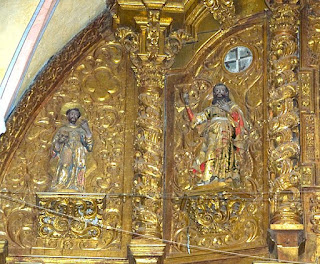 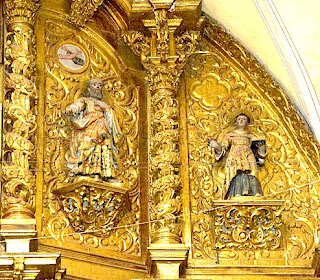 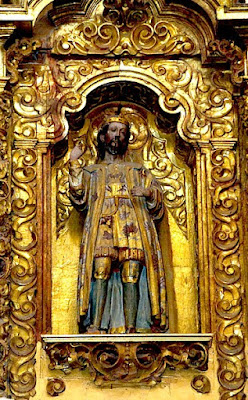 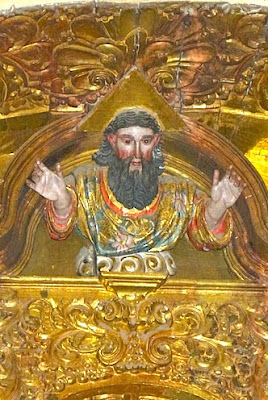 Curiously, the figure in the prominent center niche of the retablo is a relatively obscure French baron, one St. Elzear of Sabran, whose particular significance here is unclear, although several of the figures are from southern France.  However, the unusual position of some saints—the most important being found in the top tier, for example—suggests that their original placement has been altered.